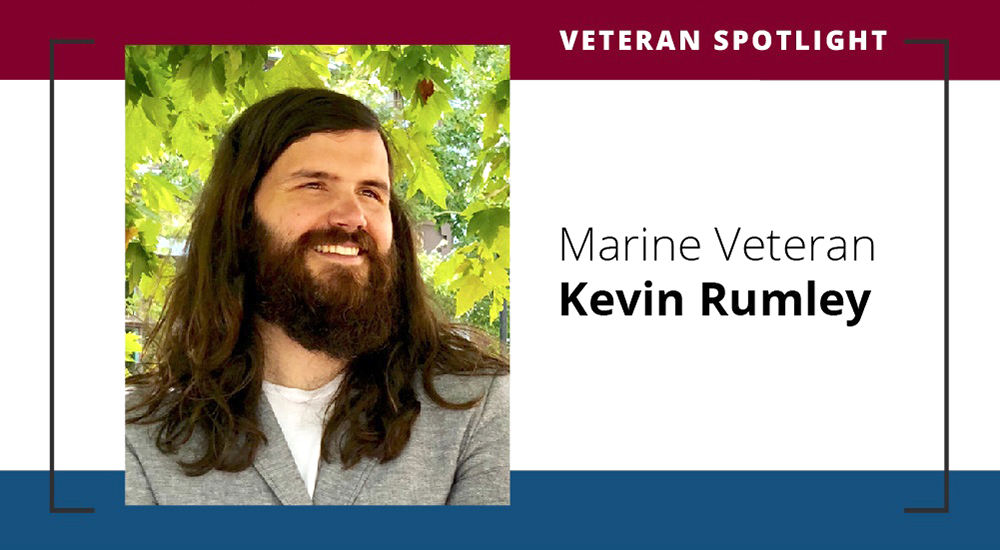 In 2007, journalist Sebastian Junger departed for Afghanistan to understand “what war actually feels like.” He observed, “It’s such a pure, clean standard that men can completely remake themselves in war. You could be anything back home… and it won’t matter because it’s of no consequence in a firefight.”

Junger did not meet Kevin Rumley, though his words still encapsulated the experience of the young Marine rifleman. Rumley joined the military for the exact reasons Junger described – it was a chance of evading the future for himself that was increasingly dependent on alcohol. Yet, his self-transformation in the Marines would prove to be a dry run.

Walked out of hospital after “May never walk again” prognosis

“You will likely never walk again.” Rumley heard the prognosis from his bed at Walter Reed hospital. An improvised explosive device (IED) along the Iraq-Syrian border was responsible for Rumley’s homecoming, as well as 32 ensuing surgeries.

Rumley’s will proved stronger than his doctor’s predictions. Eighteen months later, he walked out of Walter Reed, but not without significant pain.

The prescriptions Rumley received upon his discharge were intended to protect him from any lingering physical suffering. Instead, the pills proved as detrimental as the IED that made them necessary.

A new enemy: An American epidemic

Around the same time, another battle pertinent to Rumley’s future occurred nearby at the U.S. Food and Drug Administration (FDA) where the FDA began what would be a decades-long national fight against Purdue Pharma.

In 2007, the now infamous pharmaceutical company paid fines for mislabeling OxyContin, the opioid they produced as a non-addictive pain solution. Since OxyContin’s entrance to the market, opioid prescribing increased exponentially across America.

When Rumley’s prescription ended, his brain’s demand for the relief they offered did not. He describes the harrowing grip of addiction: “I lost my purpose in life. I lost my community.”

Soon, the disease introduced him to the justice system. Though his longest stay in jail was only a few days, he attributes his relatively minor consequences to the privilege he received as a white male. He recalled, “They chucked the cocaine I had, said ‘Thank you for your service,’ and let me go.”

“Recovery from substances is not a linear path. It takes many ups and downs,” Rumley reminded us. His road to recovery began when his father brought him to his local VA for an intensive 5-day treatment program. After 10 subsequent attempts at recovery, Rumley’s doctor suggested Suboxone, an innovative treatment with promising results.

“It ended up saving my life,” Rumley attested. “I had ideas around me being a failure if I took medications but my VA doctor reframed my thinking.” Rumley’s experience altered his understanding of VA’s role. “I realized every person at VA cared for me deeply both as a Veteran and as a person and truly wanted me to be healthy and whole. I started feeling necessary,” he added.

Through VA’s Veteran Readiness and Employment (VR&E), Rumley met Judge Marvin Pope, founder and presiding judge of Buncombe County Veterans Treatment Court. Pope’s restorative and individual approach has redefined the trajectories of countless Veterans in the justice system. Yet, it was his judgment outside the courtroom that told him to invest in Kevin Rumley.

On the front lines, at home

Rumley still interacts with VA’s justice and treatment programs daily as the director of Buncombe County Veterans Treatment Court. While Veterans feel strongly connected to Rumley based on their shared experiences, the Marine Corps Veteran is vigilant in ensuring he treats each Veteran with the unique treatment approach they deserve.

“We can’t have a cookie-cutter approach,” Rumley stressed. “It’s awesome that we have a system like VA that can honor that. We have so many pathways of healing available to every one of our Veterans, from hiking, classic modalities of care, consciousness work, to new experimental treatments.”

Rumley emphasized appropriate treatment as the most powerful tool against the enduring traumas of incarceration. VA strives to provide all justice-involved Veterans with the tools they need to thrive through programs like Veterans Justice Outreach and Health Care for Re-entry Veterans (HCRV).

Here is an important opportunity to learn about the relationship between Veterans and the criminal justice system, and understand how we can each support the 15,000 Veterans who reenter society after incarceration annually.

Rumley certainly has proved Sebastian Junger’s theory of one’s ability to remake themselves in (and after) war true. The journalist argued, “The only thing that matters is your level of dedication to the rest of the group, and that is almost impossible to fake.” If Junger met Rumley, he may seek a stronger word than dedication. In fact, he might just discover his next protagonist.