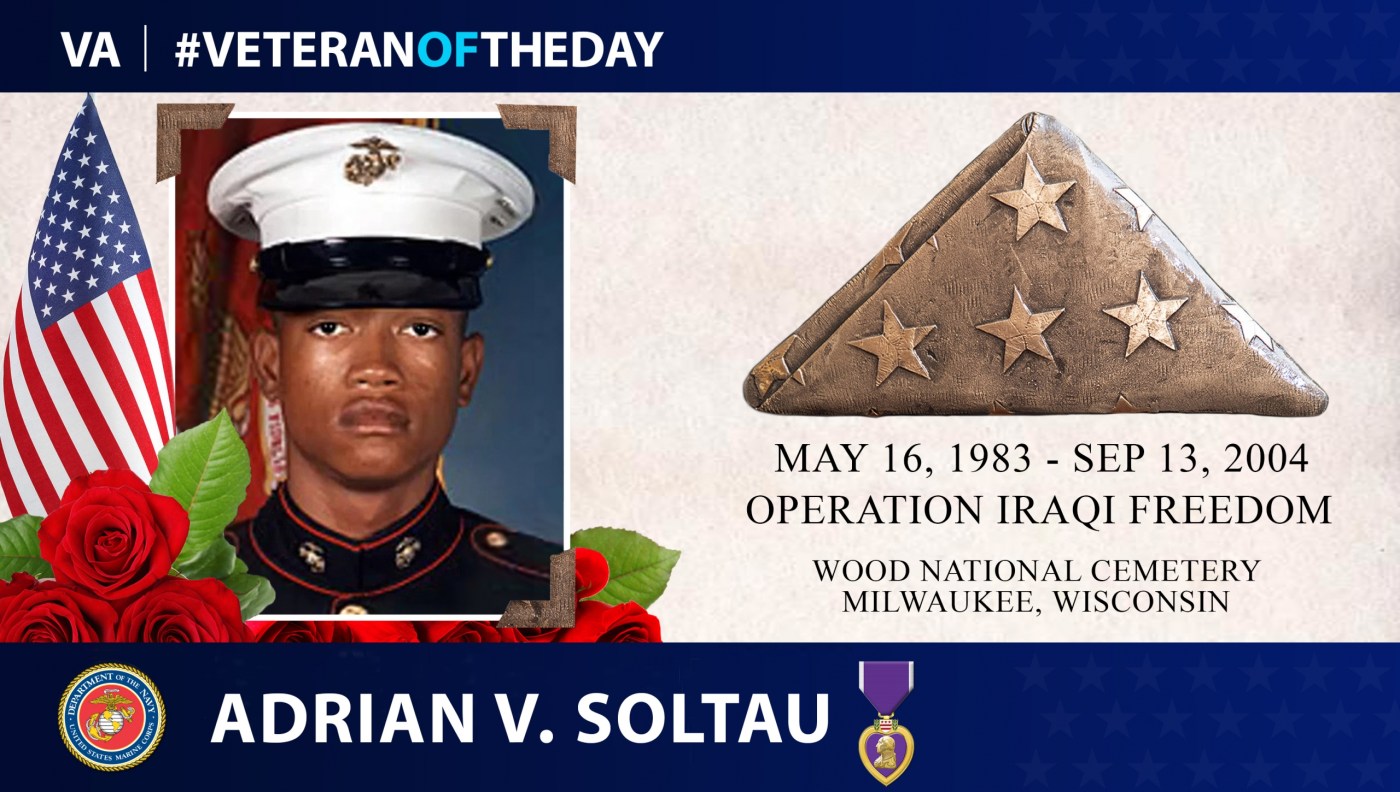 Today’s #VeteranOfTheDay is Marine Corps Veteran Adrian Valentine Soltau, who served in Iraq and was killed in action. His sacrifice is honored by the Carry the Load.

Adrian Valentine Soltau was born in May 1983 in Jamaica. He moved to the United States when he was 10 years old and attended school in Milwaukee, Wisconsin. He dreamed of one day becoming an electronics engineer, and he enjoyed watching war movies and playing video games.

He and his older brother, Andre Soltau, shared a good-spirited sibling competition. Soltau played football and baseball and became an honor student at Milwaukee Madison High School in 2001. He enlisted in the Marine Corps in August 2001; since his older brother had been serving in the Marines since 1999, he wanted to follow in his footsteps. His fellow platoon members called him “Salty.”

Soltau was a motor transport driver for the 3rd Assault Amphibian Battalion, 1st Marine Division, I Marine Expeditionary Force, based at Camp Pendleton, California. He deployed to Iraq twice for Operation Iraqi Freedom, the first phase of the Iraq War under President George W. Bush. Soltau served until September 2004, when he was killed in action in his second deployment by an explosion in Al Anbar Province, Iraq. He was the first African American from Wisconsin to be killed in Operation Iraqi Freedom.

Soltau had attained the rank of corporal. His courage in combat earned him a Purple Heart posthumously, and his other decorations include a Combat Action Ribbon, a National Defense Service Medal, a Global War on Terrorism Expeditionary Medal and a Sea Service Deployment Ribbon.

Soltau’s funeral was held at the Christian Faith Fellowship Church in Milwaukee, Wisconsin, and his remains are buried in Wood National Cemetery, also in Milwaukee.

To post a tribute this Memorial Day for Adrian Valentine Soltau, please visit the Veterans Legacy Memorial at https://www.vlm.cem.va.gov/ADRIANVSOLTAU/A1370AE.