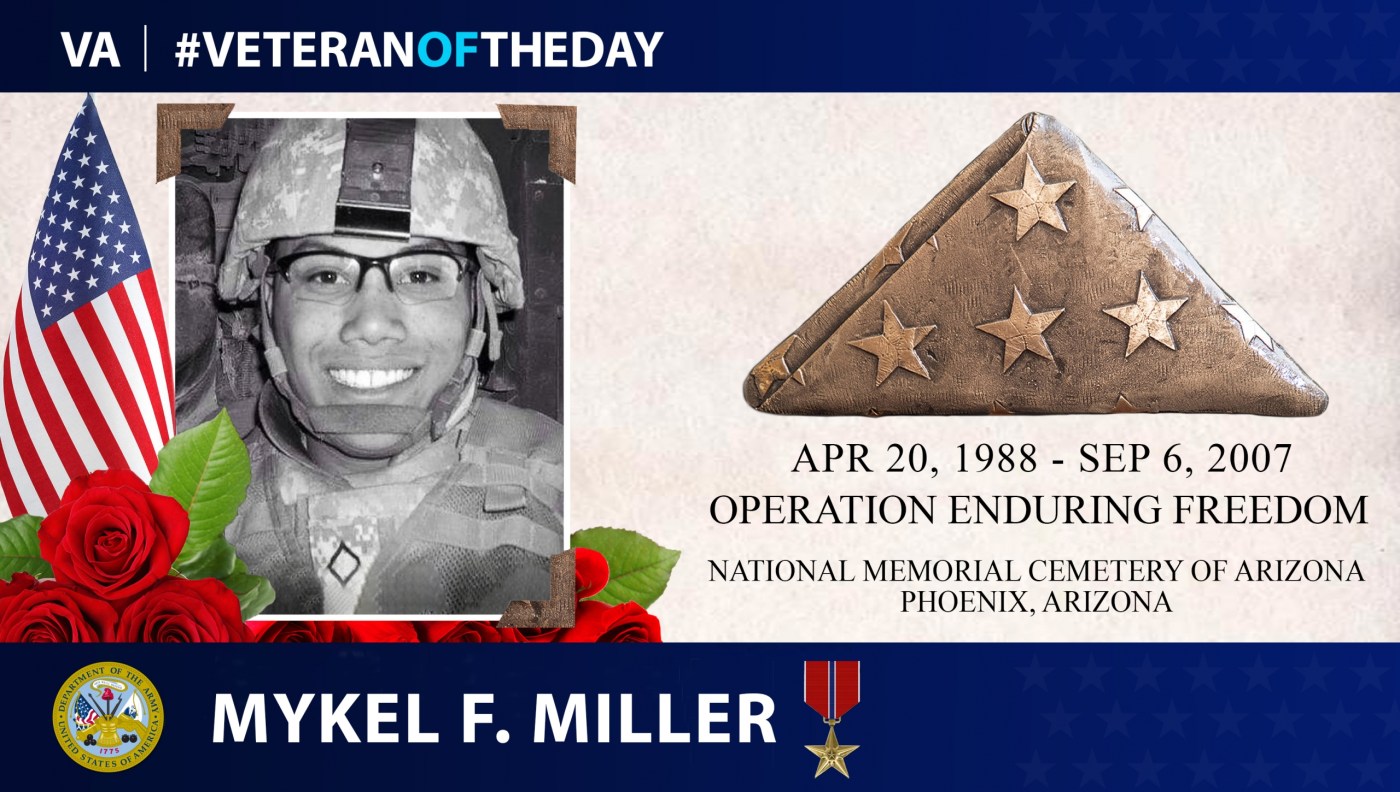 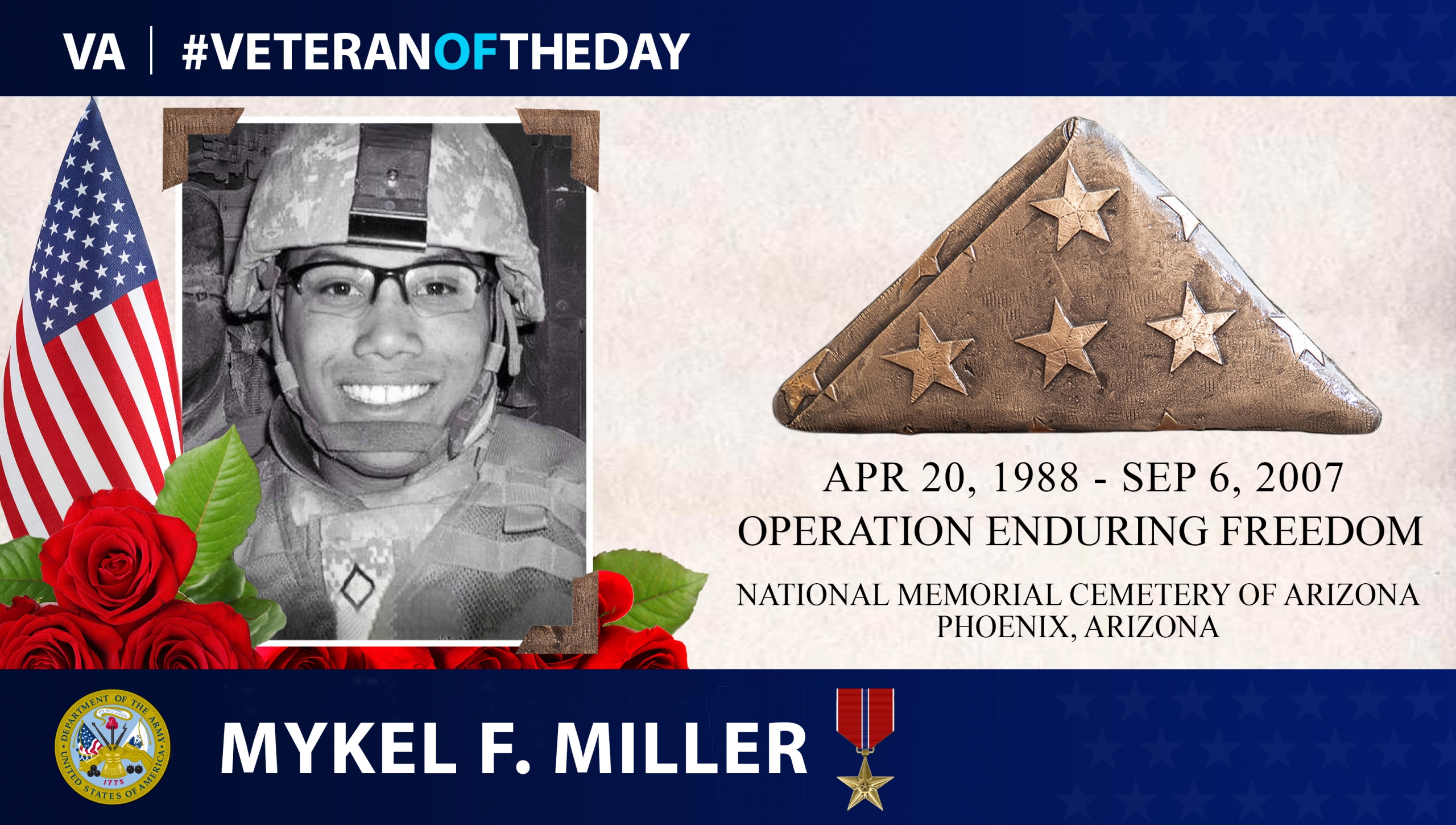 Mykel F. Miller was born in April 1988 in Phoenix, Arizona, but grew up in the nearby town of Ahwatukee. Miller enlisted in the Arizona Army National Guard while he was attending Desert Vista High School in 2005. He graduated high school in 2006 and traveled to Fort Benning, Georgia, for basic and infantry training.

Following graduation, Miller was assigned to Company B, 1st Battalion, 158th Infantry Regiment, located in Arizona. His unit deployed to Afghanistan in January 2007 in support of Operation Enduring Freedom, which was a part of the larger Global War on Terrorism. Miller arrived in Afghanistan in March. There, he served with the 3rd Squad, 3rd Platoon, Bravo Company. He was also a part of the Provincial Reconstruction Team Qalat.

In September 2007, as Miller took part in a ground assault convoy mission in Zabul Province, an improvised explosive device (IED) hit his vehicle. He died from the wounds he sustained in the explosion.

Miller’s mother, Maria, spoke to The American Fallen Soldiers Project saying, “We are so proud of Mykel as he ‘lived’ more in 19 years than many people do in a lifetime. He approached every situation with iron will determination and a great sense of humor. Mykel will be greatly missed by his family and friends but remembered as a patriot and hero.”

Miller is buried at the National Memorial Cemetery of Arizona in Phoenix. His gravesite rests along the West Coast route of the 2022 National Relay, which will be visited today, May 15. To post a tribute this Memorial Day for Mykel F. Miller, please visit the Veterans Legacy Memorial.