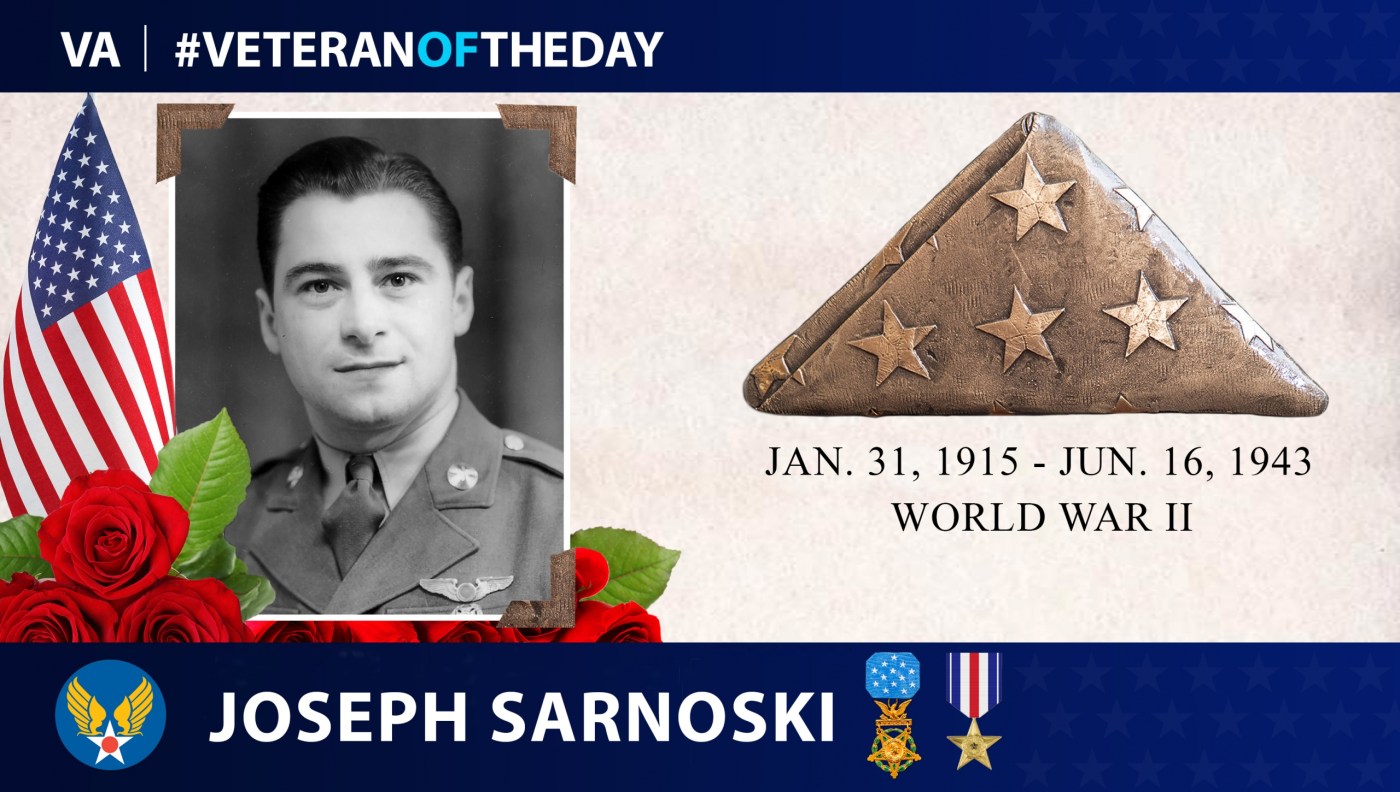 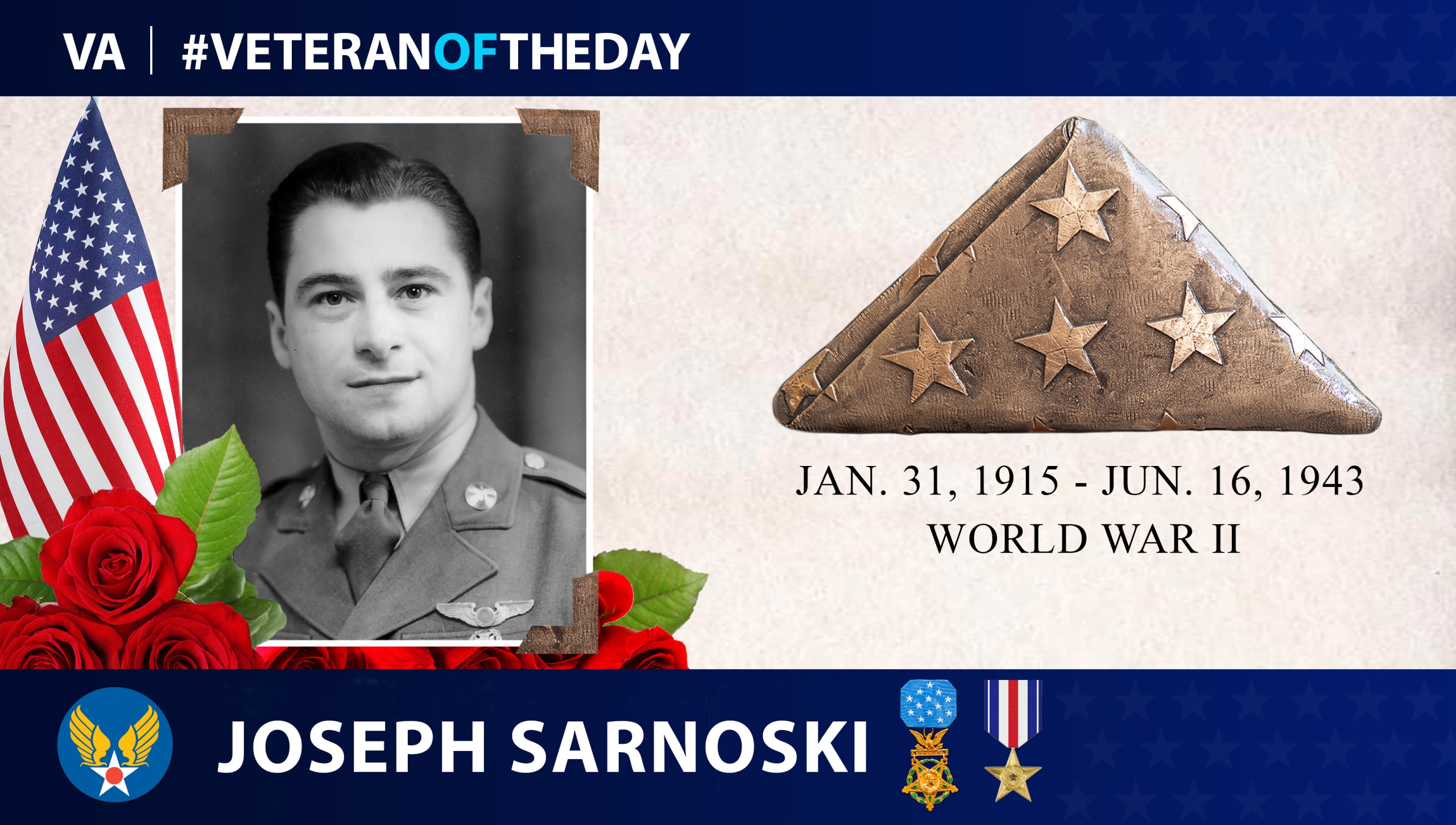 Joseph R. Sarnoski was a bombardier for the Army Air Corps and later Army Air Forces who served in the Asiatic-Pacific Theater during World War II. He was born in January 1915 as the second of 17 children in Simpson, Pennsylvania. He enlisted in the Army in March 1936, shortly after turning 21. After completing basic training, he was assigned to the 2nd Bomb Group in Langley Field, VA, where he served as a private for three years, and where he met and married his wife, Marie. Sarnoski took a course in advanced armament aircraft in Langley Field and had additional training in Lowry Field, Colorado. He graduated from the Air Corps Technical School in bomb sight maintenance.

Sarnoski was an aircraft armorer and then a B-17 Flying Fortress bombardier for the 2nd Bomb Group’s 41st Reconnaissance Squadron until 1941. Then, he was promoted to staff sergeant at Langley Field and served as a B-17 bombardier and bombing instructor with the 43rd Bomb Group’s 65th Bomb Squadron. With this unit, he traveled to Australia and to New Guinea over the course of two years. He earned a Silver Star in combat.

In May 1943, Sarnoski was commissioned as a second lieutenant, and he voluntarily became a bombardier for an aircraft crew flying over the Buka area of the Solomon Islands. On this mission, he shot down two fighters from his B-17’s nose gun, which was the first of 20 enemy fighters to attack, making it possible for the pilot flying his aircraft to finish his planned path. Sarnoski was killed in action in June 1943 after he continued to fire at the enemy while wounded, until he could no longer, collapsing on his guns.

Sarnoski was awarded the Medal of Honor for his efforts on this mission. He was originally buried in New Guinea but is now buried in the National Memorial Cemetery of the Pacific in Hawaii.