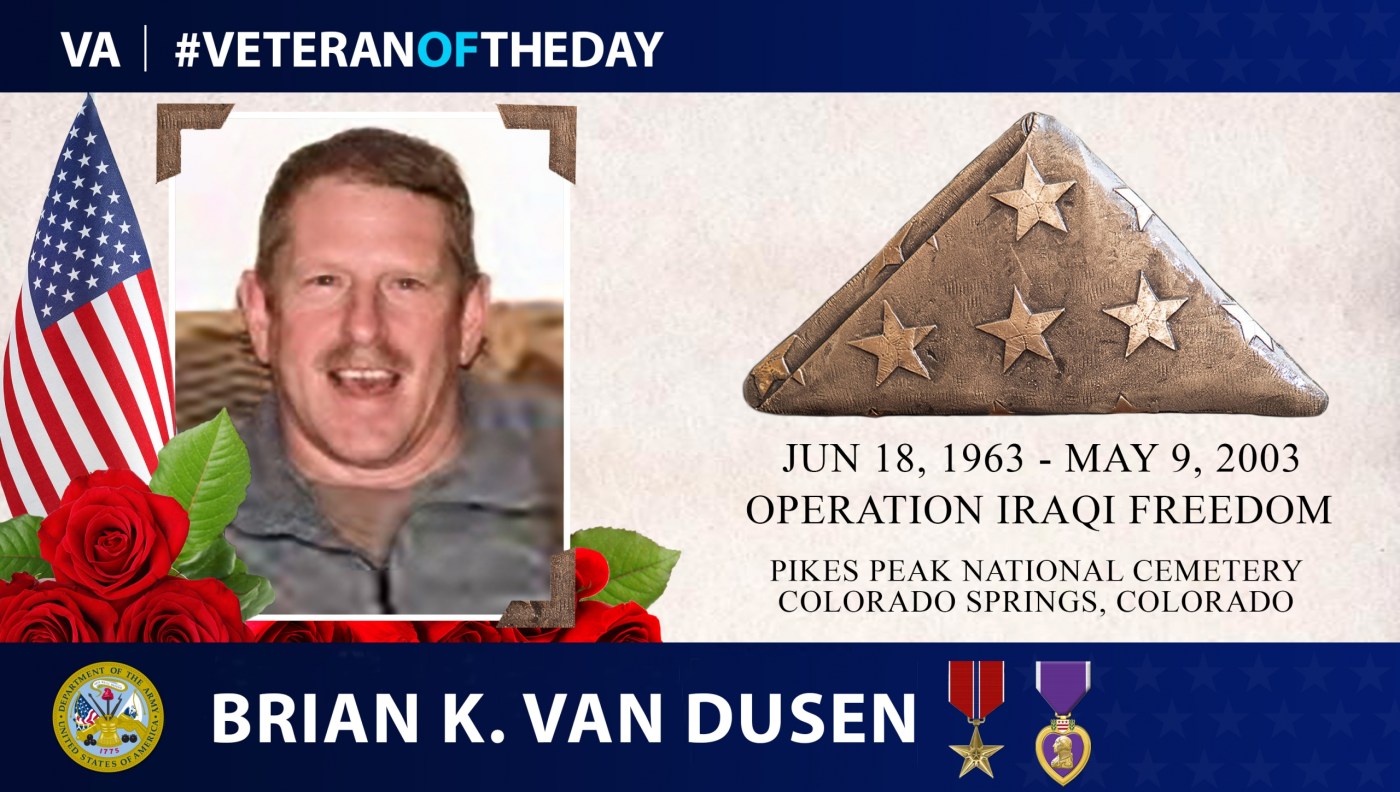 Brian Keith Van Dusen was born in Columbus, Ohio, in June 1963. He enjoyed spending time with his family, racing motorcycles, skiing, hunting deer and pheasants, playing golf, scuba diving, fishing and playing softball. He lived with his wife and two children in Colorado Springs, Colorado. He joined the Army because “he believed in saving lives, not taking them,” as reported by his brother, David Van Dusen.

In early May 2003, two UH-60A Black Hawk helicopters were dispatched to evacuate an injured 11-year-old Iraqi child that had stepped on a landmine near Samarra, Iraq. The evacuation was successful, but during the mission, Van Dusen’s helicopter inadvertently snagged a seven-strand, one inch-thick steel cable and flipped over, causing it to plunge 20 feet into the Tigris River below. Van Dusen and two other soldiers were killed. The crash was classified as a hostile action.

For his service, Van Dusen was awarded a Bronze Star, a Purple Heart and an Air Medal. He was given a memorial service at Holy Family Catholic Church in Security, Colorado, and was later honored by the 3rd Armored Cavalry Regiment with a memorial dedicated to the fallen service members who served in Operation Iraqi Freedom. His remains were interred at Pikes Peak National Cemetery in Colorado Springs, Colorado, in April 2019.

To post a tribute this Memorial Day for Brian Keith Van Dusen, please visit the Veterans Legacy Memorial at https://www.vlm.cem.va.gov/BRIANKEITHVANDUSEN/3AB7EF7.