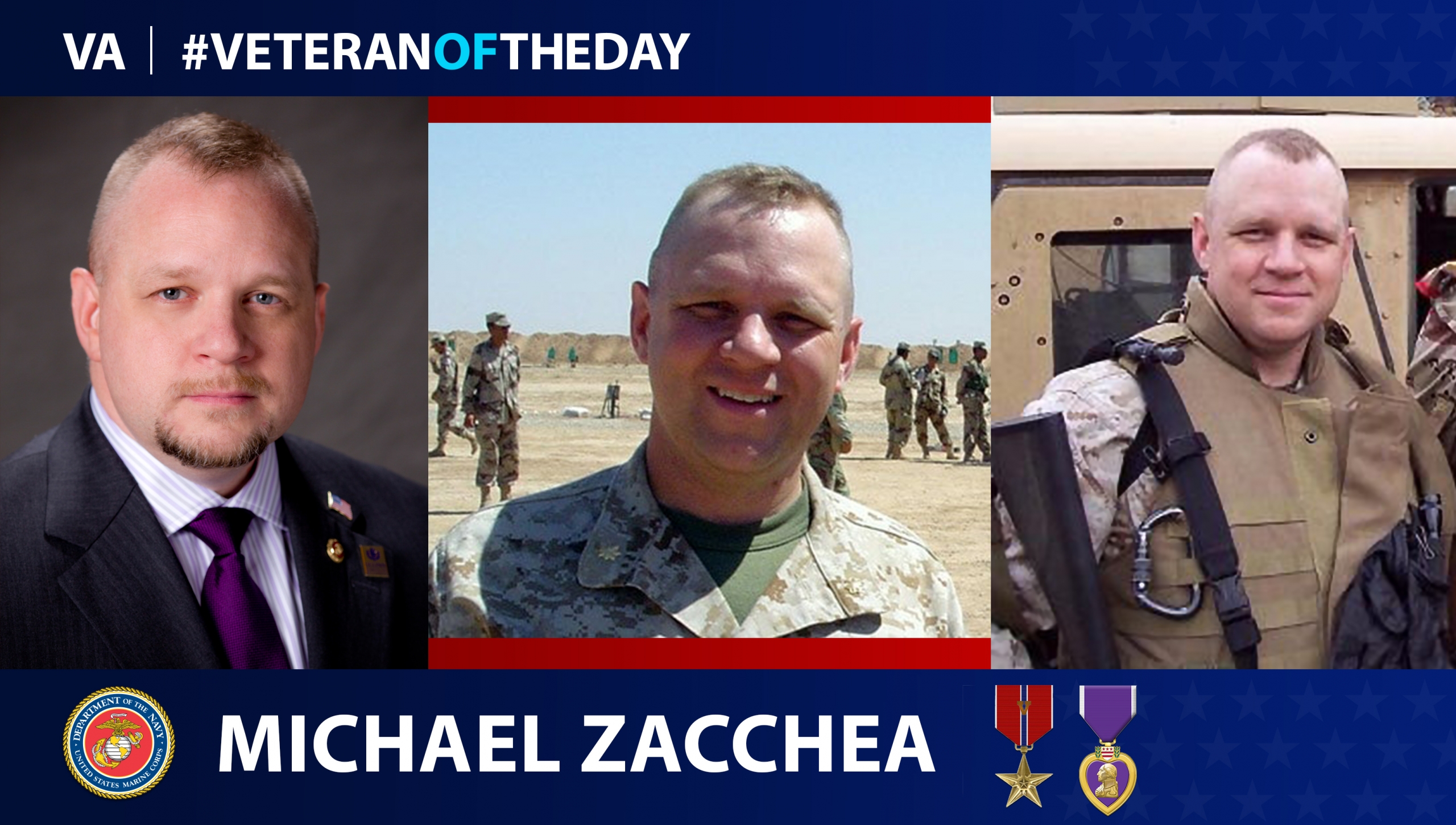 Michael Joseph Zacchea was born in Flushing, New York, in 1968. He came from a military family, where both his father and grandfather were Marines, as were many of their friends. While growing up, the young Zacchea would listen as his family and friends shared stories about serving in the Marine Corps.He attended the University of Notre Dame in Indiana, where he received a bachelor’s degree in the classics. He later earned a master’s degree in business from Hawaii Pacific University.

Zacchea enlisted in the Marine Corps two weeks after his 17th birthday and was commissioned a second lieutenant in 1990. He was deployed to Somalia and Haiti, and served as a recruiter, an artillery commander and a battalion assistant operations officer. In March 2004, having been promoted to major, Zacchea deployed for Operation Iraqi Freedom II as an American military advisor. Over the following months, he trained and led his battalion in combat.

In late 2004, Zacchea’s battalion fought in Operation Phantom Fury in Fallujah. He was wounded by a blast from a rocket-propelled grenade but refused to be evacuated, not wanting to leave his men behind. He suffered a traumatic brain injury and was later medically retired from the Marine Corps.

Zacchea’s first civilian employment was a desk job at a Wall Street firm, but he was unhappy with the work and began studying part-time at the University of Connecticut, earning a master’s degree in business administration. While attending graduate school, Zacchea learned about the Entrepreneurship Bootcamp for Veterans (EBV), a successful program based at Syracuse University in New York that was designed to help Veterans and their families start their own businesses. He duplicated their approach and founded an EBV program at the University of Connecticut. Since 2009, this program has helped Veterans to launch more than 150 businesses and over 400 jobs.

“The military is much more entrepreneurial than people think,” Zacchea said in a 2021 interview with Forbes. “Especially small-unit leaders in the military who are essentially running a small business.”

Zacchea medically retired from the Marine Corps at the rank of lieutenant colonel. He received many honors, including two Bronze Stars for Valor, a Purple Heart, a Navy and Marine Corps Achievement Medal, a Combat Action Ribbon and an Iraq Campaign Medal. To date, Zacchea is the only American to have received the Order of the Lion of Babylon award from the government of Iraq.