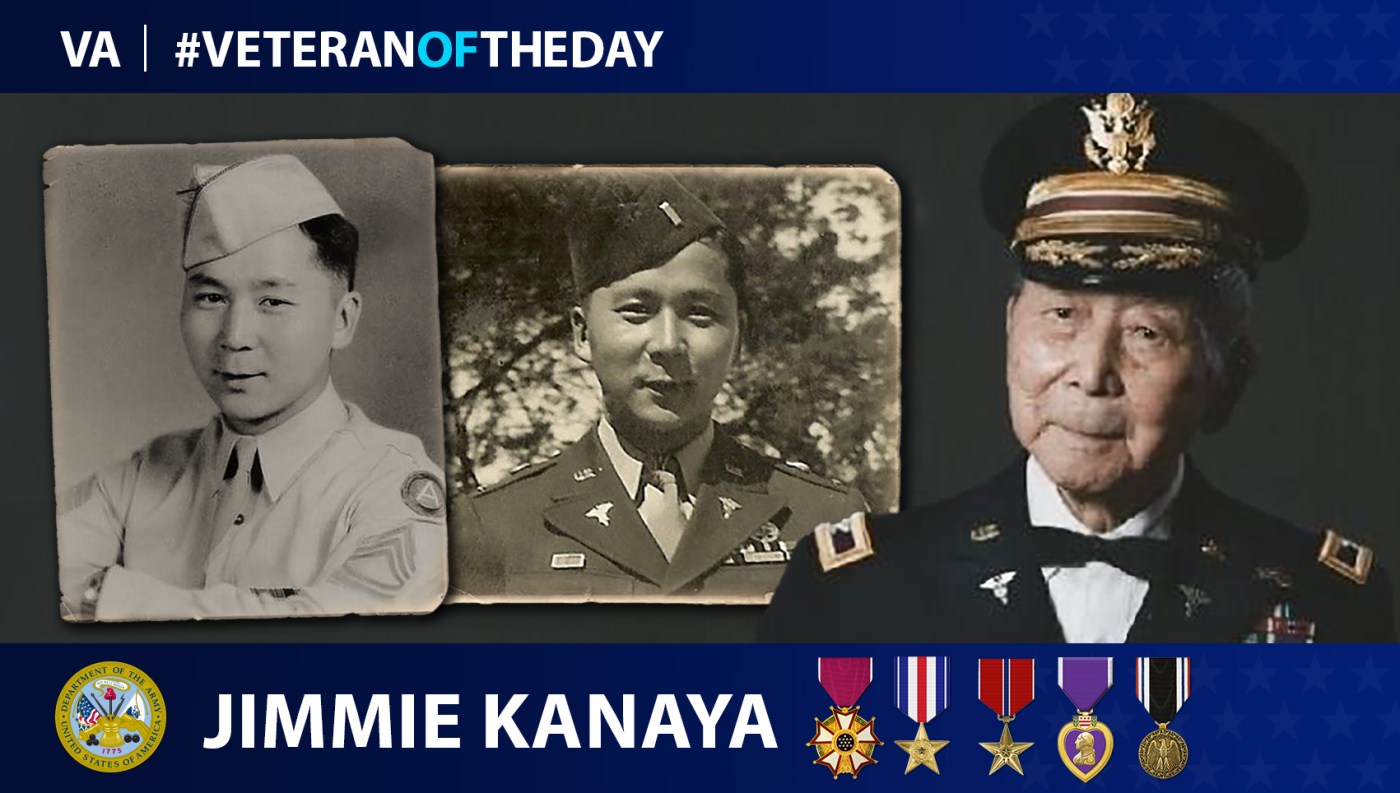 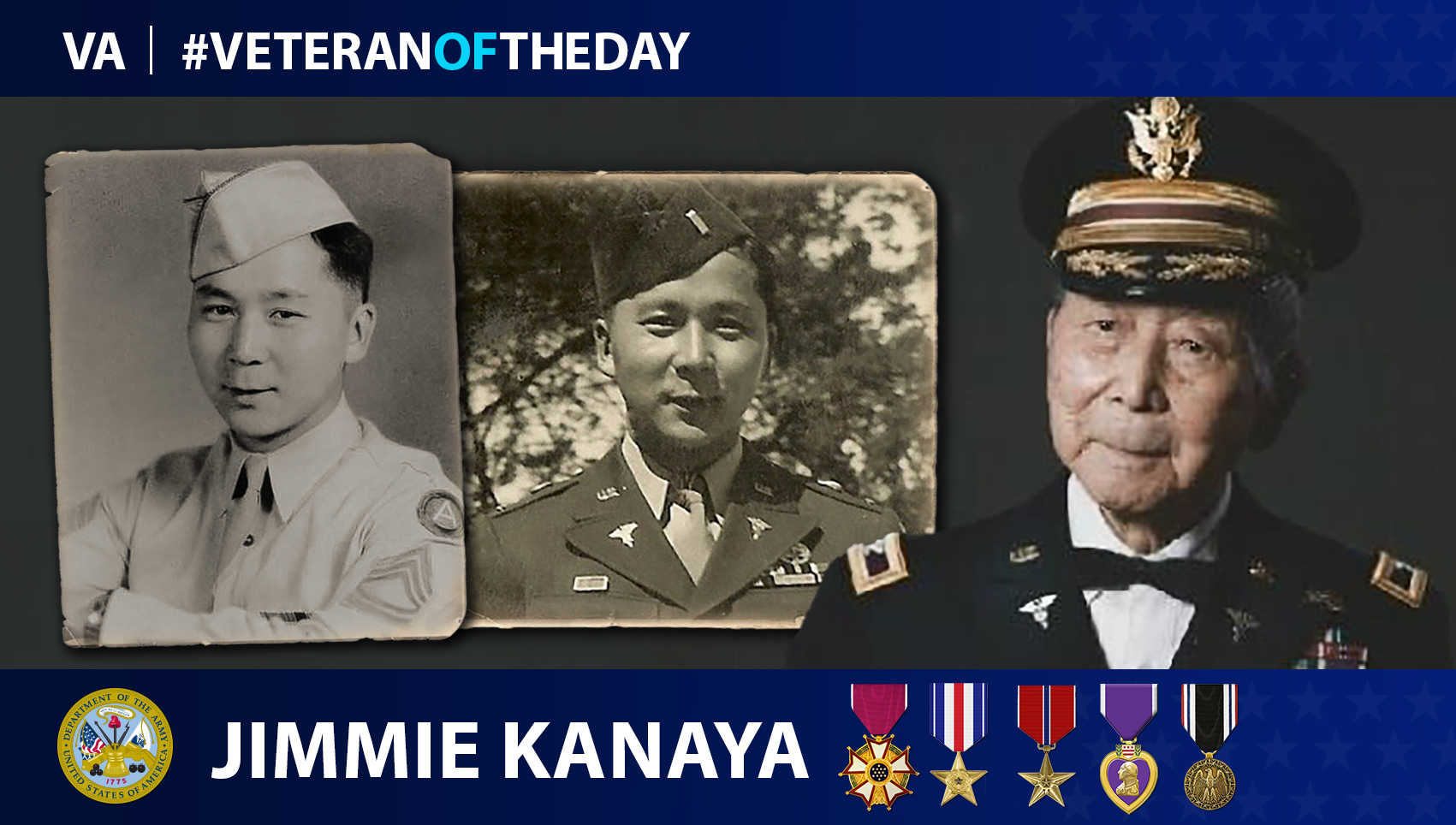 Today’s #VeteranOfTheDay is Army Veteran Jimmie Kanaya, who served as a medic during World War II, the Korean War and the Vietnam War.

Jimmie Kanaya was born in Clackamas, Oregon, in October 1920. Growing up, he was impressed by the military, with both the National Guard and the Navy having a presence in the area. With World War II escalating abroad, Kanaya enlisted in the Army in April 1941.

After joining, he started basic training at Hamilton Field, an Army Air Corps base north of San Francisco, California. Kanaya thought he was going to become a mechanic. Instead, after two months of training, he was reassigned as a medic at Hoff General Hospital in Santa Barbara, California. After the enactment of Executive Order 9066, Kanaya was moved to Camp Crowder in Missouri. He received a 10-day pass to help his family prepare for their internment at the Minidoka War Relocation Center in Idaho. Kanaya visited his family twice at the camp.

With the rumor of an all-Japanese-American regiment’s formation circulating, Kanaya volunteered to join the unit. On Feb. 1, 1943, he was assigned as a technical sergeant of the medical detachment to the 442nd Regimental Combat Team, based at Camp Shelby in Mississippi. In June 1944, the unit deployed to Italy. During this campaign, he worked to evacuate the wounded, gaining recognition and receiving a battlefield commission as a second lieutenant.

In October 1944, German forces captured Kanaya while evacuating wounded troops near Biffontaine in southern France. He became a prisoner of war and was taken to Oflag 64 in Poland. In January 1945, the prisoners of Oflag 64 were forced to walk 380 miles on an eight-week march to Oflag XIII-B in Hammelburg, Germany. Kanaya lost 45 pounds during this march; over 1,000 prisoners died. After the Allies tried to free the prisoners in Hammelburg, he was sent to another camp in Nuremburg. There, he tried to escape three times, including one attempt where he hid for 10 days but had to come back to the camp having no food. In April 1945, the camp was liberated.

After the war, Kanaya was assigned as a translator and interrogator for the Allied Translator and Interpreter Services in Tokyo. He served in a similar role in South Korea during the Korean War. In 1962, he was sent to South Vietnam, serving in the Military Assistance Advisory Group’s Medical Department Operations where he was a training advisor to South Vietnamese forces. While in the military, he also received his bachelor’s and master’s degrees in education. In September 1974, Kanaya retired as a colonel.

For his military service, Kanaya received a number of awards and medals, including a Silver Star, a Legion of Merit, a Bronze Star with Valor and two Oak Leaf Clusters, a Purple Heart, a Prisoner of War Medal, a Presidential Unit Citation and a Congressional Gold Medal. Kanaya died in November 2019 and is buried at Arlington National Cemetery in Virginia.