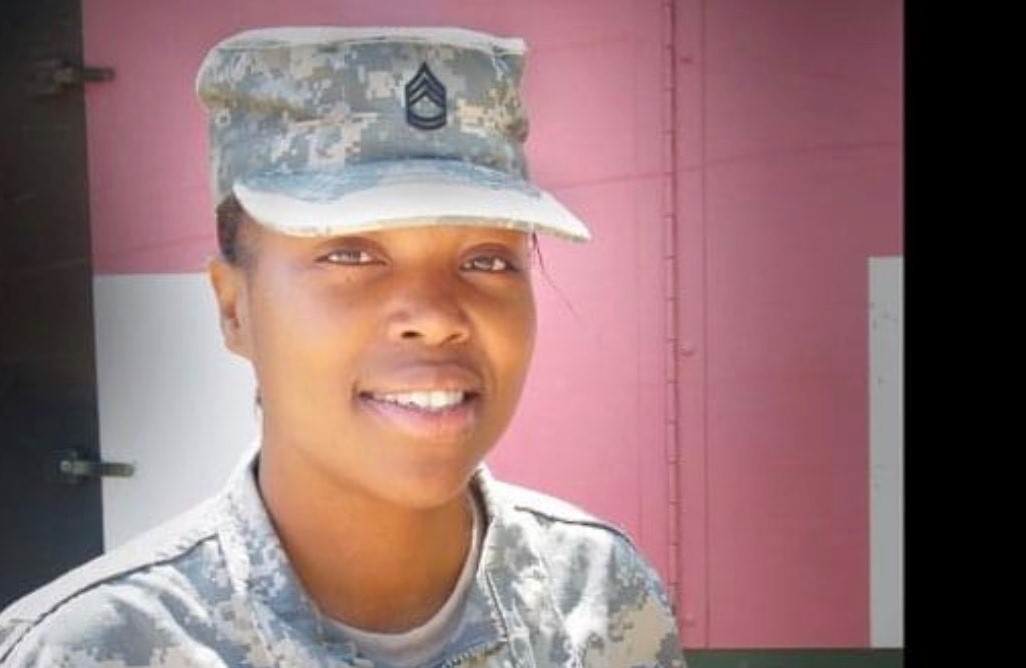 Shimeca Tillis was selected for the 2022 Secretary’s Award for Nursing Excellence in the Role of Registered Nurse. Part of the South Texas VA, she received her award from VA Secretary Denis McDonough in early May 2022.

She has all the accolades of an awardee: Reduced readmission rates, cost saving initiatives, increased home telehealth patient censuses and many other highlights that take two pages to list. All of that is made possible by something not found in a document… her passion for nursing.

She accomplished these things as a home telehealth nurse, but home nursing is something she started long before she walked into that VA job fair in 2018.

Growing up in Alabama, Tillis and her mother lived with her grandparents. Her grandmother was very sick. Her mother worked nights, leaving young Shimeca to take care of her grandmother.

“I kind of took on that nurse role fairly early,” Tillis said. “Around 10 years old, I was able to give injections, take blood pressures and adjust medications. From that point, I knew I wanted to further my career in the medical field, especially as a nurse.”

She did just that, enlisting in the Army right out of high school and then selecting medic for her MOS.

It was a great match for the motivated Tillis, transitioning from her medic duties at home into an LVN. She took on roles with added responsibility, like the Army nurse case manager and Wounded Warrior’s Squad Leader’s programs with the Army Medical Department.

Her military career went according to plan; she made making sergeant first class in under 13 years; she completed two combat tours, spending 14 months in Bagram, Afghanistan, and then a tour to a detainee center in Baghdad, Iraq.

But her resilience was called ino action when she learned she had a brain tumor.

“I wound up having five brain surgeries between 2013 and 2015, and it was a really low, uncertain time for me,” Tillis said. “I was told I was going to be discharged once my surgeries were complete.”

Tillis struggled, like many Veterans, with her new-found civilian life. Her entire identity was the military, she said. “I just motivated myself up out of that hole to go to school and get my RN.”

Once she completed her degree, she began looking for employment at VA.

“After applying to VA, I had a couple of applications that didn’t make it,” Tillis said. “I applied about five times.” Eventually she was hired.

Tillis’ work and leadership are well documented within the Congestive Heart Failure PACT and the Inpatient Midlevel Cardiology Team. She was instrumental in developing the team that identified high risk patients who were vulnerable through the pandemic. They increased this census from 568 to more than 1000.

Besides anticipating her own daughter graduating from nursing school this fall, Tillis has set a goal for herself to complete a post-masters nursing leadership certification.

“I figured I’m a leader, it’s in me, and a goal is something I cannot run from,” Tillis said.