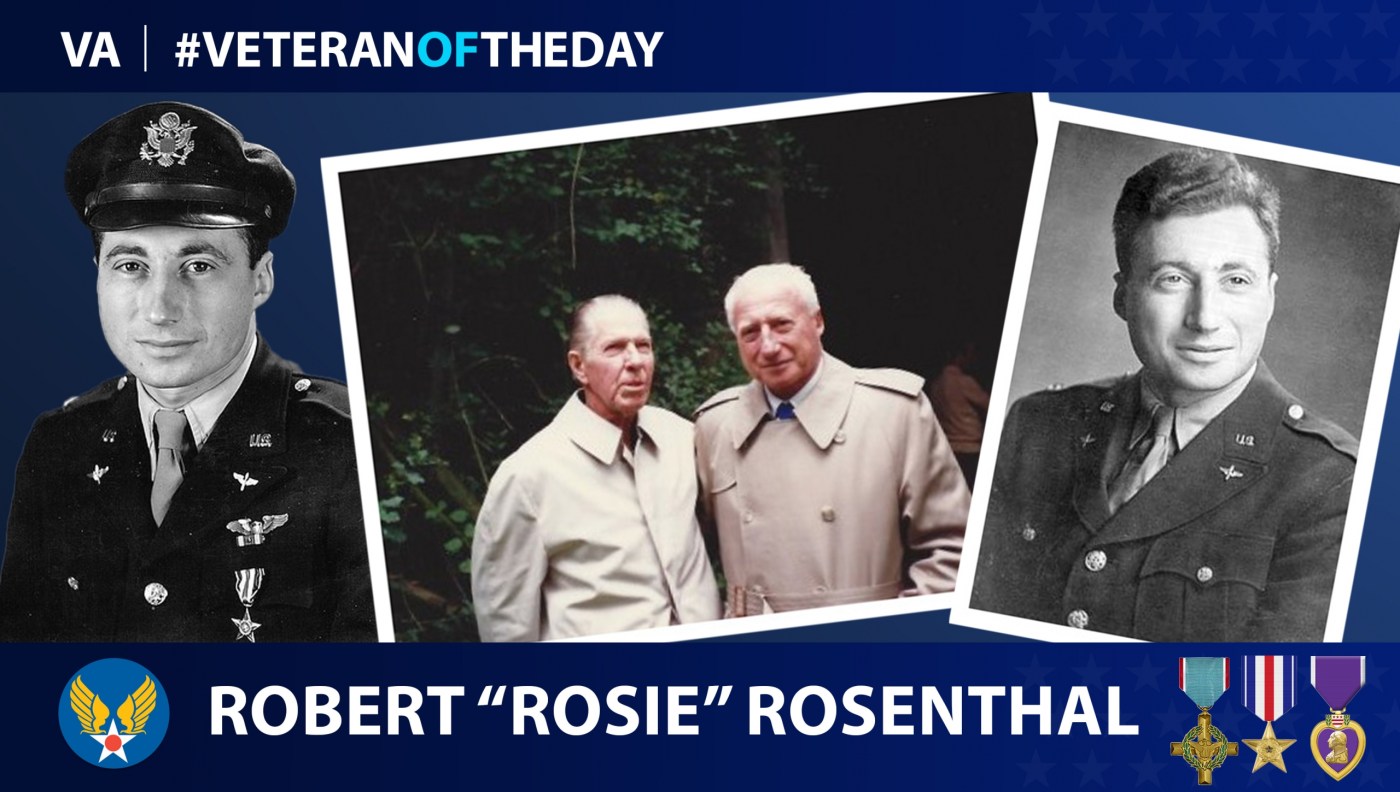 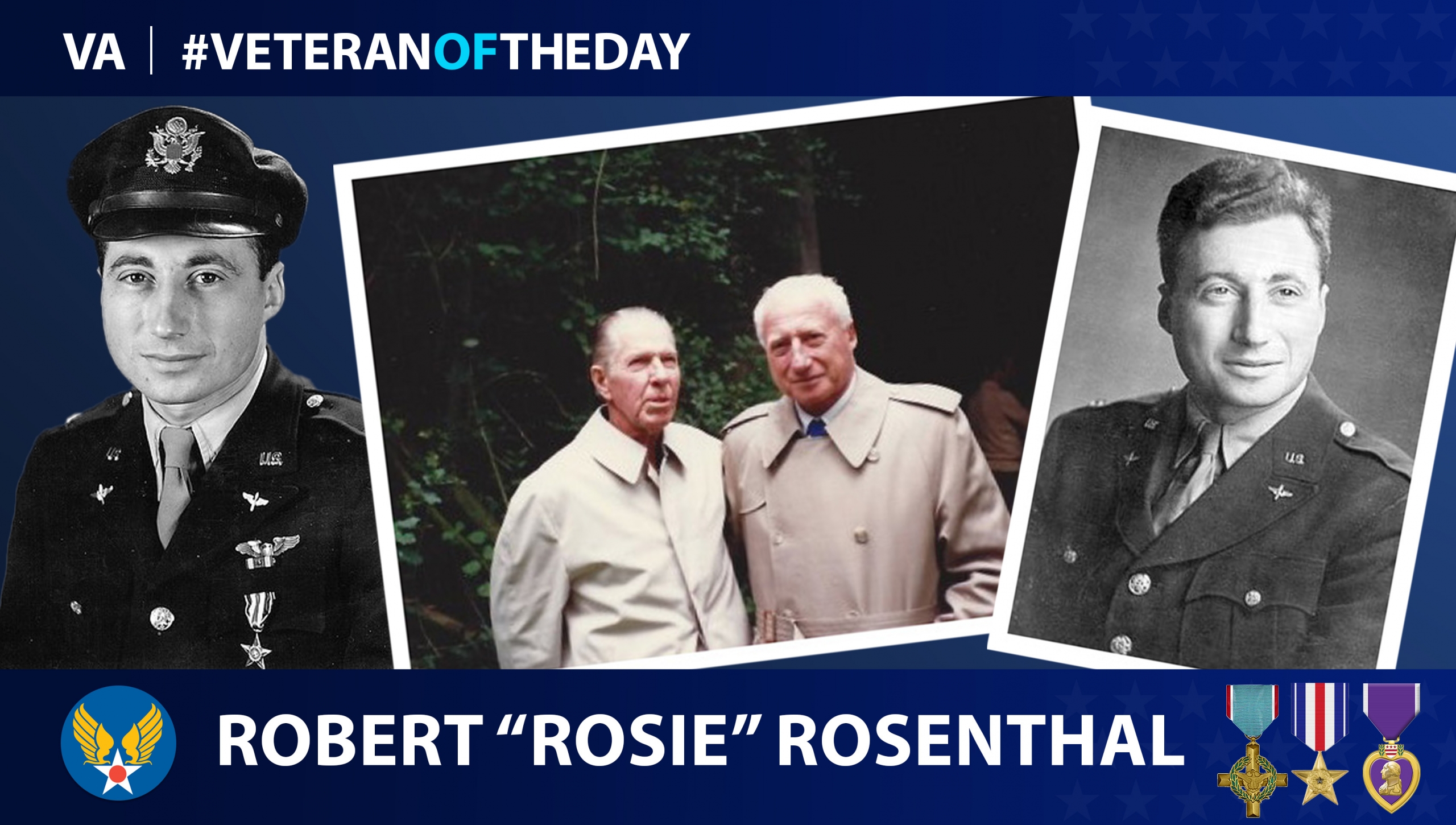 Robert “Rosie” Rosenthal was born in Brooklyn, New York, in June 1917. Before his enlistment, he graduated from Brooklyn College and was an honor graduate of Brooklyn Law School, after which he started working at one of the largest law firms in Manhattan, New York. Rosenthal enlisted in the U.S. Army Air Forces the day after the Imperial Japanese Navy launched its attack on Pearl Harbor on Dec. 7, 1941. His son, Dan Rosenthal, recalls about the time he asked his dad why he joined the Army Air Forces and became a bomber: “He felt that was the best way of causing the greatest amount of damage to the enemy.”

Rosenthal was commissioned an aviation cadet but eventually worked his way up to lieutenant colonel by March 21, 1945. After completing his pilot training, he joined the 418th Squadron of the 100th Bombardment Group in August 1943, which was stationed at Thorpe Abbotts in England. By March 1944, Rosenthal and his crew, nicknamed “Rosie’s Riveters,” had completed their 25-mission combat tour with their B-17F, but Rosenthal chose to extend his tour, which increased his total missions to 52.

During his extended tour, Rosenthal became a commanding officer of the 350th and 418th Bombardment Squadrons. Throughout his service, Rosenthal faced danger in many missions. One of them was on Feb. 3, 1945, when he was shot down near the Oder River line after successfully dropping his payload during a bombing run on Berlin. His bomber was in flames after a direct hit. Rosenthal stayed inside until his crew was able to bail out, then he parachuted at an altitude around 1,000 feet, suffering from a broken arm and a sprained ankle. Eventually, he was recovered by the Soviet Army and taken to Moscow, then to England. Because of his actions during the mission, Rosenthal received his second Purple Heart. He received his first Purple Heart on Sept. 10, 1944, after crash landing in occupied France and sustaining a broken arm and nose.

Rosenthal received many other awards for his actions, including a Distinguished Service Cross from both the United States and Great Britain, two Silver Stars and a French Croix de Guerre. After the war was over, he was also notably included as an assistant to the U.S. prosecution during the Nuremberg Trials, in which he interrogated high-ranking Nazi Hermann Göring. In 2006, Rosenthal and his bomber crew were inducted into the Jewish-American Hall of Fame.