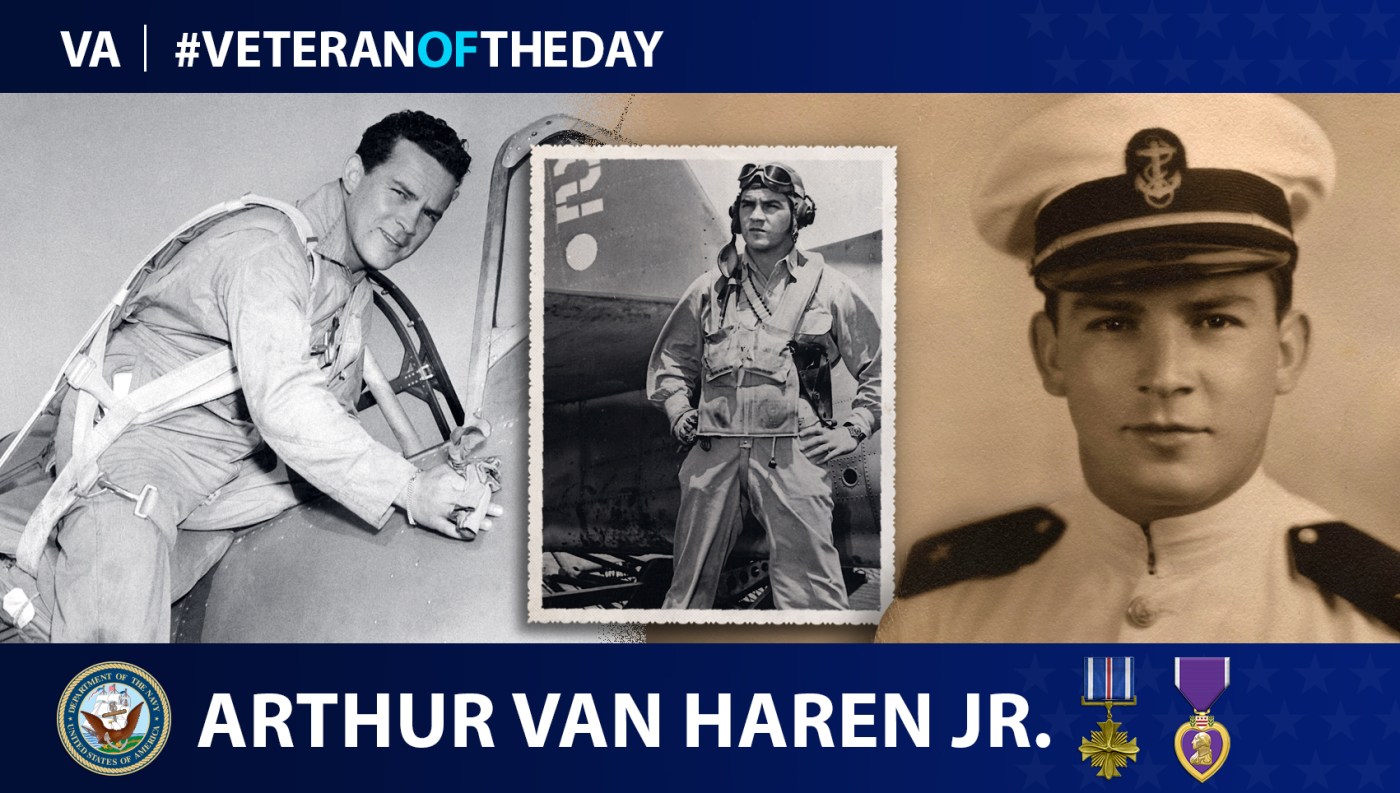 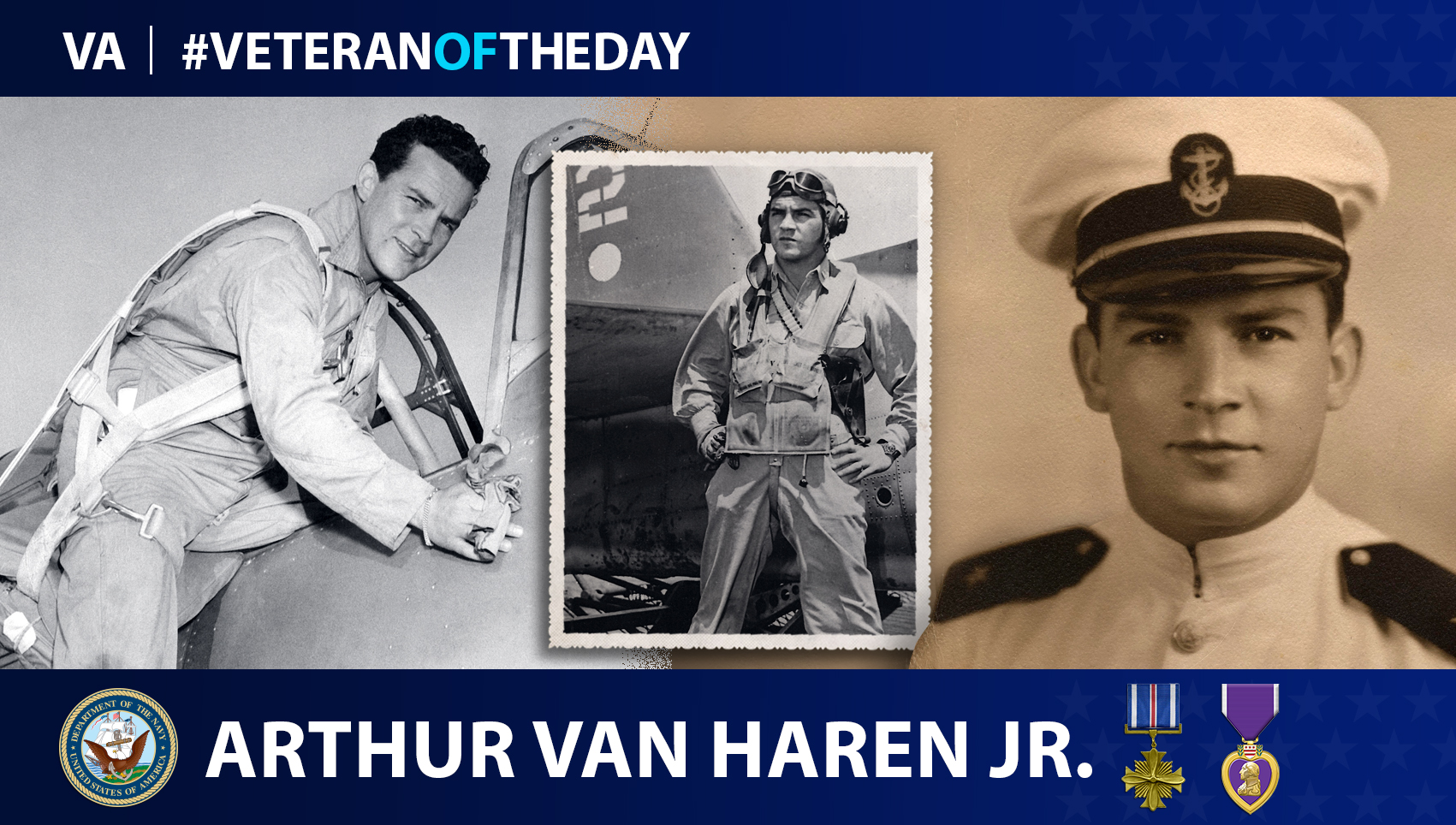 Arthur Van Haren Jr. was born into a Mexican-American family in Superior, Arizona, in April 1920. Military service was prevalent in his family, as both his father and grandfather served in the Army. His father fought in World War I and received a Purple Heart and was popular in the local sports scene, later being inducted into the Arizona Sports Hall of Fame for his work as a baseball umpire. Van Haren Jr. also became a notable sports figure, being recognized as an all-state baseball catcher and an all-state football quarterback at Phoenix Union High School. His success led him to play both sports at the University of Arizona. He also joined the school’s Reserve Officers’ Training Corps.

In June 1941, after his junior year of college, Van Haren Jr. enlisted in the Navy. After joining, he was sent to Long Beach, California, and then, in July, to Naval Air Station Jacksonville in Florida for aviation cadet training. After completing his training in March 1942, Van Haren Jr. was promoted to lieutenant and began working as a flight instructor in Jacksonville. In June 1943, he was assigned to Fighting Squadron 2 (VF-2), which was placed aboard USS Enterprise in November. As part of this squadron, Van Haren Jr. piloted a Grumman F6F Hellcat. He conducted air raids on the Gilbert and Marshall Islands.

In March 1944, VF-2 was reassigned to USS Hornet, supporting the Allies’ island-hopping campaign across the Pacific. Van Haren Jr. fought during the invasions of the Mariana and Palau islands, Guam and Iwo Jima. On June 11, he engaged against Japanese forces above the Marianas Islands, eliminating two enemy fighters. Eight days later, during the Great Marianas Turkey Shoot, his unit intercepted enemy aircraft and he scored two more victories. For his actions, Van Haren Jr. received a Distinguished Flying Cross. The medal’s citation states about him, “His courage and skill were at all times inspiring and in keeping with the highest traditions of the Naval Service.”

For his service over the next few months, Van Haren Jr. received a Gold Star for his Distinguished Flying Cross and an Air Medal with a Gold Star. In September 1944, he retired from the Navy as a lieutenant and returned home to the United States. In total, Van Haren Jr. officially downed nine aircraft, with three more unconfirmed scores. This was the highest total of any pilot from Arizona during World War II and established Van Haren Jr. as an ace pilot. He also received an American Defense Service Medal, a World War II Victory Medal, a Presidential Unit Citation and a Philippine Liberation Ribbon with one Bronze Star.

After returning home, Van Haren Jr. completed his bachelor’s degree at the University of Arizona and graduated with his juris doctorate in 1948. He continued his legal career until 1985, when he retired. In 2012, he was enshrined as the first Latino into the Arizona Aviation Hall of Fame. He died in August 1992.