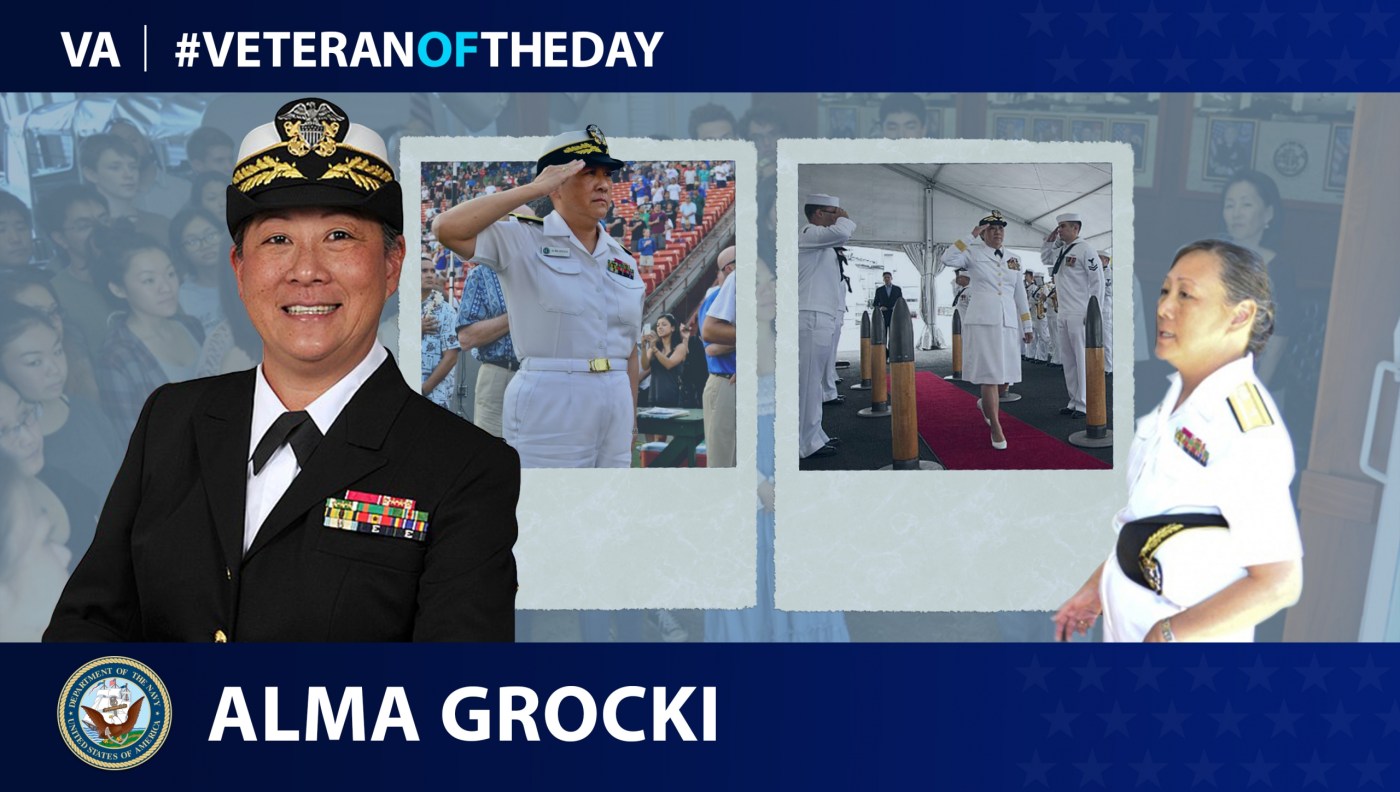 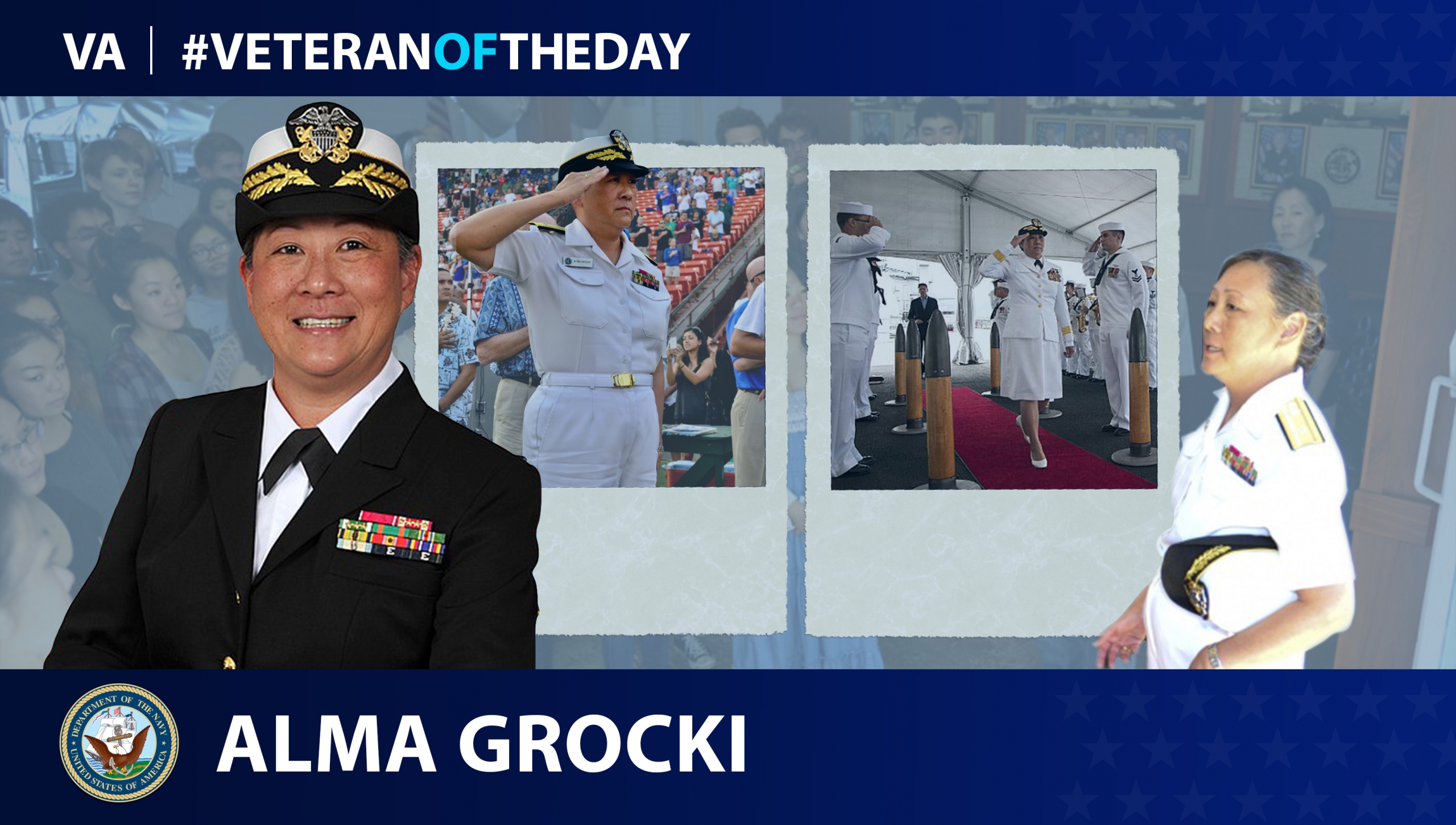 Today’s #VeteranOfTheDay is Navy Veteran Alma Grocki, the first woman from Hawaii to graduate from the United States Naval Academy.

Alma Grocki, born Alma Lau, grew up in Honolulu, Hawaii. While in high school, she signed up for the Junior Reserve Officers’ Training Corps (JROTC) program and found she really enjoyed it. As she planned for her future, her parents told her she would need to find a scholarship to pay for college. She applied to the Naval Academy and was accepted into the class of 1981, which was only the second class to include women.

In a 2021 interview with Think Tech Hawaii, Grocki remembered the time she was told to run a mile. She questioned, “All at once? Well, usually when I have to go a mile, I just drive.” She also recalled that, being of Chinese descent, made her the first person of color some of her fellow cadets had ever met. At the Academy, she met Russ Grocki, who was in the same circle of friends as her. However, after graduation, they went their separate ways. She graduated with her class in 1981, having earned her bachelor’s degree and a commission to ensign.

Grocki’s first assignment was as a non-nuclear ship superintendent at the Portsmouth Naval Shipyard in Maine. As ship superintendent, she was responsible for the management of operational and technical issues for the vessels. Grocki wanted to be accepted into the Engineering Duty Officer community, however, that required a technical master’s degree. Once a naval officer has the experience of managing the operational aspects of ships and submarines, they may be considered to qualify as an engineering duty officer and assume responsibilities such as the design, development and deployment of ships and submarines.

Therefore, Grocki paid her own way, and while working, she attended the University of New Hampshire to earn a master’s degree in mechanical engineering. She was then accepted into the community in 1985.

In 1988, Grocki transferred to the Navy Reserve, where she served multiple tours. Her last active-duty assignment was as deputy chief of staff for Fleet Maintenance, Commander, Pacific Fleet in 2013. In 2016, after 35 years of service, Grocki retired at the rank of rear admiral and was the senior engineering duty officer in the Navy Reserve.

Grocki and her husband married 15 years after they first met at the Naval Academy. The couple now lives in Hawaii. She is on the board of several non-profit organizations that focus on helping Veterans, preserving military historical sites and promoting STEM programs for Hawaii’s youth.