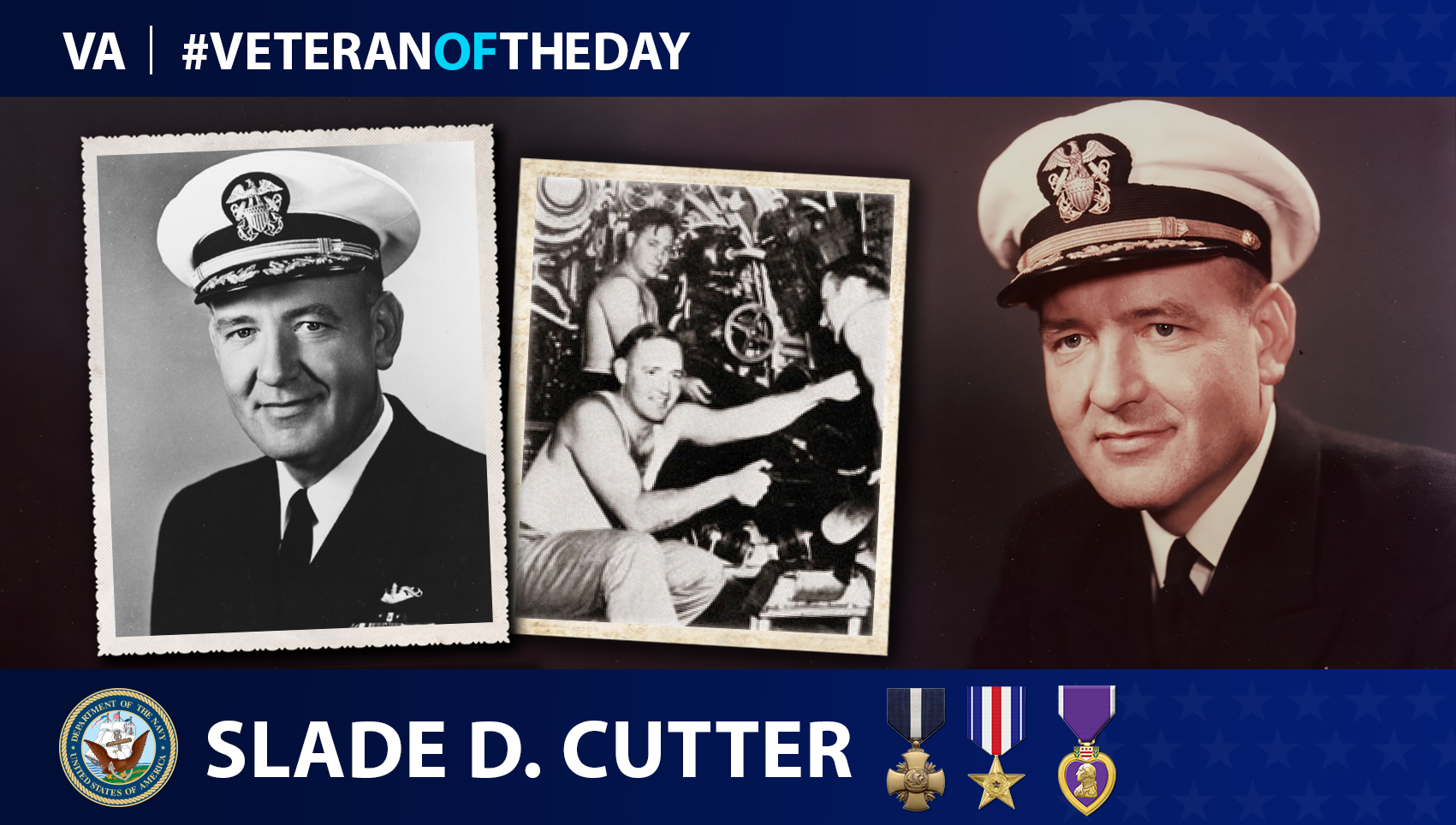 Slade Deville Cutter was born in November 1911 in Oswego, Illinois. While he did not play football in high school, he had a successful stint in collegiate football. Many college football players dream of the moment their team beats a rival school. For Cutter, then a student at the U.S. Naval Academy, that victory came on Dec. 1, 1934, when he kicked the game-winning field goal against Army, bringing Navy its first victory against Army in 13 years. He was also a talented boxer, winning the intercollegiate heavyweight boxing championship for the Naval Academy. However, while he was a gifted athlete, he did not allow that to overshadow the rest of his career.

After graduating from the academy in 1935, Cutter was commissioned as an ensign. Despite being tempted to turn pro for boxing, he chose to attend submarine school in New London, Connecticut. Later, he served as the executive officer of USS Pompano, where he took part in the submarine’s first three patrols during World War II. After completing the patrols, Cutter was sent to the Navy Yard at Mare Island, California. There, he became the executive officer of the submarine USS Seahorse. He eventually assumed command of USS Seahorse after its first patrol.

As a new commanding officer, Cutter led his crew through five war patrols between 1943 and 1944. In total, he and his crew sunk 19 Japanese ships and over 100,000 tons of Japanese shipping. He tied for the most Japanese ship kills during World War II. After commanding USS Seahorse, he went on to several assignments during the remainder of the 1940s. He oversaw the construction and commissioning of the submarine USS Requin at Portsmouth Navy Yard, Maine, before assuming command of the submarine in April 1945. After commanding USS Requin for nearly six months, Cutter transitioned to the Bureau of Naval Personnel, where he remained until 1949. He closed out the 1940s as commander of USS Sperry, a submarine tender.

In the latter half of the 1950s, Cutter returned to the U.S. Naval Academy to serve as its athletic director. His final assignment came in 1965, when he was made head of the Naval Historical Display Center in Washington, D.C., before retiring in the same year. Cutter served 30 years in the Navy.

During his service, Cutter earned the rank of captain and received four Navy Crosses, two Silver Stars, a Bronze Star with “V” device and a Navy Presidential Unit Citation with one bronze service star. While known for his tenacity as a submarine commander, Cutter was also admired for his willingness to explain the aftermath of each battle his crew went through. Outside of his military honors, he was also inducted into the College Football Hall of Fame in 1967.