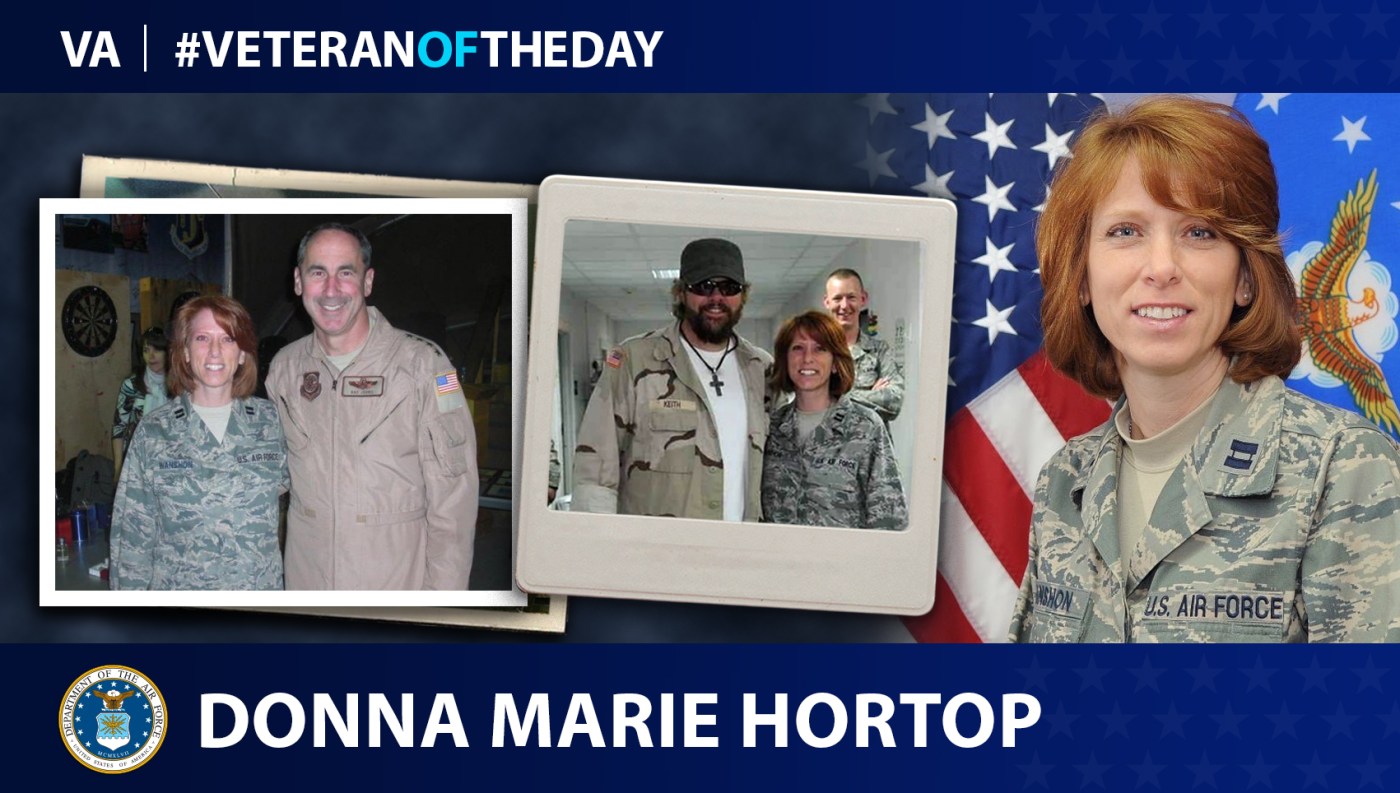 Donna Marie Hortop was raised in Plymouth, Michigan, and is the youngest of her three siblings. She attended the University of Michigan and earned a master’s degree in social work. Feeling a sense of patriotism and wanting to serve her country, Hortop joined the military. She wanted to make a difference in the lives of the men and women who serve and put their lives at risk. After learning that the age cut off for the Biomedical Science Corps was 41, Hortop, who was 40 years old, joined the active Air Force.

She attended Commissioned Officer Training at Maxwell Air Force Base in Montgomery, Alabama. During the 28-day period of training, she was taught a wide variety of information that would assist her in adapting to military life. The topics included military history, leadership skills and military customs and courtesies.

Her first assignment was at Hurlburt Field Special Operations Base, located in the panhandle of Florida. There, she was assigned numerous duties in mental health services, including group and individual therapy for active duty members and their families. She was also the family advocacy officer and special needs coordinator. Additionally, she was trained in the Behavioral Health Optimization Program, participated in the Community Action Information Board and worked in conjunction with an interdisciplinary team to investigate suicides that occurred on base.

In 2010, Hortop deployed to Afghanistan in support of Operation Enduring Freedom and worked as the chief of mental health. She aided Peace Corps volunteers, American Embassy employees, and families and American citizens, some of whom had been held hostage or caught in crossfire. During this time, she was also the sole mental health provider for troops staying at the International Security and Assistance Force Headquarters. She later moved to a remote base near the border of Mexico, where she worked as the mental health flight commander.

air force Veteran of the Day