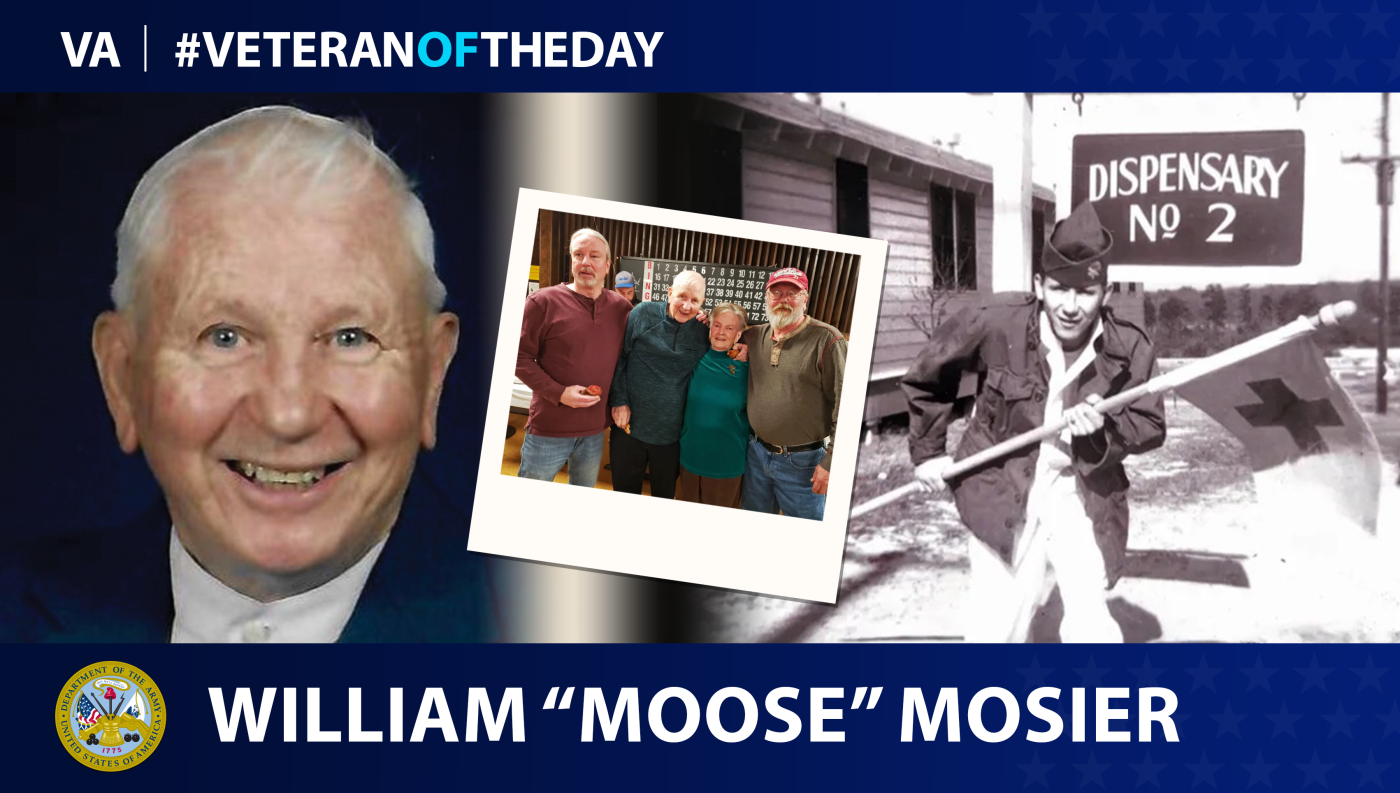 Today’s #VeteranOfTheDay is Army Veteran William John Mosier, who served as a medic during the Korean War.

William John Mosier, known as Bill or “Moose,” was born in November 1929 in Hancock, Maryland, to John Henry and Fannie Fisher Mosier. He attended Hancock High School, where he played basketball and soccer. He enlisted in the Army after his junior year, during the Korean War.

After his service, Mosier worked as a surveyor with the state of Maryland and the J. B. Ferguson Company. He then found employment as a lab technician at Pennsylvania Glass Sand Corp. (now U.S. Silica Holdings, Inc.), where he worked for 37 years until his retirement. During that time, he also worked part-time managing bowling alleys and running a fruit stand so his family could vacation in Myrtle Beach, South Carolina. Mosier married Dorothy “Dottie” Cubbage on Dec. 23, 1956. The couple had two sons, Lynn William and Stuart Lee, and later grandchildren and great-grandchildren.

Mosier was very active in his community within the Hancock United Methodist Church, where he served on several committees and projects. He served as an officer in the Hancock Lions Club, where he was recognized with the Melvin Jones Fellowship and the 1999-2000 Lion of theYear award. He was also a member of the Webster B. Harrison Post 26 American Legion, James W. Bowers Lodge #173, Cumberland Shrine Club, Legion of Honor and the Jesters. His volunteer work included shuttling children to Shriners Hospitals for Children in Philadelphia.