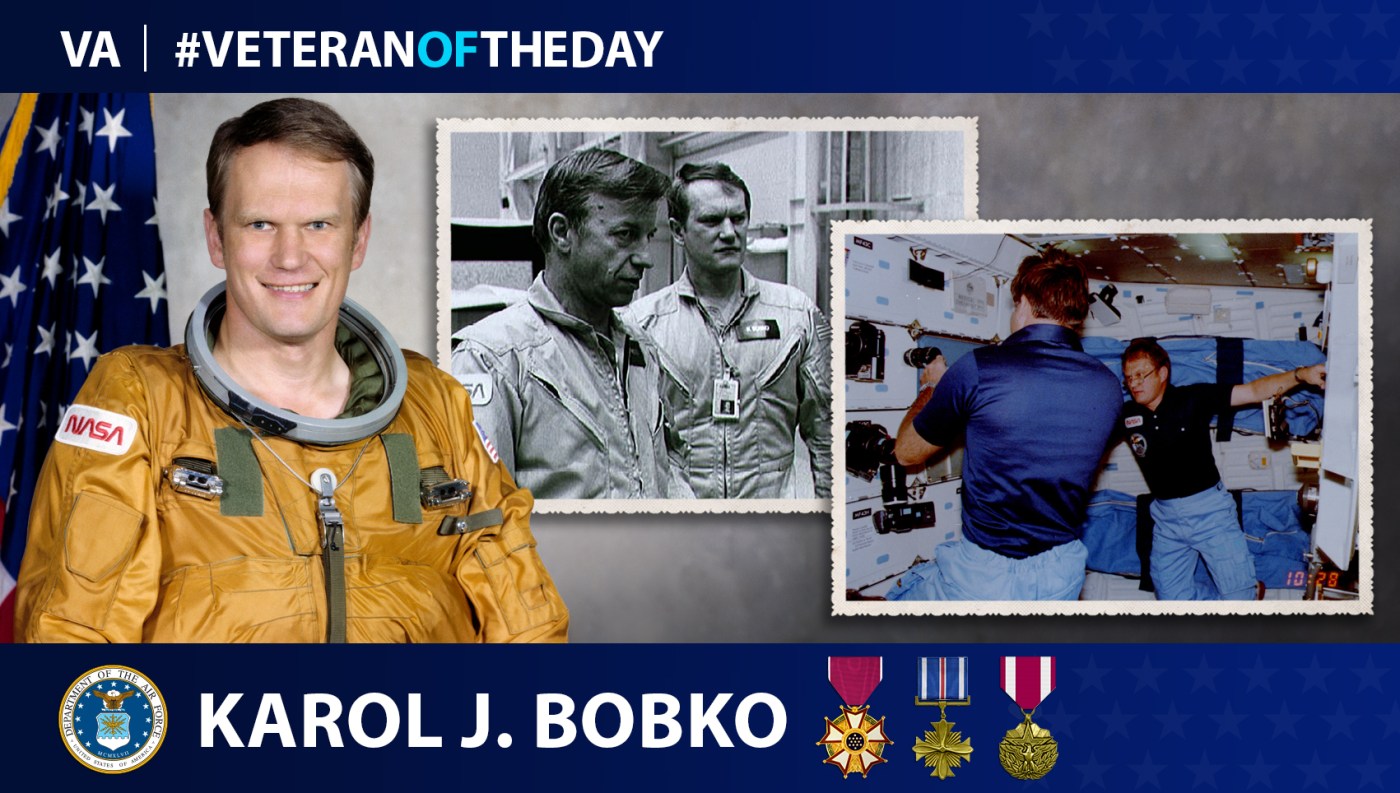 Today’s #VeteranOfTheDay is Air Force Veteran Karol J. Bobko, who served as a fighter pilot before becoming a NASA astronaut.

Born in New York in December 1937, Karol J. Bobko graduated from Brooklyn Technical High School in 1955. He attended the U.S. Air Force Academy and graduated as part of the academy’s first graduating class in 1959. He later pursued a master’s degree in aerospace engineering from the University of Southern California.

After receiving an Air Force commission and completing his flight training in 1960, Bobko was stationed at Cannon Air Force Base, New Mexico, to serve as a pilot with the 523rd Tactical Fighter Squadron. He was then stationed at Seymore Johnson Air Force Base, North Carolina, to serve with the 336th Tactical Fighter Squadron. After his time in North Carolina, Bobko attended the Aerospace Research Pilots School at Edwards Air Force Base in California. Upon completion, he was assigned to the Air Force Manned Orbiting Laboratory Program, but was transferred to the National Aeronautics and Space Administration (NASA) after the MOL program was canceled in 1969. As a pilot, Bobko had over 6,600 flight hours.

As a NASA astronaut, Bobko was part of the Skylab Medical Experiments Altitude Test, a 56-day space station mission simulation. He was also part of the support crew for the 1975 American-Soviet Apollo-Soyuz Test Project and the Space Shuttle Approach and Landing Tests at Edwards Air Force Base.

In 1983, Bobko finally had his chance to enter space when he served as the pilot aboard the space shuttle Challenger during its STS-6 mission. During this mission, the crew deployed a communications satellite and conducted the first shuttle spacewalk in addition to various other experiments.

Bobko’s second mission into space was in April 1985 when he served as commander for the STS-51-D mission aboard the space shuttle Discovery. Besides experiments, the crew also deployed two communications satellites and conducted an impromptu spacewalk to resolve an issue with one of the new satellites. Bobko’s final mission into space was in October 1985. This time, he was the commander of the STS-51-J mission during the maiden voyage of the space shuttle Atlantis. During this mission, Bobko and the crew deployed two communications satellites and conducted experiments for the Department of Defense.

Bobko retired from the Air Force and NASA in 1988 at the rank of colonel. After retirement, Bobko worked in various capacities to support space flight. He is a former president of the U.S. Chapter of the Association of Space Explorers (ASE) and still serves on the ASE board of directors.