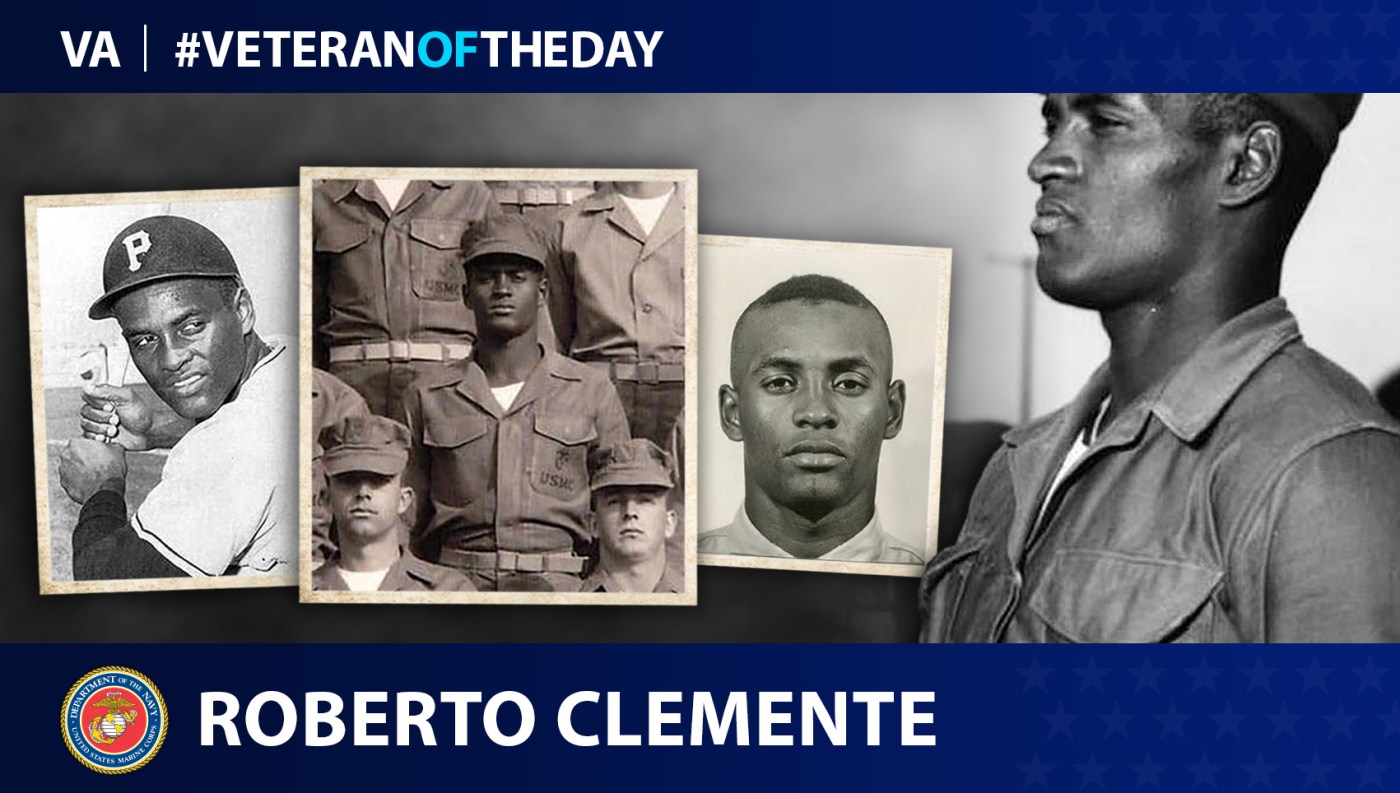 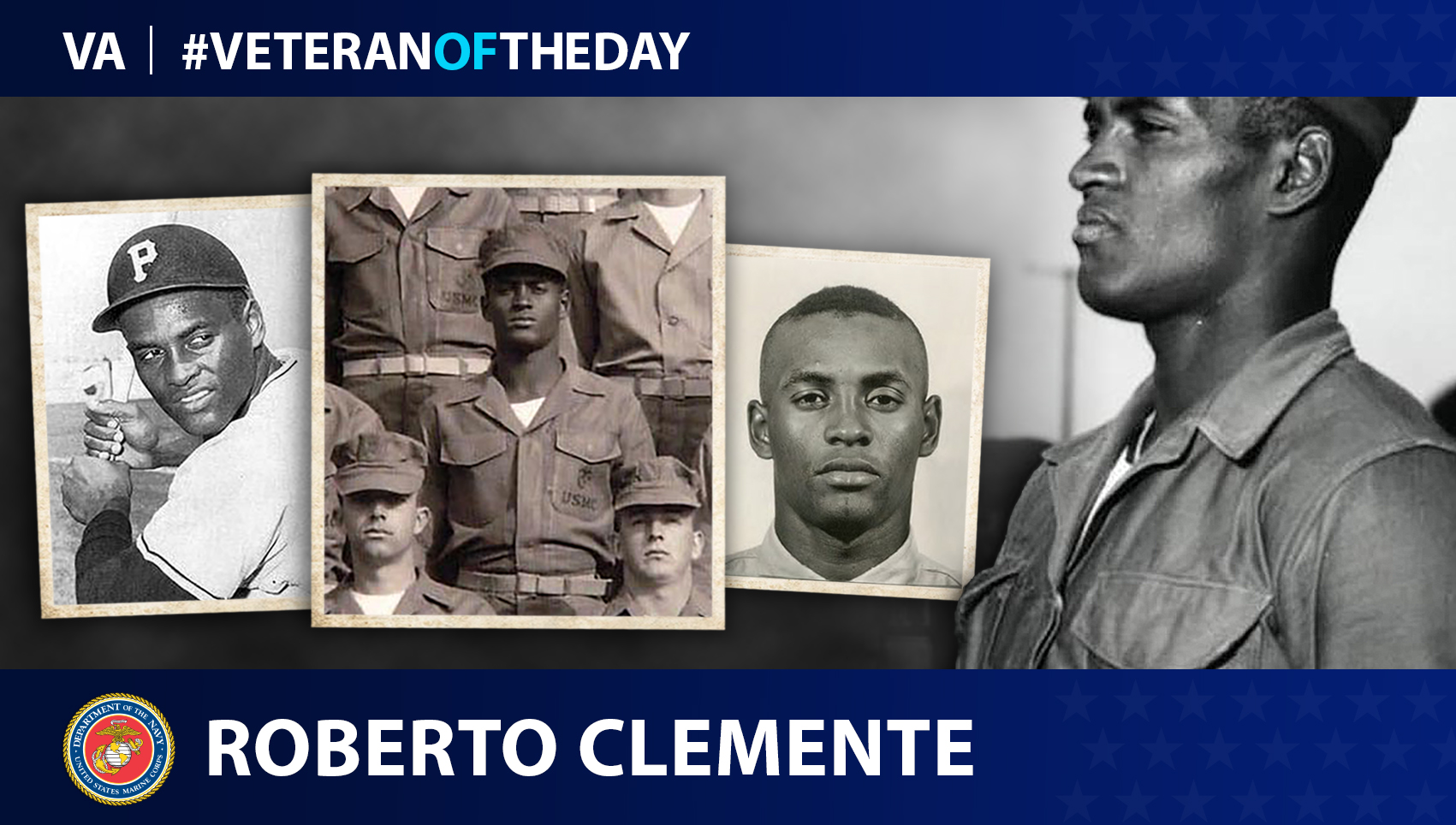 Today’s #VeteranOfTheDay is Marine Corps Veteran Roberto Clemente, who served as an infantryman in the Marine Corps Reserve.

Roberto Clemente was born in August 1934 in Carolina, Puerto Rico. He was the youngest of seven children.

In 1954, the Pittsburgh Pirates selected Clemente from the Brooklyn Dodgers in Major League Baseball’s Rule 5 draft, elevating the young slugger from the minor leagues into MLB. But in 1958, Clemente enlisted in the Marine Corps as a reserve infantryman. For six years until 1964, he spent his off-seasons serving on duty.

Clemente spent six months on active duty at Parris Island, South Carolina, and Camp LeJeune, North Carolina. At Parris Island, he completed basic training with Platoon 346 of the 3rd Recruit Battalion. Clemente was one of seven in his 130-member platoon promoted to private first class. At Camp Lejeune, he completed infantry training with the 3rd Battalion, 1st Infantry Training Regiment.

When the Pirates began spring training in 1959, it conflicted with Clemente’s military commitment. With the support of Pennsylvania State Senator John M. Walker, the team requested Clemente be allowed to leave military training a month early, which would enable him to participate in spring training. The request was granted.

Outside of baseball, Clemente was heavily involved in charity work in Latin American and Caribbean countries. On Dec. 31, 1972, eight days after a massive earthquake hit Managua, Nicaragua, Clemente was en route to deliver aid to the victims when his plane crashed, resulting in his death. He was 38.

The following year, the Pirates retired No. 21, his uniform number. Additionally, MLB renamed its Commissioner’s Award in his honor. The award is given to the player each year who “best exemplifies the game of baseball, sportsmanship, community involvement and the individual’s contribution to his team.”

Clemente was said to have three goals in life: be on a World Series championship team, win a batting championship and build a recreation center in San Juan, Puerto Rico. He accomplished all three.

The Roberto Clemente Sports City Complex is located in Carolina, just outside of San Juan. The complex provides young people with athletic opportunities in baseball, football, soccer, swimming and tennis.

Numerous other locations, including schools, parks and hospitals are also named in Clemente’s honor, from Puerto Rico all the way to Germany.