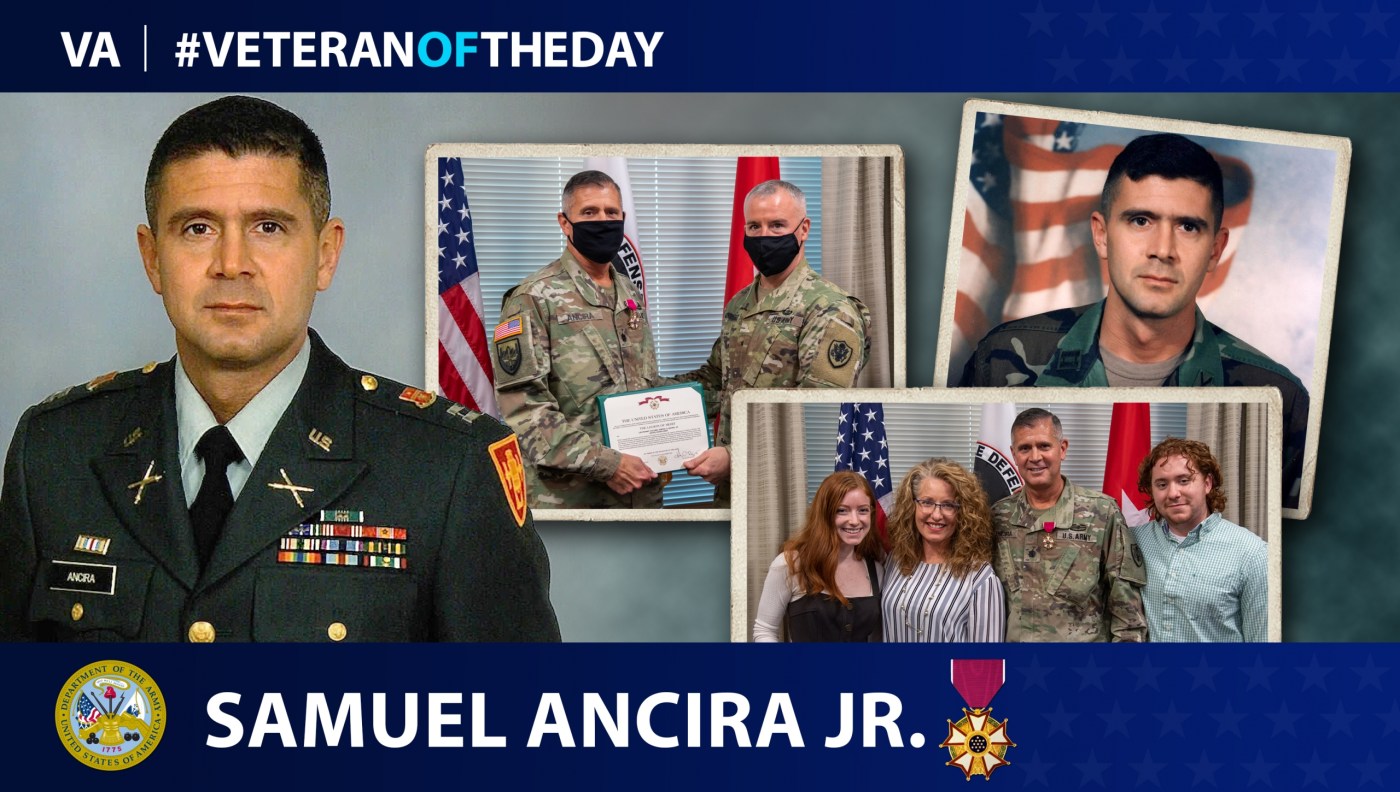 Lt. Col. Samuel Ancira Jr. was born in Flint, Michigan. He enlisted in the Army in 1988 and served in the Army Reserve for one year until he transitioned to active duty. In total, he served for 32 years, covering six different stations and four deployments.

Ancira was an enlisted soldier for six years in the engineer and logistics fields before graduating from Officer Candidate School at Fort Benning in 1994. He was then assigned as a field artillery officer.

Afterward, he was stationed at White Sands Missile Range in New Mexico from 2006 to 2009 before again deploying to Iraq for Operation Enduring Freedom from 2009 to 2010. Ancira then returned to Fort Sill for three years before moving to Fort Belvoir in Virginia from 2012 to 2015, where he was a product manager for Wideband Enterprise Satellite Systems. He returned to Fort Sill one last time from 2015 to 2017, during which he deployed to Kuwait for Operation New Dawn.

Ancira’s final assignment was as the director of tests at Redstone Arsenal in Huntsville, Alabama, from 2017 until his retirement in January 2020. In this role, he planned and supported ground tests. He has been married to his high school sweetheart, Stephanie, for over 30 years. Together, they have two children.

Ancira currently works as an acquisition program analyst for the Department of Defense, Missile Defense Agency. In this role, he evaluates program requirements and helps his team study and analyze data related to program costs, scheduling and performance. He plans to start a tie collection now that he is wearing suits.