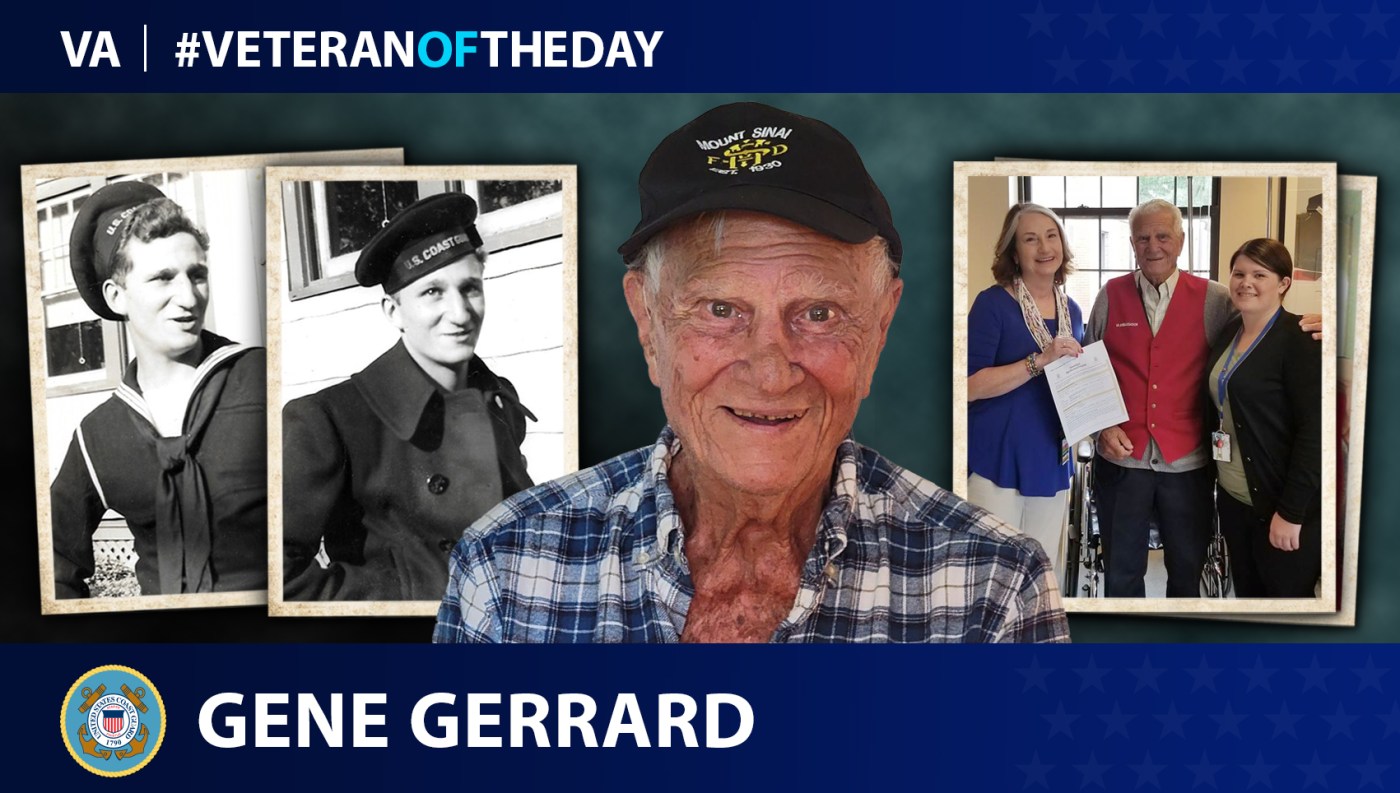 Eugene “Gene” Gerrard wanted to begin his military career at age 17 during the summer of 1941. He worked as a printer by day and attended trade school by night in Brooklyn, New York, and upon being convinced by Navy officers to join, he chose to enlist in the Navy. After he was told he would either be assigned to serve on a battleship, an aircraft carrier, or the base in Pearl Harbor, Hawaii, his mother refused to sign his papers. However, due to a family friend influencing his mother’s opinion, he finally enlisted in the Coast Guard in 1942.

Gerrard served in the Coast Guard until 1945, where he attained the rank of quartermaster 1st class. For his service, he earned an American Campaign Medal, an Asiatic-Pacific Campaign Medal, a Good Conduct Medal, a World War II Victory Medal and a Philippine Liberation Medal.

Following his service, Gerrard applied his printing knowledge to owning and operating two printing businesses for 61 years: Gerrard Printing in Elmont, New York, from 1951 to 1965, and St. Gerrard Printing in Port Jefferson Station, New York, from 1965 to 2013. Gerrard simultaneously served as a Brookhaven town councilman for 22 years starting in 1981.

At age 94, Gerrard began volunteering at the Canandaigua VA Medical Center as a Red Coat Ambassador, serving Veterans of the Finger Lakes. Red Coat Ambassadors are named for their easily recognizable red coats or vests. They are volunteer greeters, positioned near front entrances of VA buildings. They offer information and assistance, provide directions to important locations, escort Veterans to their appointments when requested, contact escorts or wheelchair services when necessary, and offer listening ears to those in need.

Gerrard was named the New York 27th Congressional District Veteran of the Month in June 2021, and was presented with a New York State Senate Proclamation by Senator Pamela Helming that year on his 99th birthday.

In May 2022, Gerrard celebrated his 100th birthday at American Legion Canandaigua Post 256 with VA Center for Development and Civic Engagement (CDCE) staff, Canandaigua Rotary members, Kiwanis Club of Canandaigua members, and other community members. A few days later, he was honored at a gubernatorial rally by Lee Zeldin.