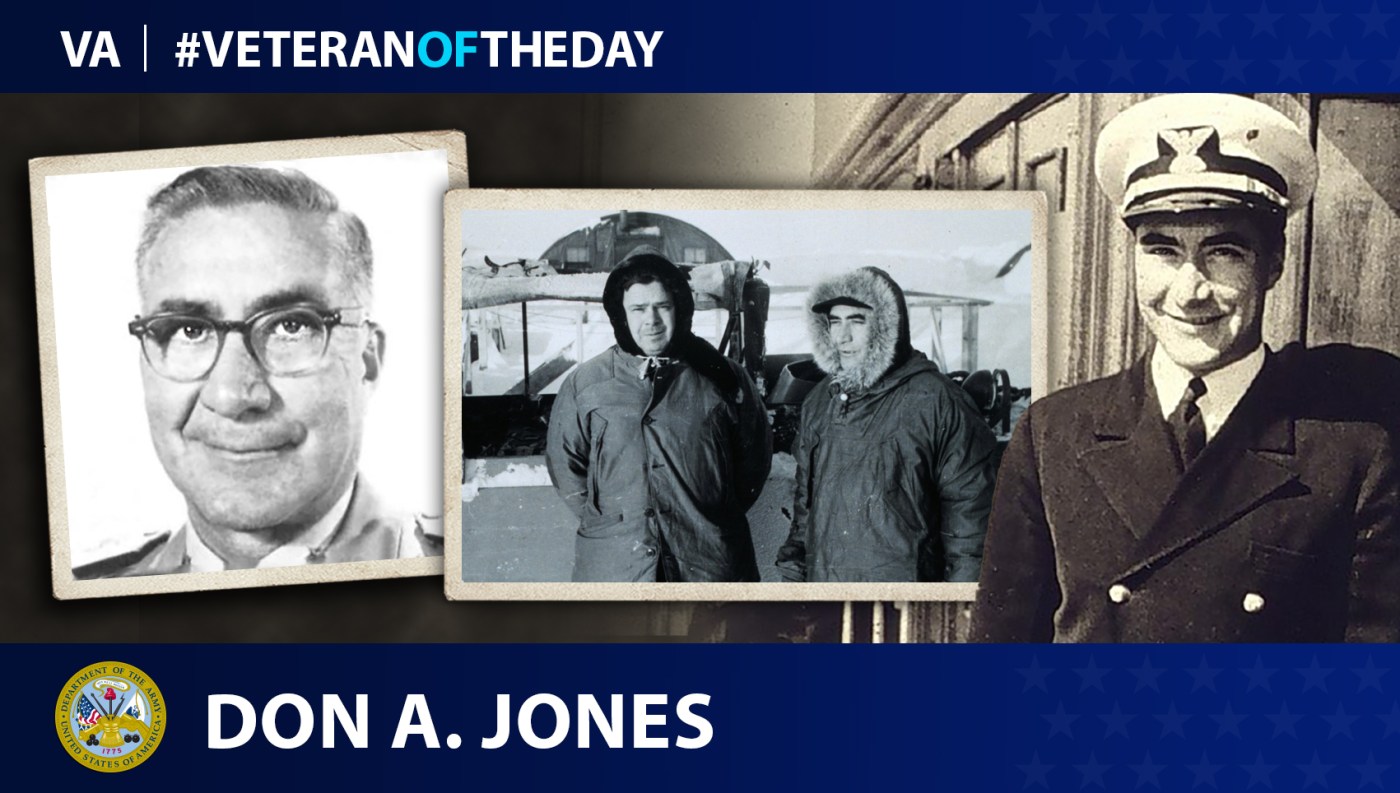 Today’s #VeteranOfTheDay is Coast and Geodetic Survey Corps Veteran Don A. Jones, who served during WWII and later became director of the USC&GS.

Don A. Jones was born in Waldron, Michigan, in September 1912. He attended Michigan State University, where he studied engineering. After graduating in 1933, Jones joined the United States Coast and Geodetic Survey (USC&GS) as a civilian employee. He was commissioned as an ensign in 1940. In 1942, after the U.S. joined World War II, Jones was temporarily transferred to the Army. He served as a coast artillery staff officer, a surveying and mapping officer and commanded a submarine mine planter. He also served with the Office of Strategic Services (OSS) from 1944 to 1946, attaining the rank of lieutenant commander.

After the war, Jones returned to USC&GS. He served aboard various survey ships, conducting mapping and triangulation work along both coasts of the U.S. In 1957, Jones was transferred to the State Department to serve as project chief for geodetic control surveys in Ethiopia, working to map the headwaters of the Blue Nile River. When he returned to the U.S. in 1961, he became assistant chief of the Geodesy Division. Jones was then assigned as executive officer of the survey ship USC&GS Surveyor. After a year in that position, he took command of Surveyor for the remainder of the ship’s tour, conducting survey and oceanographic work in Alaska, Hawaii and the North Pacific. In 1966, Jones became associate director of the Office of Hydrography and Oceanography. The following year, he was appointed associate administrator of the Environmental Science Services Administration (ESSA). Jones served in that post until 1968, when he became director of USC&GS.

In 1970, ESSA was reorganized into the National Oceanic and Atmospheric Administration (NOAA), and USC&GS became the National Ocean Survey (NOS). President Richard Nixon appointed Jones as director of NOS; Jones held the position until 1972, when he retired with the rank of rear admiral after 39 years of service.