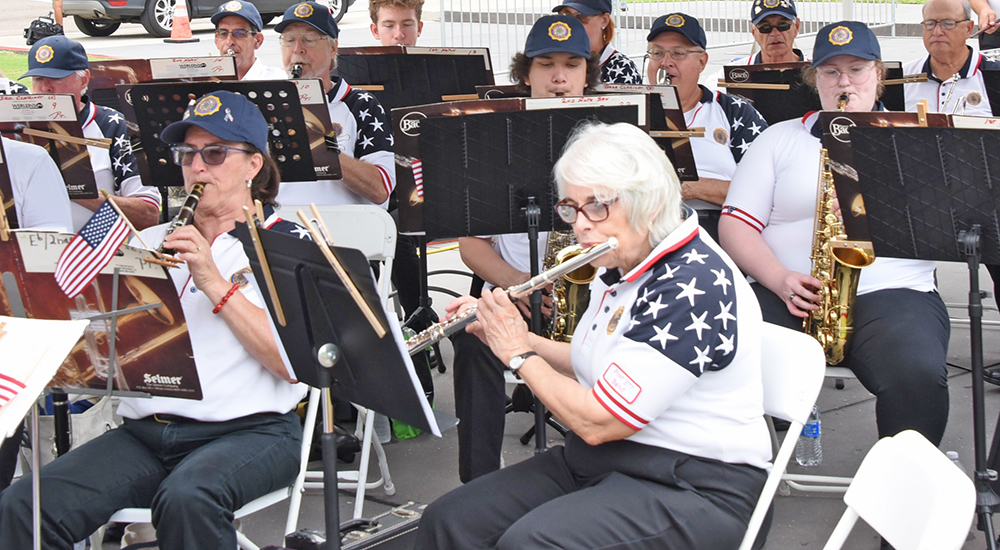 On July 4, the Southeast Louisiana Veterans Health Care System will hold an Independence Day Salute to the Flag at the New Orleans VA at 2400 Canal Street.

Making sure all goes well on the Fourth, Anderson, Dante and others rehearse flag raising ceremony.

The ceremony will include a flag raising by Army Veteran Andy Anderson, who will walk to the flag with assistance from Dante the therapy dog.

Veterans will lead the audience in the Pledge of Allegiance and national anthem. The American Legion Post 377 band will provide music.

After leaving the Army, Anderson suffered a traumatic brain injury when a car hit him while he was walking from a store. While receiving therapy at the New Orleans VA, Anderson was referred to the polytrauma program where he met Dante and formed a bond that has been instrumental in his recovery.

“I’m very honored and excited to be here to raise the flag,” said Anderson. “I’m grateful to VA for taking care of me. If it wasn’t for VA, I probably wouldn’t be me again. And I’m speechless and just so proud to be here today.”

For more information about what’s going on at the Veterans medical center, clinic locations and other services available to Veterans in southeast Louisiana, visit the website www.neworleans.va.gov.

By Anthony K. Harris Jr. is a public affairs specialist for the Southeast Louisiana VA