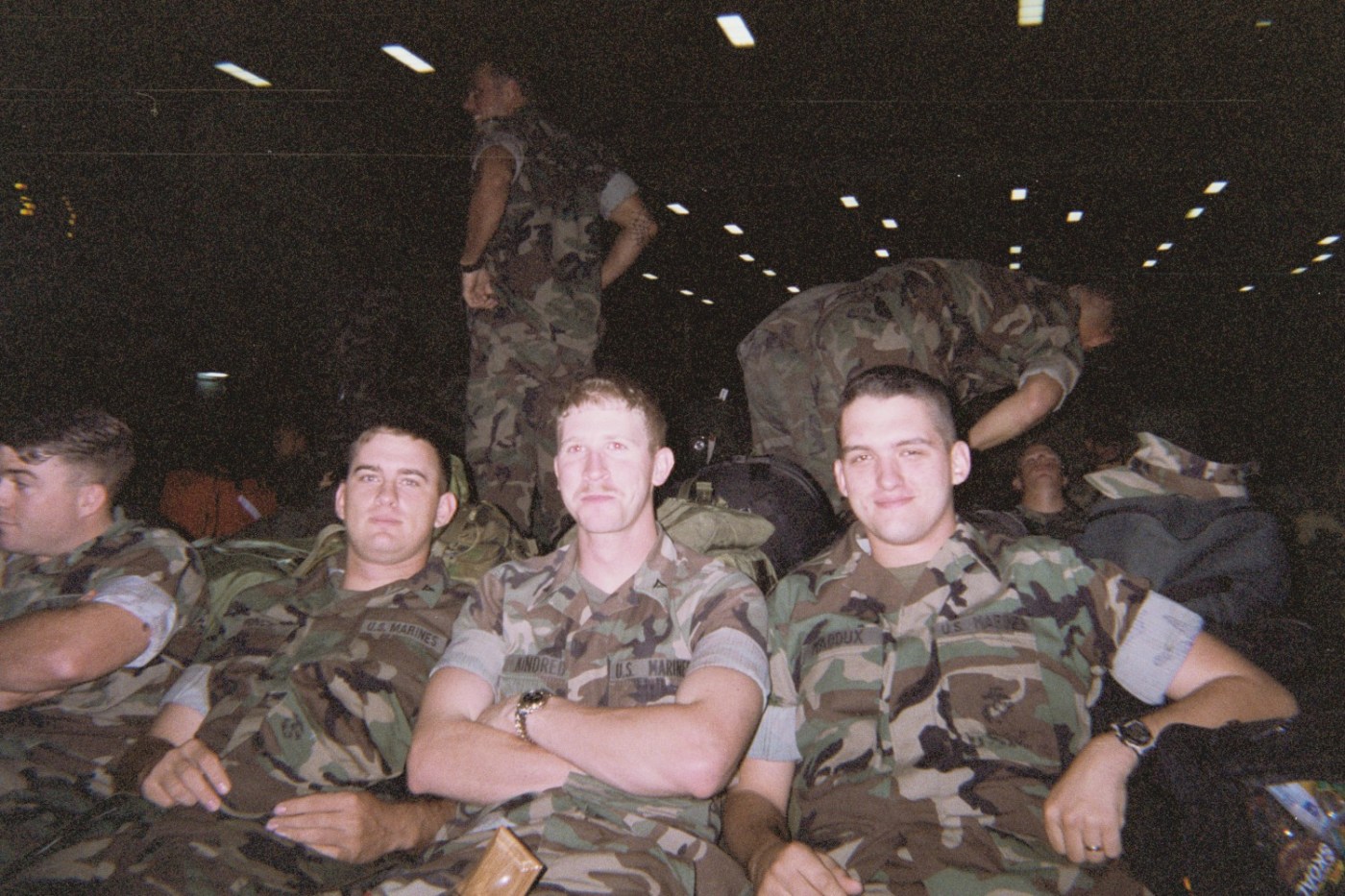 Dr. John Kindred, a U.S. Marine Corps Veteran, is a research health science specialist at the Ralph H. Johnson VA Medical Center in Charleston, South Carolina. As a biomedical researcher, he has performed research on fatigue and mobility impairments in people with multiple sclerosis and in stroke recovery. He measures nervous system behavior in response to non-invasive brain stimulation and employs therapies to restore nervous system function after injury. He’s also a research associate in the division of physical therapy at the Medical University of South Carolina and has authored or co-authored more than 20 peer-reviewed papers. He served on active duty in the Marines from 1998 to 2007. His military honors include the Navy and Marine Corps Achievement Medal and the Marine Corps Good Conduct Medal.

I wanted to join the United States Marine Corps (USMC) to challenge myself in ways I had never been challenged before. I also wanted to gain valuable skills that I could use in a future career. The USMC provided me with ample opportunities to grow personally and professionally. I would not be as successful as I am today without being a Marine.

My college attendance was mostly funded by the G.I. Bill. I wanted to major in something that would accept as many of the credits as possible that I earned while on active duty. That led me to get my degree in exercise science from the University of South Carolina. Several professors inspired me to pursue a career in biomedical research during my undergraduate studies. Because of them, I decided to pursue a doctorate at Colorado State University and was able to receive two career development awards from the VA Rehabilitation Research and Development Service.

Did you have mentors who inspired you in life, the military, or your research career?

Dr. Larry Durstine was a major influence in my research career. He was one of my professors during my undergraduate studies. His love and passion for exercise science, and the influence of his students, drove me to pursue a master’s and doctoral degree in biomedical research. Without his support and guidance, I may never have pursued a career as a scientist.

I enlisted in the USMC right after graduating from Durango High School in Durango, Colorado. I went to boot camp at the Marine Corps Recruit Depot in San Diego and subsequently went to Pensacola, Florida, for job training. Most of my time on active duty was spent in the Pacific theater. I was stationed in Okinawa, Japan; Twentynine Palms, California; and Kaneohe Bay, Hawaii. I deployed several times to South Korea and the Philippines.

I do clinical research that is primarily focused on fatigue in neurological conditions. The type of fatigue I study refers to a feeling of tiredness that does not go away with sleep or rest and negatively impacts the ability of Veterans to participate fully in social and physical activities. Not much is known about the causes of this type of fatigue. This lack of knowledge contributes to the absence of effective treatments available to Veterans. Acquiring a better understanding of the causes and consequences of fatigue in neurological conditions may facilitate the development of effective treatments that can be deployed throughout the VA health care system.

Click here to read the series VA Researchers Who Served.