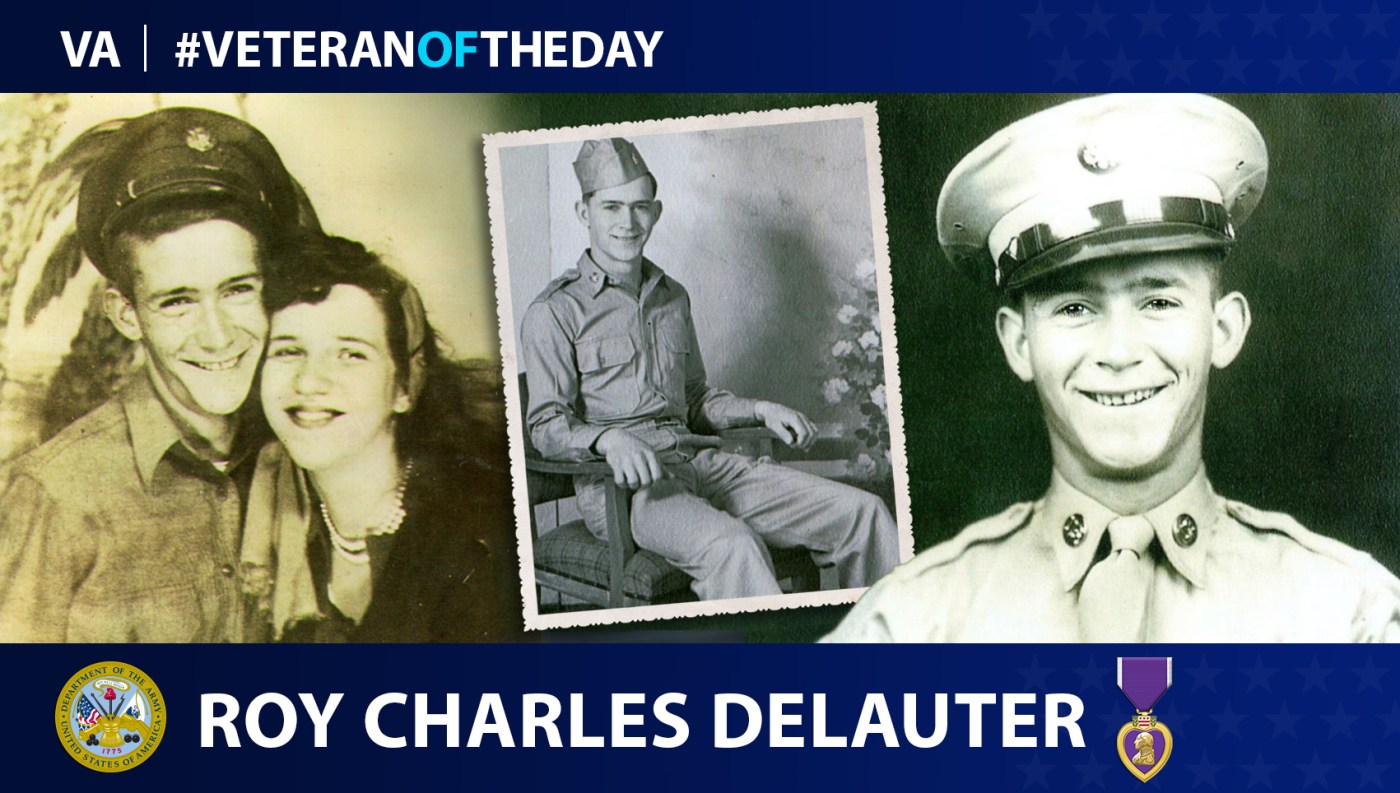 Roy Charles “Buddy” DeLauter was born in April 1929. He was the second eldest of six children born to Roy William and Grace Rae DeLauter. He grew up in Smithsburg, Maryland, and worked at Brandt Cabinet Works in Hagerstown, Maryland, and married Shirley Brown—with whom he had two daughters, Sharlene and Sue.

DeLauter enlisted in the Army in August 1948. He attended basic training at Fort Bragg, North Carolina, and was assigned to Company D, 1st Battalion, 32nd Infantry Regiment, 7th Infantry Division as an Army cook during the Korean War.

DeLauter was stationed on the east side of the Chosin Reservoir, North Korea, when a surprise attack was launched by Chinese Communist Forces on Nov. 27, 1950. On December 1, the 32nd Infantry Regiment withdrew south toward Hagaru-ri while under enemy fire. DeLauter was reported missing in action on December 2.

In a declassified report, another soldier reported that DeLauter was wounded on the right leg and blown over a cliff in the mountainous terrain. The event was not reported until after 1953, as the witness had been captured and was a prisoner of war.

For 71 years, DeLauter was classified as missing in action. On Jan. 18, 2022, his remains were identified by the Defense POW/MIA Accounting Agency and Armed Forces Medical Examiner System using anthropological, isotope and DNA analysis. In 2018, his remains were returned among 55 boxes the Democratic People’s Republic of Korea gave to the United States.

A funeral was held for DeLauter on April 22, 2022, when his remains were finally laid to rest on what would have been his 93rd birthday. He is buried at Cedar Lawn Memorial Park in Hagerstown, Maryland, near the graves of his parents and younger brother.