"Anything we can do to make Veterans feel special is our goal." 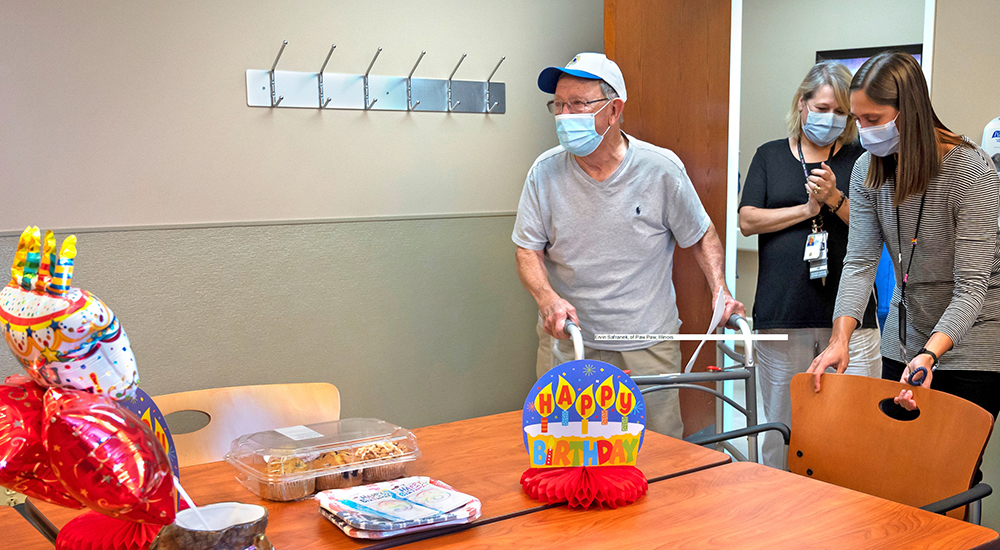 Navy Veteran Ervin Safranek went in for a regular checkup on July 21. He was then treated to a surprise birthday party thrown by a cheering La Salle clinic VA staff.

“How does it feel to be 98?” asked nurse manager Sally Washkowiak.

“You know, I don’t think I am 98,” joked Safranek, native of Paw Paw, Illinois, to the group of VA well-wishers. 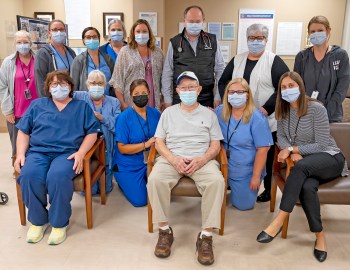 Eighty years ago, an 18-year-old Safranek was drafted to fight in World War II. The draft board gave him a choice to join the Army or Navy. He chose the Navy for one reason—he didn’t like the Army’s uniform.

“I didn’t want to wear a tie and, in those days, the Army always was wearing ties,” he joked.

Safranek’s strong dislike of decorative neckwear found him sailing, tie-free, across the Atlantic and Pacific Theaters, including to combat missions in Naples and Okinawa.

After the war, he returned to Paw Paw, eventually opening a grocery store. Safranek brags that he can still drive the 30 minutes from his home to his medical appointments at the La Salle clinic.

“The day he came in to schedule his appointment, the clerk noticed it was going to be his birthday, so it got me thinking to do a little celebration,” explained Laura McNally, a social worker at La Salle and party planner. “Anything we can do to make our Veterans feel extra special is our goal.”

Have to wait a couple of years for the big one

Although Safranek was happy to reach another milestone, he insisted it wasn’t a big deal. The Veteran has his sights set on reaching his 100th celebration.

“I have to wait a couple of years for the big one,” he said.