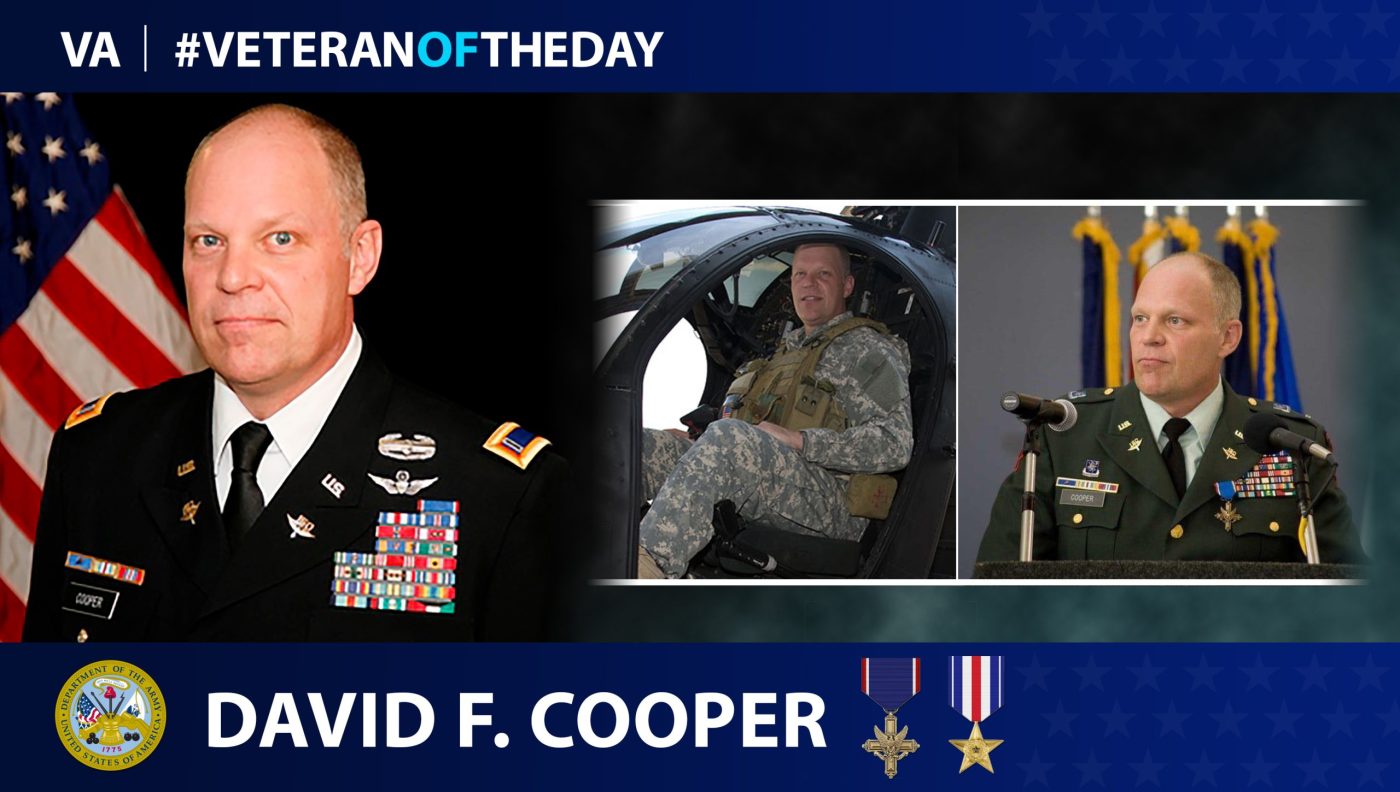 David F. Cooper was born and raised in Cincinnati, Ohio. He enlisted in the Army in 1985 and completed basic training at Fort Jackson, South Carolina. He then attended the Warrant Officer Basic Course and Army Flight School at Fort Rucker, Alabama, followed by the AH-64 Apache Aircraft Qualification Course. Cooper flew combat missions during Operation Desert Storm in 1991, and later led Gen. Schwarzkopf’s airborne escort for the armistice negotiations at Safwan Airfield. In 1994, he volunteered for the 160th Special Operations Aviation Regiment (SOAR), also known as the Night Stalkers, based in Fort Campbell, Kentucky.

Cooper completed an undergraduate degree at Embry Riddle Aeronautical University, receiving a Bachelor’s of Science in professional aeronautics. He continued to serve in the Global War on Terror.

Cooper went from being a fully mission-qualified pilot to becoming a flight lead. He deployed to Iraq and Afghanistan at least 23 times. On Nov. 27, 2006, while operating against an enemy force northeast of Taji, Iraq, Cooper engaged the enemy without any protection or regard for his personal safety. While encountering heavy anti-aircraft fire, he continued to battle advancing enemy forces, destroying multiple gun trucks and killing at least 10 enemy personnel. For his actions, he received the Distinguished Service Cross; it was the first ever awarded to a Night Stalker in the regiment’s history, and to date, Cooper is the only living aviator to have received it.

Cooper has received numerous additional honors and recognition for his service in the Army. He was also awarded an Army Distinguished Service Medal, a Silver Star, a Distinguished Flying Cross, two Bronze Stars, three Meritorious Service Medals, three Air Medals for Valor, four Air Medals and an Army Commendation Medal. Cooper was selected as the 160th command chief warrant officer in 2011 and served in that position until he retired in 2012.