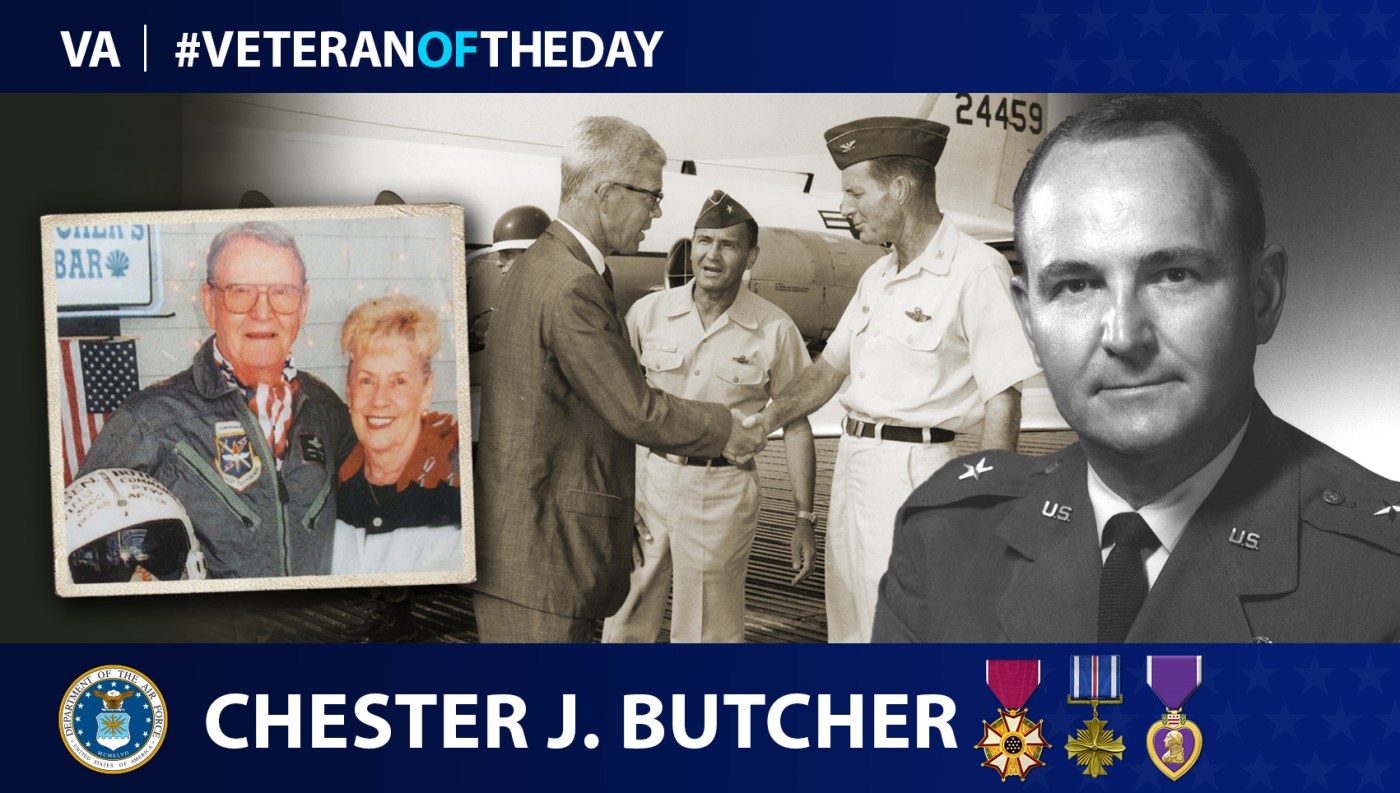 Chester J. Butcher was born in January 1922 in Lafayette, Louisiana. After graduating from Cathedral High School in 1938, he attended the University of Southwestern Louisiana, but entered the U.S. Military Academy a year later. After completing basic and flight training at West Point, New York, he continued his studies, graduating in January 1943 with a Bachelor of Science and a commission of second lieutenant.

In the European theater of World War II well underway, Butcher was assigned to the 355th Fighter Group in England as a flight commander and operations officer. As a part of the 355th Fighter Group, he performed strafing runs in the cockpits of P-47s and P-51s, aerial maneuvers in which low altitude aircraft assault ground targets with their automatic weapons.

During a mission in the south of France, Butcher was shot down in a P-51 while executing a strafing run on German airfields. Surviving the crash, he was taken as a prisoner of war (POW) and would spend a year and a half in hospitals and POW camps until being released in April 1945.

After returning stateside following the war, Butcher immediately reentered active duty and served at Shaw Field, South Carolina, as a squadron commander. In 1946, he attended the Command and General Staff School at Fort Leavenworth, Kansas. While there, he also returned to his academic pursuits, earning a Master of Science in Aeronautical Engineering from Princeton University.

Butcher continued to serve in executive positions throughout the remainder of his career, advancing to the grade of brigadier general on May 1, 1968. He later served abroad in command of Nakhon Phanom Royal Thai Air Force Base, Thailand, as well as becoming deputy commander of the 5th Allied Tactical Air Force in Southern Europe.

Gen. Butcher retired as a command pilot in 1974.