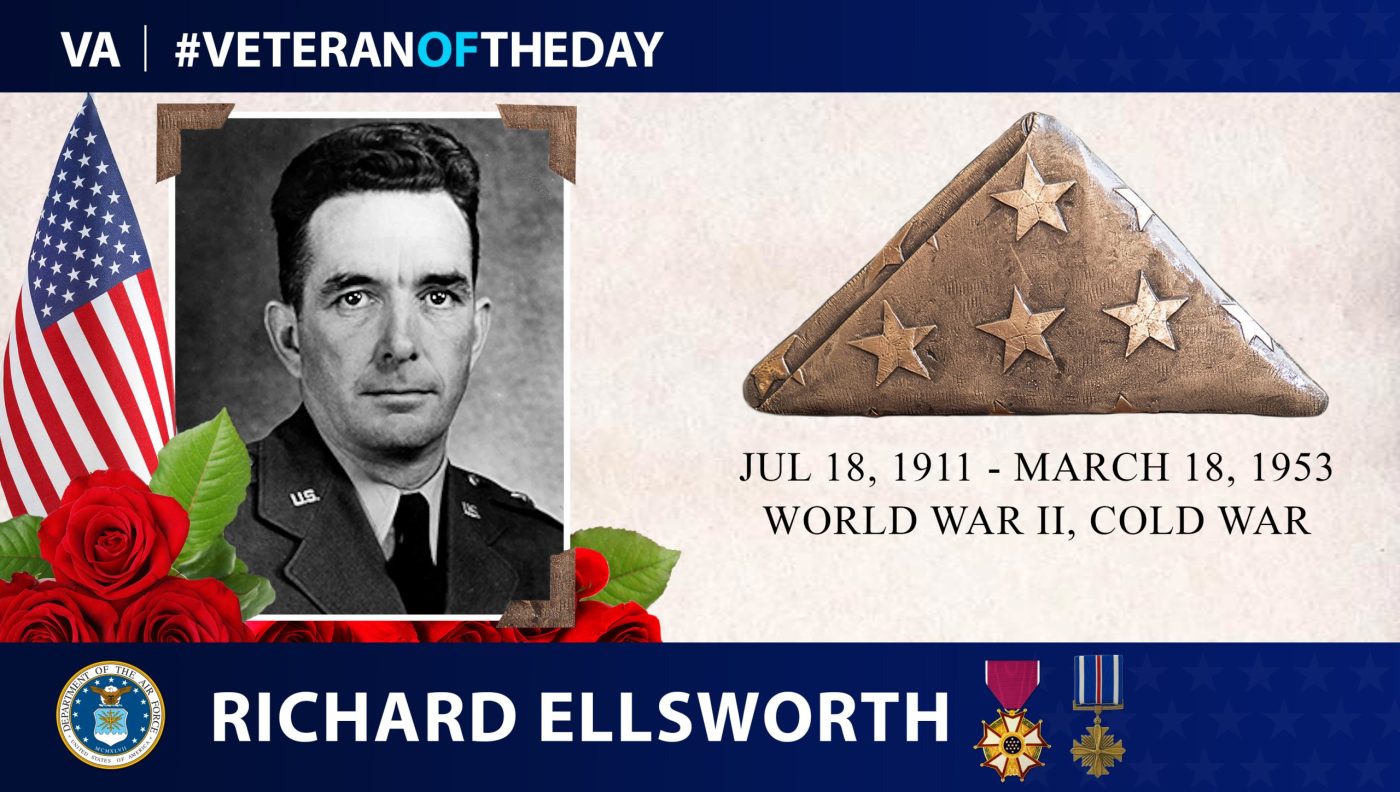 Richard E. Ellsworth was born in July 1911 in Erie, Pennsylvania. He joined the Pennsylvania National Guard in 1929. Two years later, he received a sought-after appointment to the U.S. Military Academy at West Point. He graduated in June 1935 and was commissioned a second lieutenant.

Following graduation, Ellsworth began pilot training at Randolph Air Force Base and Kelly Fields, Texas. After pilot training, he was assigned to squadron duties at Mitchel Field, New York, in October 1936. He was promoted to first lieutenant in June 1938 and transferred back to Kelly Field, and later to the Sacramento Air Depot in California. During his time in Sacramento, he attended the California Institute of Technology, studied meteorology and graduated with a master’s degree. He was promoted to captain in October 1940, major in December 1941 and lieutenant colonel by February 1942.

In spring of 1942, Ellsworth was reassigned to transport pilot duty in Alaska. In October that year, he was sent to the South Pacific to study weather-related phenomena, and was promoted to colonel in December. Next, he served as a commander for the Tenth Weather Region in the China-Burma-India theater, flying in 400 combat missions and logging a total of 780 flight hours for the 10th and 14th Air Forces. For his service in World War II, Ellsworth was awarded a Legion of Merit, two Distinguished Flying Crosses, an Air Medal, a Campaign Battle Star and the China Air Force Wings.

Later, Ellsworth was assigned the position of wing commander of the 28th Strategic Reconnaissance Wing at Rapid City Air Force Base, South Dakota, and promoted to brigadier general in September 1952. On March 18, 1953, he co-piloted a RB-36H bomber that was simulating a combat flight mission from the Azores to South Dakota. The crew used celestial navigation, switching off radar to observe radio silence. Late at night, and during poor weather conditions, the bomber went off course and crashed into a low peak on Newfoundland. Ellsworth and the 22 other crew members did not survive.

Ellsworth is buried at Black Hills National Cemetery, South Dakota. After his death, President Dwight Eisenhower renamed Rapid City Air Force Base to Ellsworth Air Force Base in his honor.