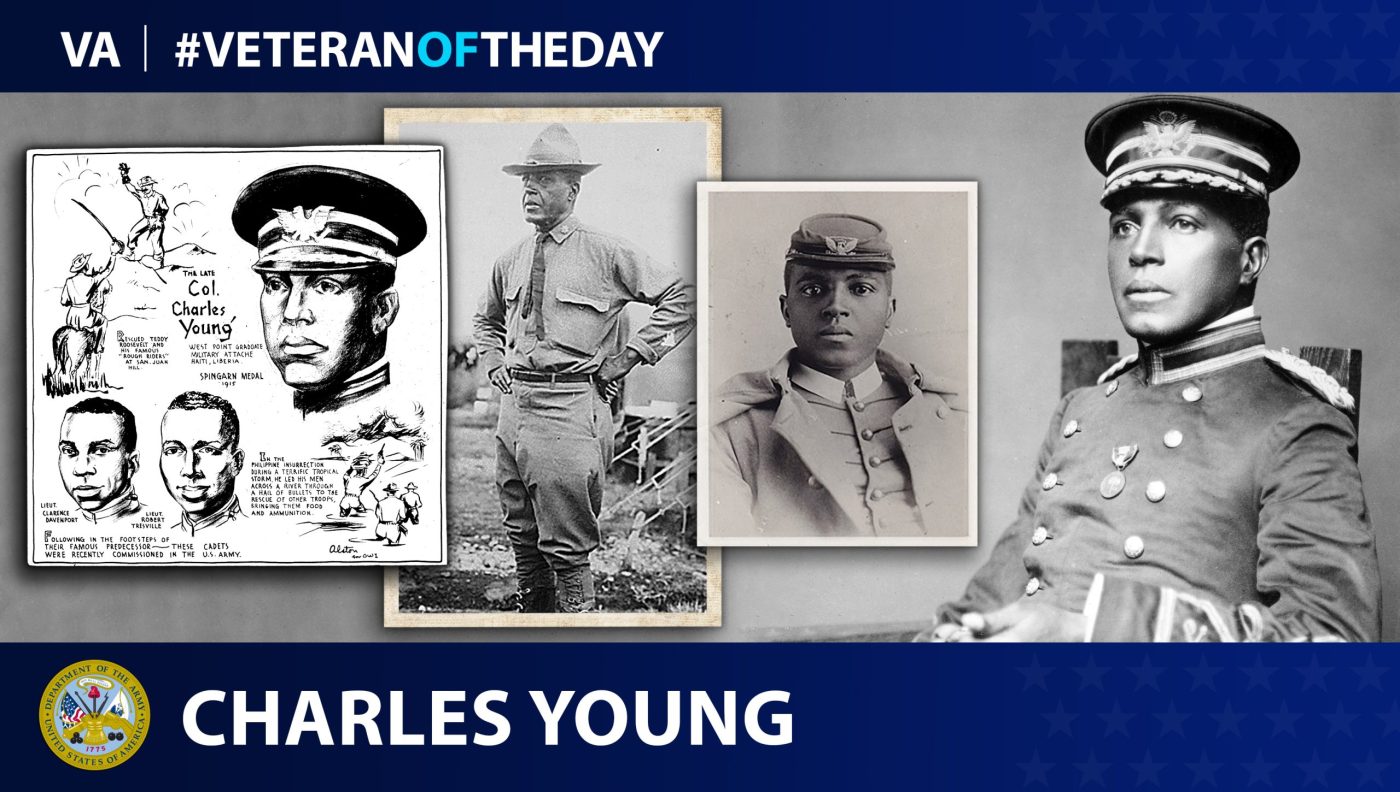 Charles Young was born in May’s Lick, Kentucky, in 1864, during the Civil War. Young’s parents were slaves, but in 1865, his father escaped to Ohio to enlist with the 5th U.S. Colored Artillery. By serving with the Union Army, his father earned freedom for himself and his family, and they rejoined him in Ohio. As a child, he was a bright student, displaying a talent for music and foreign languages.

Young followed his father’s example of military service and applied to the U.S. Military Academy at West Point in 1883. Despite his strong academic record—Young graduated high school with honors and had the second-highest score on the academy entrance exam that year—he was not selected to attend. He was finally admitted in 1884 after the top-scoring applicant dropped out. Young was the ninth Black student to attend West Point and, in the aftermath of the Civil War, faced racial discrimination from his instructors and fellow cadets. He graduated from West Point in 1889, the third Black cadet in the history of the academy to do so.

After receiving his commission, Young served as a Buffalo Soldier with the 9th and 10th Cavalry in Nebraska, as well as the 25th Infantry and the 9th Ohio Volunteer Infantry. He fought in both the Philippine-American War and the Spanish-American War, and spent several years as a professor of military science at Wilberforce University in Ohio. In 1903, after being promoted to captain, Young became the first African American national park superintendent when he and his troops were tasked with the management and maintenance of the Sequoia and General Grant (now Kings Canyon) national parks in California. The following year, Young was appointed as the military attaché to Haiti—the first African American to serve attaché duty—and later served as attaché to Liberia in 1912. He was promoted to major that same year and received another promotion to lieutenant colonel in 1916, becoming the first African American to reach that rank.

In 1917, as the United States entered World War I, there was speculation that Young might become the Army’s first Black general, but he was diagnosed with high blood pressure and forced into retirement. Although his retirement was ostensibly for medical reasons, critics contend that military leaders were reluctant to place a Black general in command of white troops. In protest, Young undertook a 500-mile horseback ride from Ohio to Washington, D.C., to demonstrate his physical fitness. His medical retirement was not rescinded, but he was returned to active duty and promoted to full colonel in 1918.

Young died in 1922, at the age of 57, while serving as the military attaché to Liberia. At the time of his death, he was the highest-ranking African American soldier in the Army.