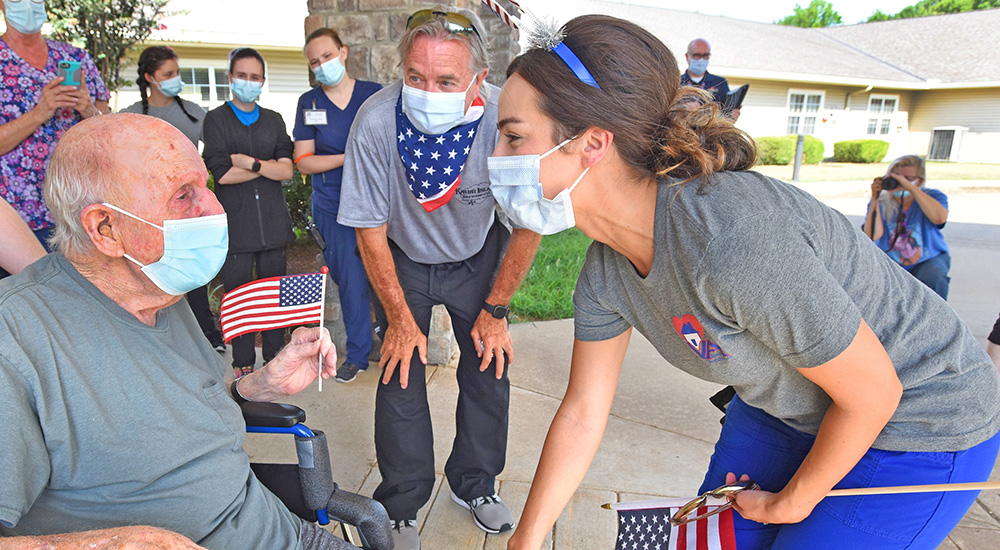 Central Arkansas VA’s Home Based Primary Care team celebrated the service of two Marine Veterans from the greatest generation with parades in July.

The home health care team honored World War II Veterans Eulice Bain and Hubert Spann by leading special parades. They were joined by local first responder vehicles followed by presentations of the medical center’s commemorative coins at each of the Veteran’s residences. 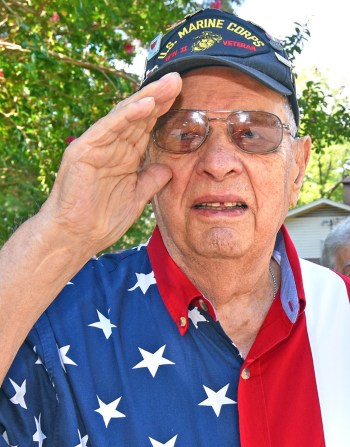 Spann served in the Pacific theater in Guam. He later served in China guarding the country’s rail system and coal mines, and assisted in the relocation of displaced Japanese citizens.

The events are in many ways extensions of the relationships developed from home-based care.

“These parades have reinforced our commitment to the Veterans we serve each day, and have provided a heartfelt love for both these Veterans and for our work in VA,” said Kent Wilson, nurse manager. “These Veterans, especially the WWII era Veterans, sacrificed so much for our country. For us to be able to honor them shows that we are as dedicated with providing care as they were providing us with the freedoms that we enjoy.

The parades and coin presentations serve as a reminder to the Veterans their sacrifice and service to our Nation are not forgotten.

“I think aging can be very lonely and especially homebound Veterans often feel overlooked or forgotten, so the parade attention is often overwhelming and reminds them that they matter to us and our society as a whole,” said Dr. Michelle Lisko-Burns, Home Healthcare chief. “For staff, these parades have become huge morale boosters and reminders of why we do what we do serving these Veterans who served us.”

Home Based Primary Care provides health care services to Veterans in their home and is for those who have complex health care needs for whom routine clinic-based care is not effective.