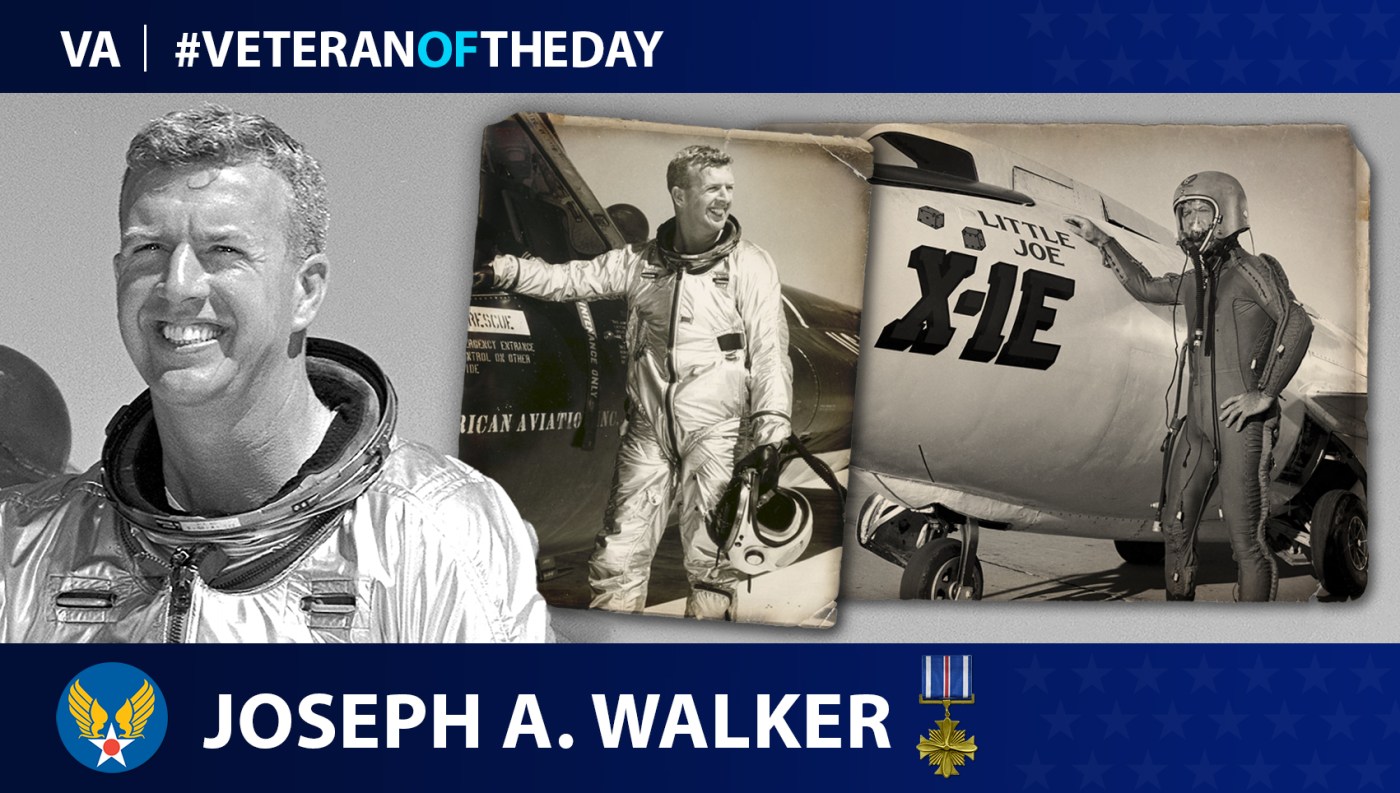 Joseph A. Walker was born in Washington, Pennsylvania, in February 1921. He attended Washington and Jefferson College, graduating with a bachelors degree in physics in 1942. An airplane ride during his senior year convinced him to follow a career in aviation. He enrolled in the U.S. government’s Civilian Pilot Training Program that same year but was told by an instructor that he would never be a pilot because he was “too cautious.”

Walker joined the U.S. Army Air Forces and was commissioned a second lieutenant in 1943. During World War II, as the pilot of a P-38 Lightning fighter aircraft, he flew 58 combat and reconnaissance missions. After the war, he joined the National Advisory Committee for Aeronautics (NACA) in Ohio as a civilian physicist and research pilot for the Aircraft Engine Research Laboratory. In 1951, he transferred to the High Speed Flight Research Station at Edwards Air Force Base in California, where he remained for the rest of his career.

In 1958, NACA was incorporated into the newly formed National Aeronautics and Space Administration (NASA), and Walker became chief research pilot at the NASA Flight Research Center. In 1960, he joined the X-15 test flight program, an experimental, rocket-powered aircraft. It would be carried 45,000 feet into the air by a B-52 bomber, and after launch, was capable of flying at an altitude of over 300,000 feet and traveling faster than 4,500 miles per hour.

Between 1960 and 1963, Walker flew a total of 25 test flights in the X-15. Three of those flights took place at an altitude higher than the 50-mile limit used by both NASA and the U.S. military to mark the boundary of outer space. This technically made him both the first civilian to fly into space and the first person to fly in space twice. However, because he was a civilian pilot and not a member of the military, he was not formally recognized as an astronaut and did not receive astronaut’s wings.

Walker left the X-15 program in 1963 and continued working for NASA. He was the first man to pilot the Lunar Landing Research Vehicle, which was later used to train astronauts in preparation for missions to the moon. Walker also served as a chase pilot for other test programs and traveled across the country, giving presentations on research being done by NASA.

On June 8, 1966, Walker was serving as chase pilot for a test of the XB-70, an experimental supersonic bomber. While flying in tight formation, his F-104 Starfighter accidentally collided with the XB-70, killing both he and another pilot. At the time of his death, Walker was 45 years old.

On Aug. 23, 2005, NASA retroactively awarded astronaut wings to Walker and two other civilian pilots who flew above the 50-mile barrier in the X-15 program. In addition to this honor, Walker was also a recipient of a Distinguished Flying Cross and an Air Medal with seven oak clusters.