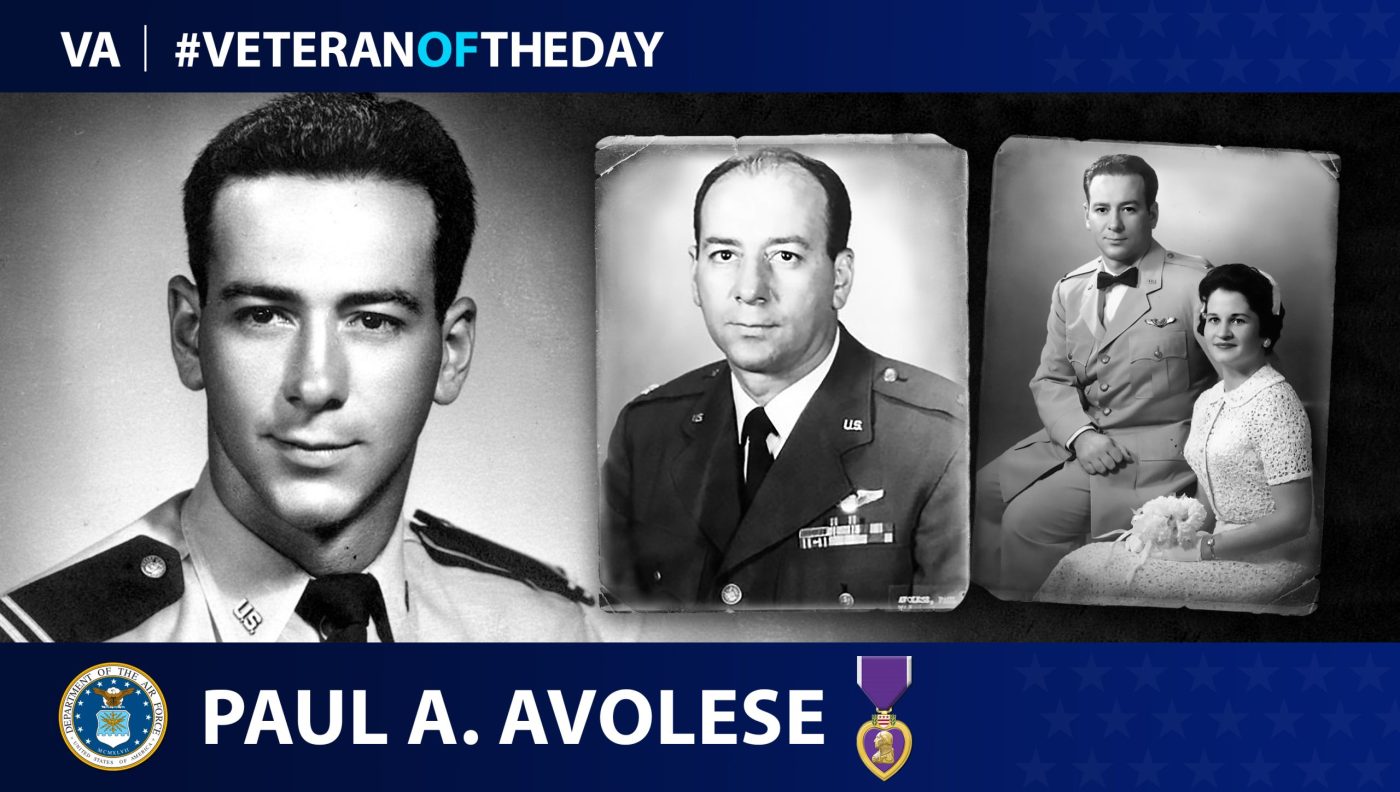 Paul Andrew Avolese was born in June 1932 in Queens County, New York, the youngest of four children. Both of his parents were Italian immigrants who initially arrived in Massachusetts before moving to New York. After enlisting in 1952 and graduating from Officer Candidate School as a second lieutenant, Avolese attended the Bombardier Navigation School. He was a radar navigator with the 4133rd Bombardment Wing, 2nd Bombardment Squadron. He married Marilyn Joy in 1956, and the couple had four children.

In July 1967, Avolese was a navigator for one of three B-52D Stratofortress bomber aircraft sent on a mission to bomb enemy targets in South Vietnam. The three aircraft took off from Anderson Air Force Base in Guam. Their destination was 2,500 miles away, with the aircraft crossing the Philippine and South China Seas. Approximately 20 miles from the Vietnamese shore, ground control instructed two of the aircraft to change positions. This resulted in both aircraft, one of which Avolese was onboard, crashing in midair. Seven men from both aircraft were rescued, while the remaining six, including Avolese, being reported missing.

Defense Prisoner of War/Missing in Action (POW/MIA) Accounting Agency and Project Recover, a government agency and private research group respectively, led an underwater search along the Vietnamese coast for the underwater wreckage of the aircraft in 2020. Avolese’s remains were found among the wreckage and underwent DNA testing in September 2020 at Joint Base Pearl Harbor-Hickam in Hawaii to confirm his identity. Avolese was 35 years old when he died. He was buried at Fort Rosecrans National Cemetery in San Diego.

Avolese underwent two tours in Vietnam and was in the Air Force for 15 years, having achieved the rank of major at the time of his death. He received an Air Medal for his service to his country.