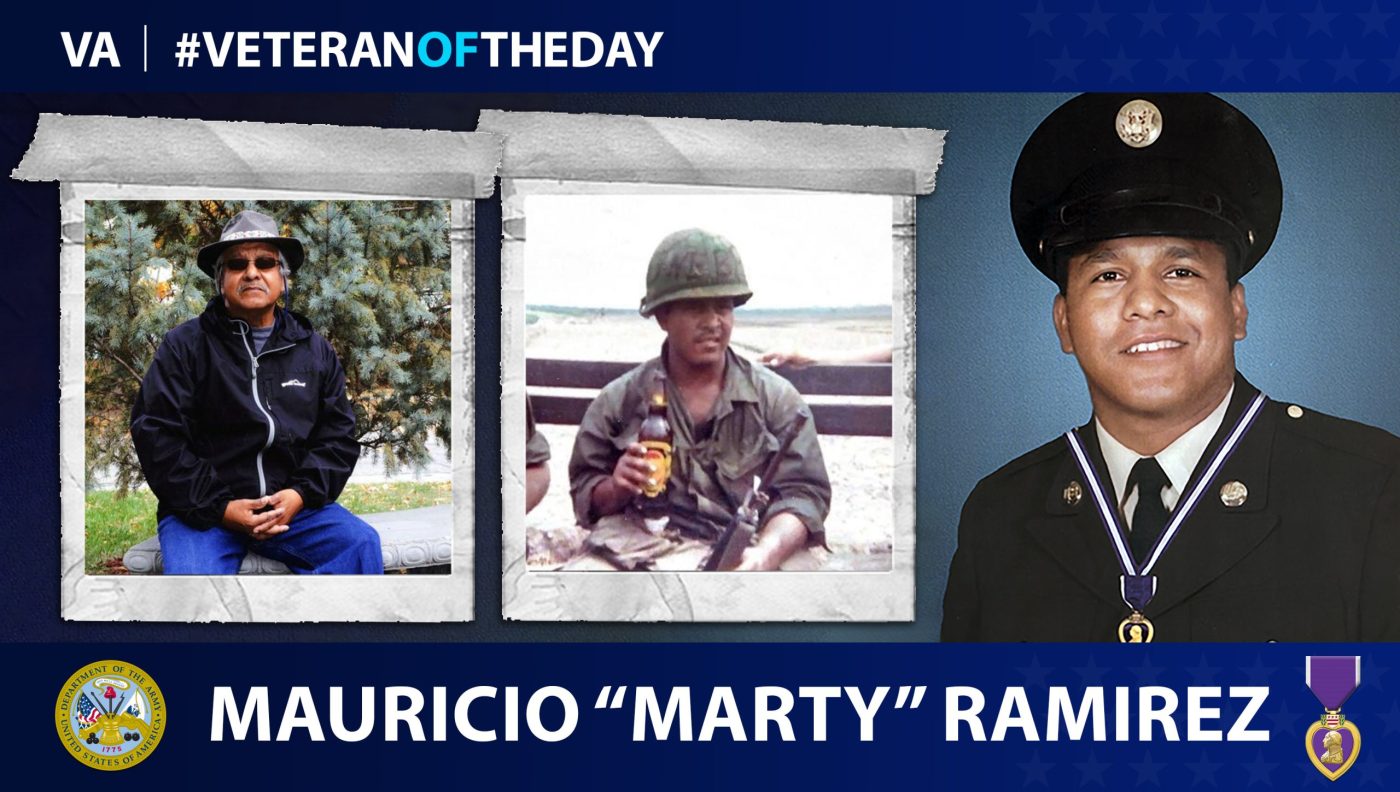 Mauricio “Marty” Ramirez was born in Scottsbluff, Nebraska, as the youngest of 11 children. He attended Chadron State College and became the first Latino baseball player in the school’s history. He graduated in 1967 with degrees in sociology and Spanish. In September, two months after his college graduation, he was drafted.

Ramirez’s family has a history of military service. His father fought in the Mexican Revolution with Pancho Villa and his brothers served in the Air Force and Army Reserve. Ramirez attended basic training at Fort Bliss in El Paso, Texas, and advanced infantry training at Fort Polk, Louisiana. He married his wife, Connie Holm, in December 1967, before being deployed to Vietnam.

Ramirez arrived in Bien Hoa, Vietnam, in 1968 and was assigned to the 199th Infantry Light Brigade during the first Tet Offensive. He served as a radioman, carrying a 70-pound pack that made him a target of the enemy hoping to disrupt communications. In an interview with the National Veteran Tribute Network, Ramirez described the six-to-eight-hour patrols through jungles, rivers and mud. He stated, “In the evening we would eat our rations, dig our foxholes and be ready for the evening battles (and there were many).” He would spend up to 100 days in the field before returning to the main base for a short rest.

Just 12 days before his tour ended, his unit was guarding ammunition and took shelter under a bridge near Saigon for the night. They were attacked with rockets, motor rounds and grenade launchers. Ramirez was near the top of the bridge when he was struck by fragments and fell approximately 50 feet. He returned to the United States and spent six months at Fort Carson, Colorado.

Ramirez was honorably discharged from the Army at the rank of sergeant and received a Purple Heart for his wounds. He earned master’s and doctorate degrees at the University of Nebraska Lincoln (UNL) and worked there, beginning in 1973, as a mental health counselor with its Department of Minority Affairs and, later, as a counseling psychologist. He worked at UNL for 38 years and, during that time, founded the Mexican American Student Association (MASA), which is still active today. Ramirez also worked to fundraise and establish the Chicano/Mexican American Veterans Monument that features the names of 600 Mexican Americans from the area near his hometown of Scottsbluff who served.