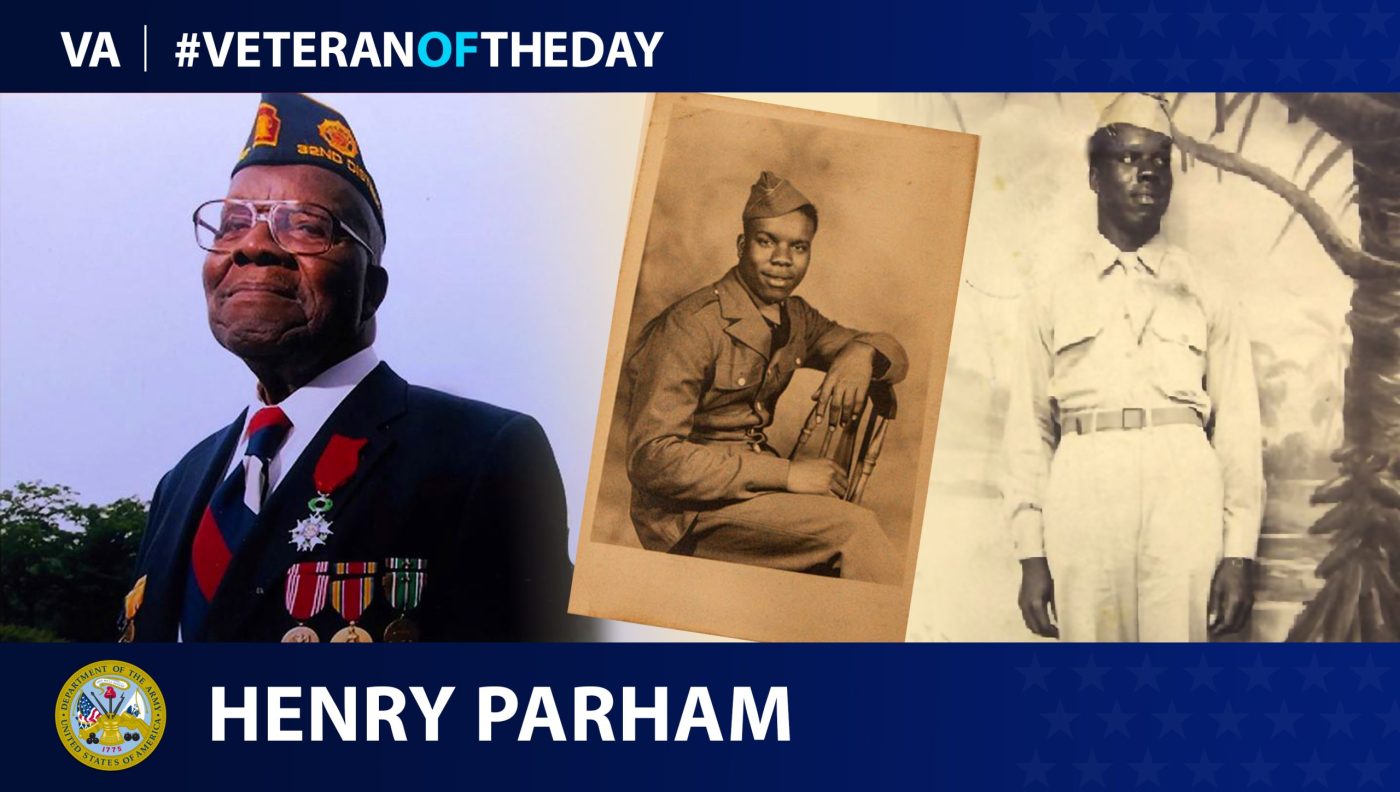 Henry Parham was born in November 1921. He was drafted at age 21 and completed basic training at Camp Tyson, Tennessee. While there, Parham learned skills that made him invaluable to the Allied army, as he mastered the art of keeping barrage balloons steady despite the windiest conditions. He ultimately became a part of the 320th Anti-Aircraft Artillery Balloon Barrage Battalion.

In 1943, Parham was shipped to England and spent the next several months preparing for the long-awaited invasion of the continent. On June 6, 1944, the 320th landed on Omaha Beach, purportedly being the first barrage balloon unit in France and the only Black unit to come ashore that day.

For the next 68 days, Parham and his team of five hunkered down in trenches during the day. When night came, they stepped out to raise and lower the barrage balloons. These balloons could slice the wings of aircraft and disable propellers, making them powerful defensive tools against enemy aircraft. The barrage balloons helped protect Allied landing craft that were carrying reinforcements and supplies. In all, Parham, alongside his comrades in the 320th, destroyed 73 planes.

After D-Day, Parham served another five months in France, protecting Gen. Patton’s army. He was then sent to Hawaii for deployment to the Pacific, however before being deployed, the Japanese surrender spared him from having to fight another battle.

After the war, Parham used the G.I. Bill and worked for the Buncher Company in Pittsburgh as a machine operator until he retired. He remained active in the Veteran community, having volunteered with the American Legion and a local Veterans hospital.

Parham’s service did not receive much public recognition for decades. But in 2013, the French government made him a chevalier of the Legion of Honor.

Parham died on the Fourth of July in 2021, and he is believed to have been the last surviving member of the 320th. He was 99.