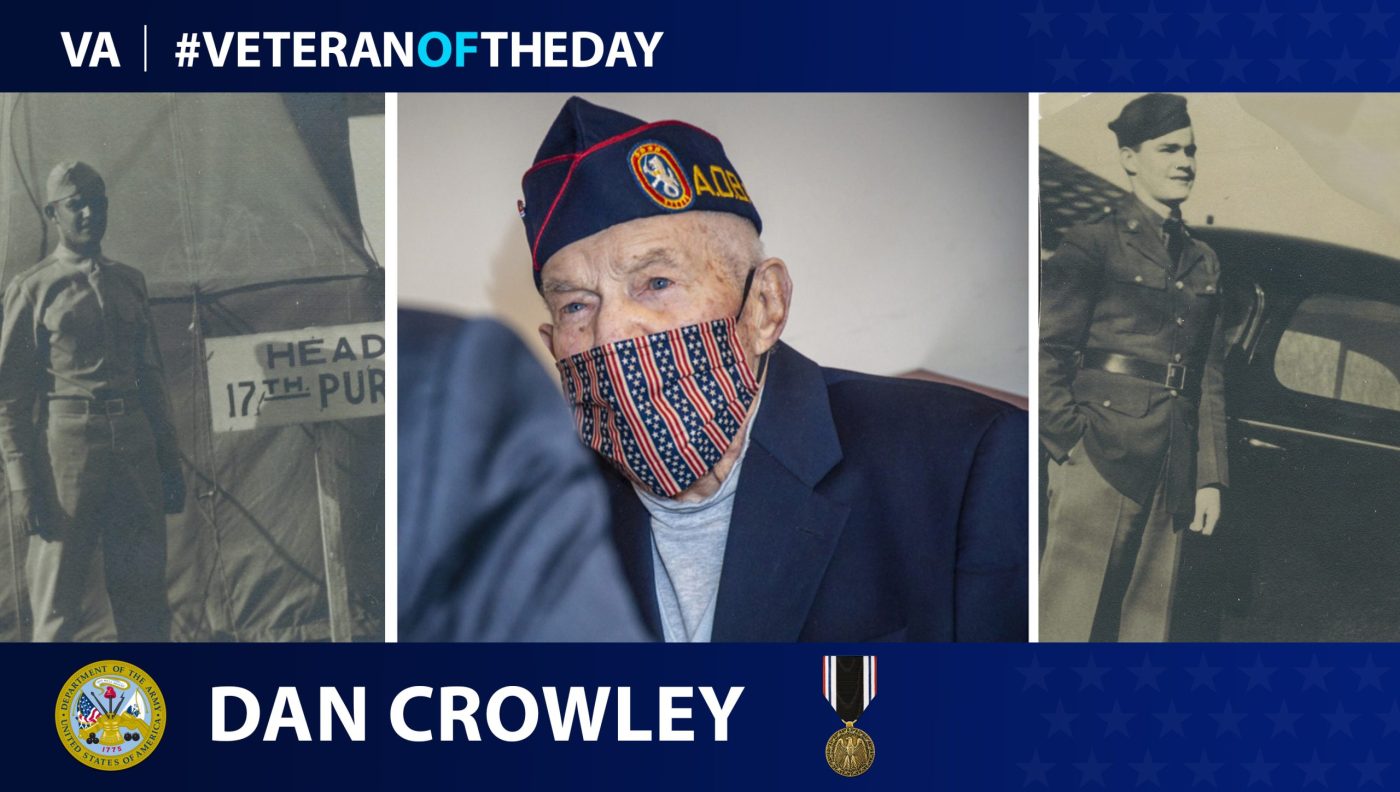 Daniel “Dan” Crowley was born in 1922 and grew up in Greenwich, Connecticut. After graduating from high school, he decided he wanted to travel the world, and in 1940, he enlisted in the U.S. Army Air Corps. In an interview with the Veterans History Project, Crowley explained that he wanted to “take a long trip somewhere at the expense of our country and come out as soon as [he could].”

In March  1941, Crowley was assigned to an aircraft unit on Nichols Field in the Philippines. At the time, the U.S. was not involved in World War II. However, in December, Japan bombed Pearl Harbor in Hawaii and the U.S. joined the war effort shortly after. Crowley became part of the U.S. Army’s Provisional Air Corps Infantry Regiment and mobilized to fend off the Japanese invasion of the Philippines. He fought in the Battle of Bataan and later swam across Manila Bay to escape capture from the Japanese forces. He fought along with the 4th Marines Regimental Reserve at Corregidor Island. He was assigned to a machine gun, a modern World War I water-cooled Marine Corps infantry weapon. He would go down to the rocks each morning, lower himself on a rope and down a steep cliff to man the gun. And each day before dawn, he would go back up because they would shell at daylight.

Crowley spent three-and-a-half years as a prisoner of war. He was imprisoned at Camp Cabanatuan and spent nearly 18 months building an airfield for the Japanese on Palawan Island. In 1944, he was sent to Japan as a slave laborer in a copper mine. He witnessed many of his comrades die and lived in dangerous and unhealthy conditions. In 1945, the prisoners finally began to see American aircrafts flying overhead. Crowley remembered this moment, noting how they started “breathing slightly, a slight sigh, that we may live, possibly we may live.” In September  1945, Japan officially surrendered to the U.S., and Crowley was liberated.

Crowley attained the rank of sergeant in 1945 but was never notified. In 2021, 75 years after the war, he was finally promoted, and he received the Army’s Combat Infantryman Badge and POW Medal.

After his service, Crowley returned to Connecticut and worked in the construction and jewelry businesses. He has remained active in the Veteran community and has visited the sailors aboard USS Bataan several times.