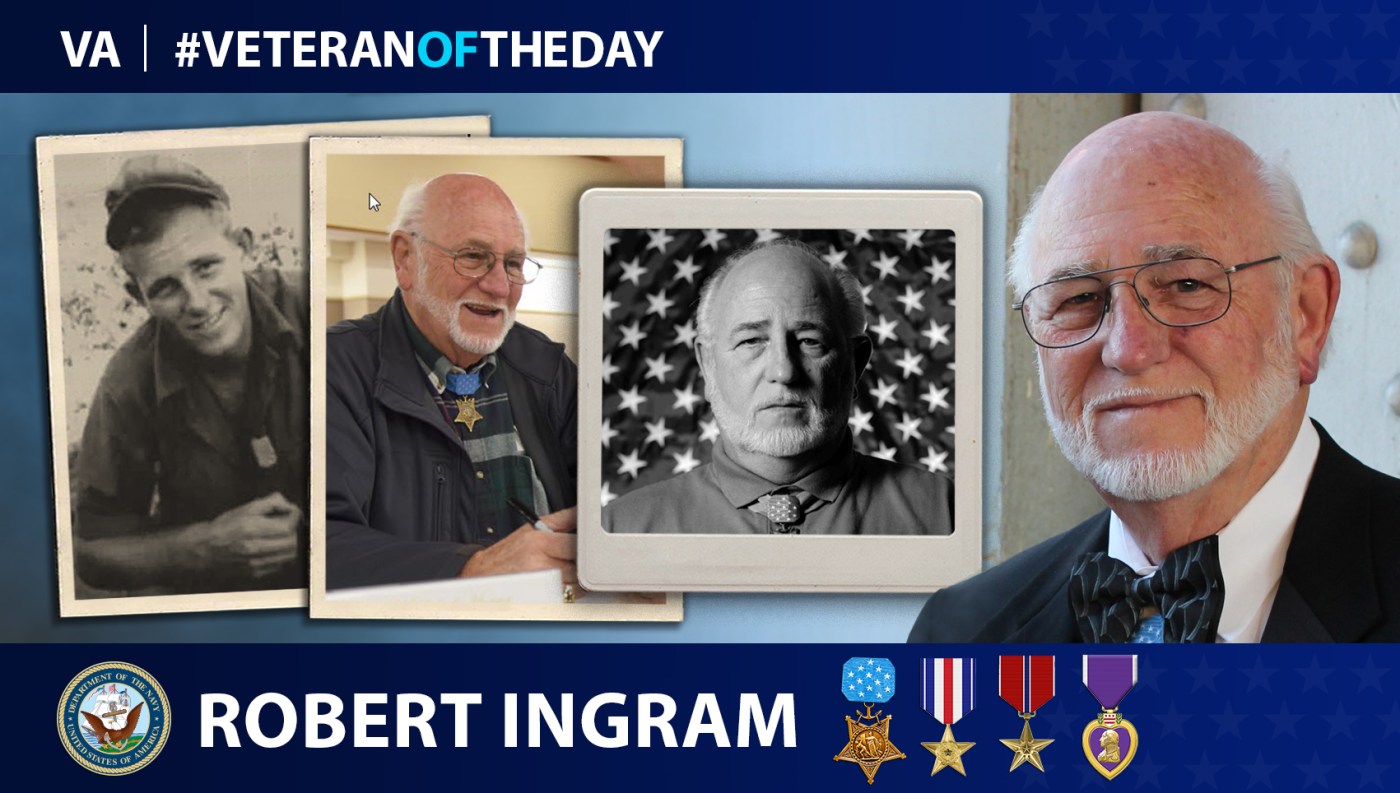 Robert Roland Ingram was born in Clearwater, Florida, in 1945. After graduating high school in 1963, he joined the Navy and was assigned to the aviation electronics field due to his interest and past experience. He intended to become an electronics technician.

While in boot camp, Ingram developed a case of pneumonia that sent him to the hospital. He became fascinated with the duties of the hospital corpsmen who cared for him. In an interview with the Veterans History Project, Ingram reflected on his career path change: “I decided at that time that I wanted whatever I was seeing that these guys were doing, and went down and changed my MOS to hospital corps.”

Ingram finished hospital corps training and field medical service school at Camp Pendleton, California, after he was discharged from the hospital. He was assigned to Bravo Company, 1st Battalion, 7th Marines, and later moved to Charlie Company in the same battalion. He deployed to Okinawa, Japan, for guerilla and jungle warfare training. From Okinawa, his company was sent to Vietnam.

Ingram served as a hospital corpsman, third class. He treated injured Marines in several combat zones. On Feb. 8, 1966, while under enemy fire, Ingram ran to the battlefield to treat over a dozen injured Marines. He was awarded a Silver Star for his actions.

On March 28, 1966, Ingram’s company came under intense attack while dispersing an outpost of North Vietnamese soldiers. The enemy opened fire on them, severely wounding and killing many. Ingram was hit, but he crawled across the scene, tending to the wounded and collecting ammunition from the dead. After being shot for the fourth time, he was too injured to continue treating the wounded. Instead, he instructed the gunnery sergeant how to treat the remaining Marines while they awaited medical evacuation.

Ingram was awarded a Medal of Honor in 1998, “For conspicuous gallantry and intrepidity at the risk of his life above and beyond the call of duty while serving as Corpsman with Company C, First Battalion, Seventh Marines against elements of a North Vietnam Aggressor (NVA) battalion in Quang Ngai Province Republic of Vietnam on 28 March 1966.”

Ingram left the Navy in 1968 and became a registered nurse. In addition to a Medal of Honor and a Silver Star, he received a Purple Heart, a Navy Combat Action Ribbon, a National Defense Service Medal, a Vietnam Service Medal with Fleet Marine Force Combat Operation insignia and two Bronze Stars, two Republic of Vietnam Meritorious Unit Citations with Palm and Frame and a Republic of Vietnam Campaign Medal.

Ingram wears the Medal of Honor to honor the men of Charlie Company. “I have the highest respect for the medal and the people who wear it, but to me, it’s what my men felt about me that makes the medal worthwhile. And today I would have to be wearing it for them.”