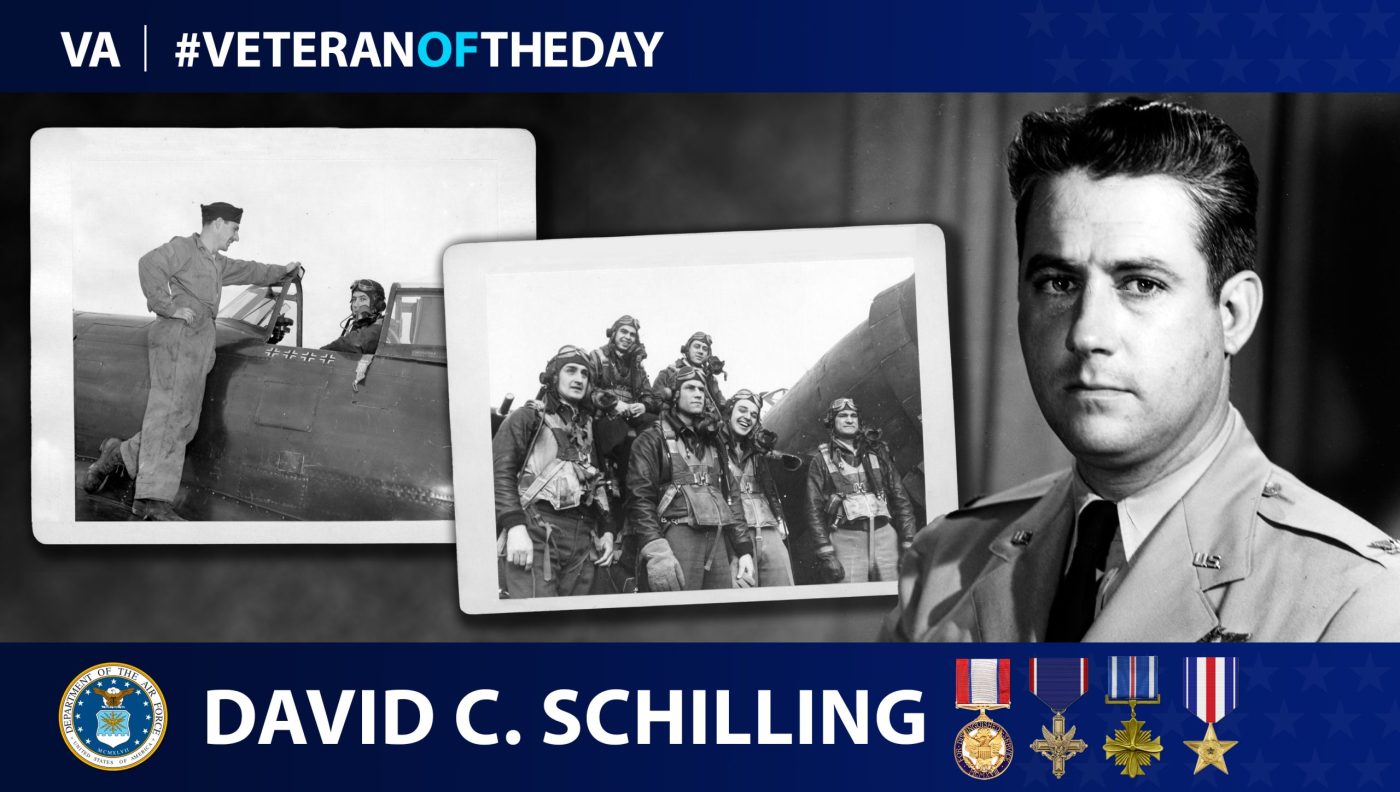 David C. Schilling was born in December 1918 in Leavenworth, Kansas. Before joining the military, he attended Dartmouth College in New Hampshire. He enlisted in the U.S. Army Air corps in August 1939, received his pilot’s wings in May 1940; he joined the 56th Fighter Group and saw action in the European Theatre of World War II.

As a fighter pilot flying a P-47 Thunderbolt, Schilling engaged in 132 combat sorties. During these, he achieved 22.5 air victories. He achieved recognition as a flying ace in December 1944. He downed five German aircraft in a single mission that involved over 100 fighter planes during the Battle of the Bulge. He was the eighth most decorated American pilot of World War II.

On April 9, 1944, while escorting a bombing raid over German-controlled territory, Schilling and another fighter became separated from the rest of the squadron. He and his wingman were soon intercepted by a group of approximately 30 German fighters. Despite the overwhelming odds, he took the initiative and headed straight for the German formation, intending to attack. Although his aircraft took significant damage during the aerial fight, he was able to down two enemy aircraft and successfully escape the ambush.

For these actions, Schilling received the first of two Distinguished Service Crosses. His other medals and awards include a Distinguished Flying Cross with eight Oak Leaf Clusters and an Air Medal with an Oak Leaf Cluster. After World War II, Schilling continued a career in aviation, being the first person to fly across the Atlantic Ocean in a jet-powered fighter aircraft. He was also the first person to pilot a jet-powered aircraft non-stop from England to the United States.

Schilling died in 1956 at the age of 37 in an automobile accident in Suffolk, United Kingdom, and is buried at Arlington National Cemetery.