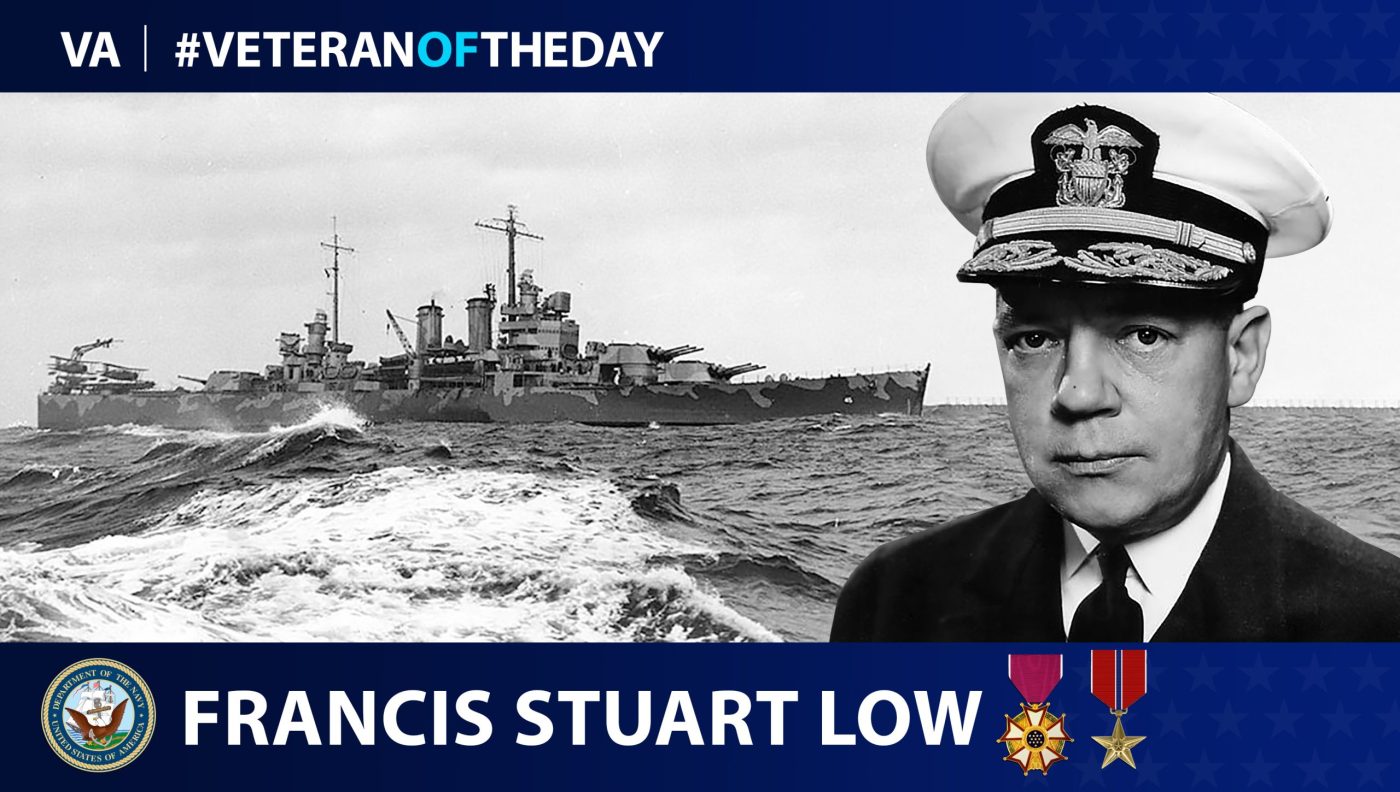 Francis Stuart Low was born in 1894, in Albany, New York, where his family lived before moving to Newton, Massachusetts. Low was a part of a military family and, after graduating from high school in Newton, he attended the Naval Academy in 1911. He graduated four years later. In 1926, he completed the junior course at the Naval War College in Newport, Rhode Island.

Low was a commissioned ensign after graduating and was attached to USS Connecticut before being transferred to USS Montana. Aboard Montana, he took part in the Veracruz Expedition, a military incident between the United States and Mexico during the Mexican Revolution in 1914, and the Haitian Campaign, a U.S.-led occupation of Haiti following the assassination of the island nation’s president.

Designated as a submariner, Low received training at Naval Submarine Base in New London, Connecticut. As a submariner, he served as the commander of Submarine Division Five during World War I, where he patrolled the Atlantic Coast against the threat of U-boats.

In the lead up to World War II, Low became an admiral. With the attack on Pearl Harbor in 1941, he was in a position to recommend that the U.S. launch twin-engine bombers from their Naval vessels. Hi suggestion to his superior officer, Adm. King, made its way to Gen. Henry H. Arnold, chief of the Army Air Forces, and became a key element of what would become the Doolittle Raid, the American retaliation for Pearl Harbor.

Low’s involvement during the war stretched from the North African campaign to the Pacific Theater. He commanded USS Wichita from Operation Torch in Morocco and Algeria to the Battle of Renell Island. Aboard Wichita, Low earned a Bronze Star Medal with a Combat “V” and later received a promotion to the rank of rear admiral on April 6, 1943.

As rear admiral, Low was in control of the daily operations of the Tenth Fleet, which was designed to detect and disrupt German U-boat activity and protect merchant fleets from attack. He remained in this position until 1945, when he assumed command of Cruiser Division Sixteen and took part in Naval operations in Kyushu, Southern Honshu, and the Nansei Shoto Islands. Following Japanese capitulation and the end of World War II, Low oversaw the surrender of Japanese naval installations in Korea, which lasted until 1947.

In the post-war years, Low served in the Naval Department and commanded the Pacific Reserve Fleet and Western Sea Frontier.

Following 41 years of service, Low retired in 1956 as a four-star admiral.