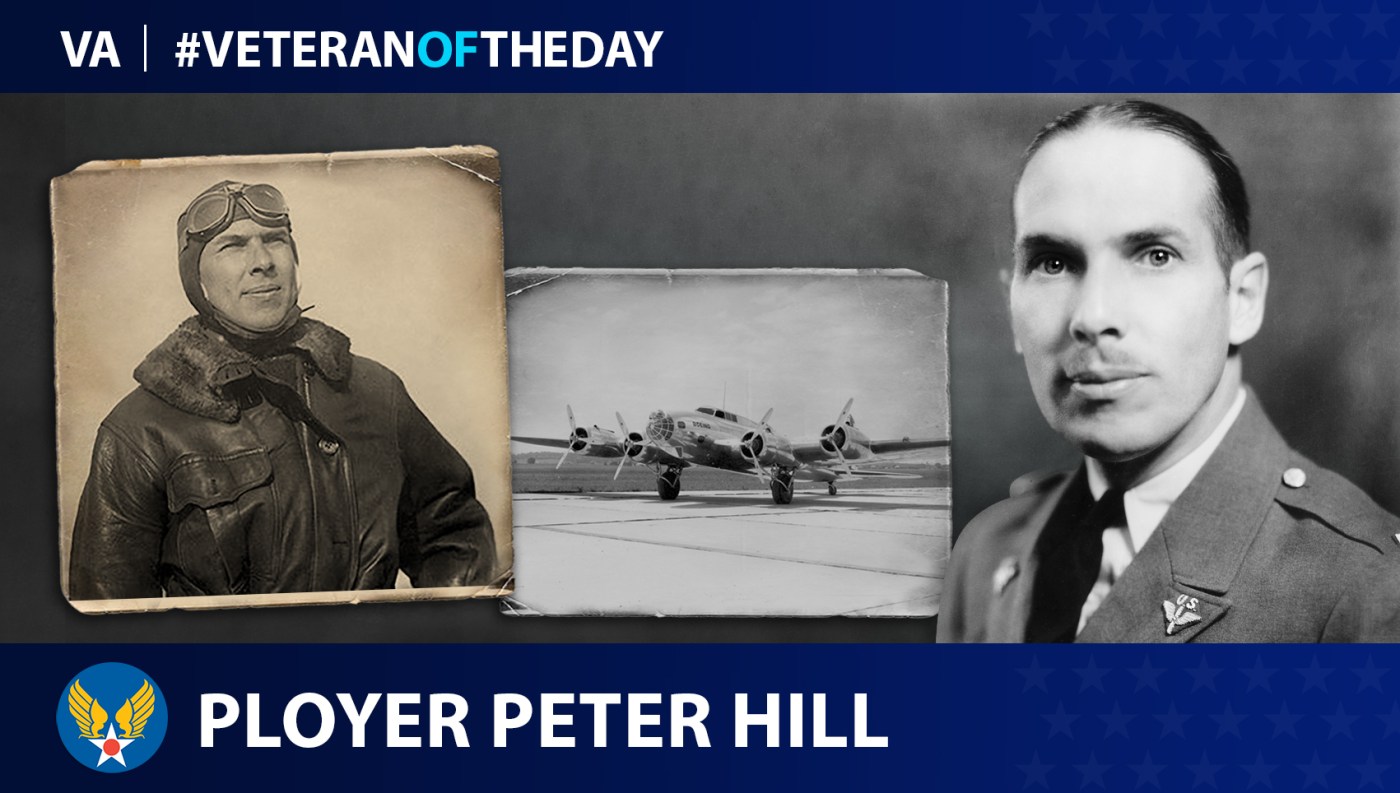 Ployer Peter Hill was born in Newburyport, Massachusetts, in October 1894. He attended Brown University and graduated with a degree in civil engineering in 1916. The following year, during World War I, Hill enlisted in the aviation section of the U.S. Army Signal Enlisted Reserve Corps. In 1918, he received training at the School of Military Aeronautics at Cornell University, the Aviation Concentration Camp at Camp John Dick in Texas and Chanute Field in Illinois. He accepted a commission as a second lieutenant in the regular Army and was trained as a bomber pilot, but the war ended before he ever saw combat.

In 1919, Hill served in the Office of the Chief of the Air Corps in Washington, D.C. The following year, he moved overseas with the American forces occupying Germany after the war, working as an engineer officer at the Air Service Flying Station in Weissenthurm. In 1922, he was assigned to Fort Bliss in Texas, where he took part in training exercises with the 12th Aero Squadron. He then transferred back to Chanute Field, where he trained in aerial photography and stayed on as an instructor. Over the next decade, Hill returned to Washington and commanded photo sections at postings in both New York and the Philippines.

In 1932, Hill took what would be his final assignment, serving as a test pilot and assistant chief of planes and engines in the maintenance unit at Wright Field in Dayton, Ohio. His duties involved testing and evaluating aircraft. During his career with the Army Air Corps, Hill piloted nearly 60 of the military’s best and newest designs. In 1935, he was promoted to major and became chief of the flying branch of the material division at Wright Field.

On Oct. 30, 1935, Hill took part in a test flight of the Boeing Model 299/XB-17, an experimental bomber and, at the time, one of the largest, most technologically advanced aircraft ever built. After takeoff, the aircraft climbed to an altitude of 100 feet, pitched upward, stalled and crashed to the ground. Three members of the flight crew survived, but both Hill and Leslie Tower, Boeing’s chief test pilot, died of injuries sustained in the crash. At the time of his death, Hill was 41 years old.

An official investigation of the crash determined that the flight crew had forgotten to remove the locks on the aircraft’s control surfaces before takeoff. These locks prevented wind damage to the XB-17 when it was on the ground, but the bomber could not be flown while the locks were still on. After the accident, Boeing developed a pre-flight safety checklist for pilots that was first implemented by the military, later adopted by civilian airlines, and eventually became standard aviation practice. The XB-17 received further refinements and ultimately became the B-17 “Flying Fortress.”

“He was a gentleman in the fullest sense of the word,” Lt. Col. John Brooks wrote of Hill. “He was a soldier of special distinction and finally he was a splendid pilot.”