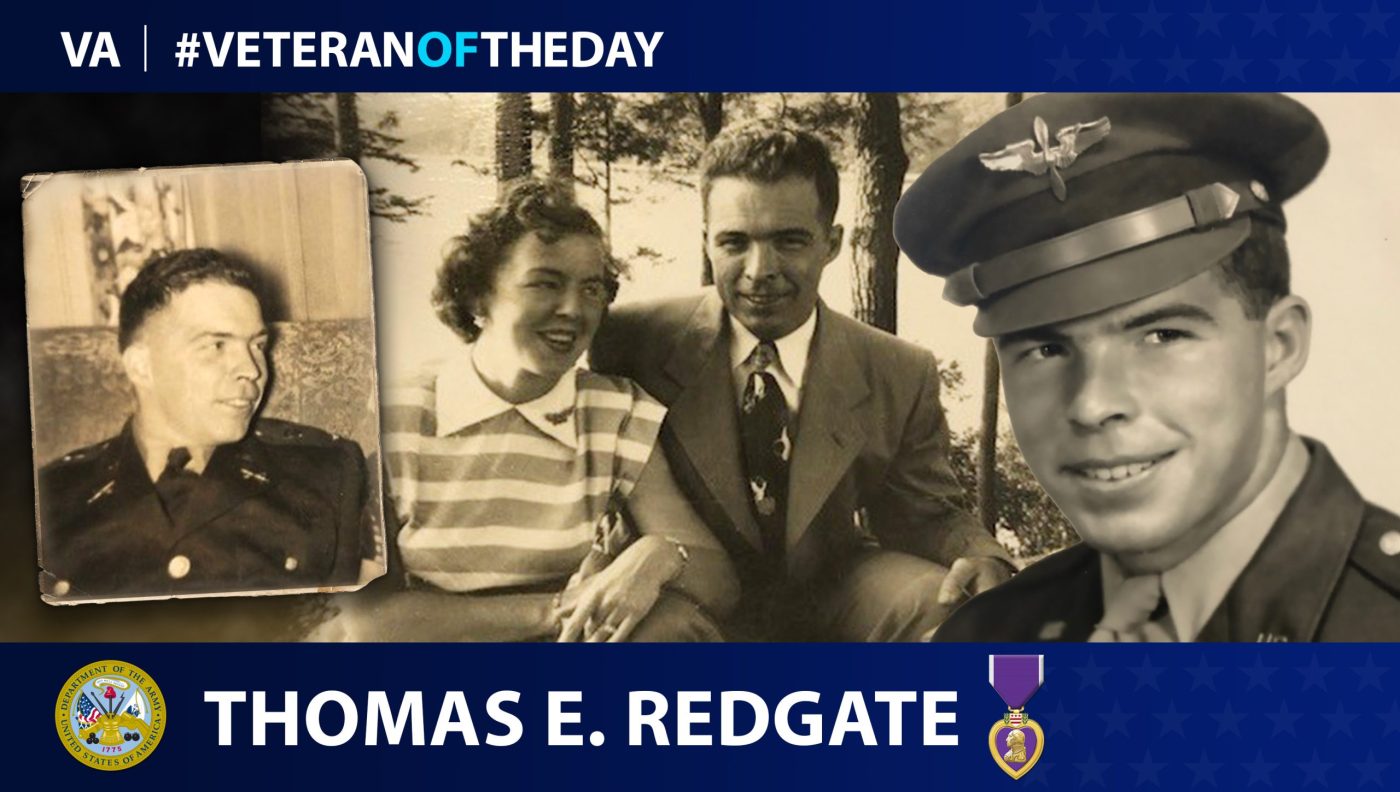 Thomas Redgate was born in 1926 in the Boston neighborhood of Brighton, Massachusetts. At age 17, he left high school and joined the Army Air Corps in World War II, serving as an aircraft mechanic, according to a Boston 25 News article. He stayed in the United States during World War II; after the war, he joined the National Guard and, according to a Telegram article, attended Boston College.

After a few years in college, Redgate enlisted in the Army instead of the newly independent Air Force, and in 1950, he arrived in Korea as an artillery forward observer in the 48th Field Artillery Battalion. He fought in the Battle of Chosin Reservoir.

In December 1950 at Chosin Reservoir, Redgate was lost in the retreat from Chinese forces. He was reported missing in action (MIA) by officers who convened together after the battle, but not much is known about when or how he went missing. In the hasty retreat, thousands of American and South Korean soldiers were killed, taken prisoner or went MIA. In his final letter to his family before the attack, he addressed how cold it was, saying that you “don’t dare put water on your face or you would freeze.”

For nearly seven decades, Redgate’s death was a mystery, and no one had found any remains. In 2018, when, after meetings between President Donald Trump and Kim Jong-un in Singapore, North Korea turned over boxes with remains of American soldiers from the Korean War. In April 2020, box number 25 was matched with Redgate’s DNA, according to the Telegram article. After almost 70 years of not knowing what happened to him, Redgate’s family finally had some closure.

Redgate posthumously received a Purple Heart and was buried in Bourne National Cemetery in his home state of Massachusetts.