PTSD and cancer don’t stop him from leaving his bunker 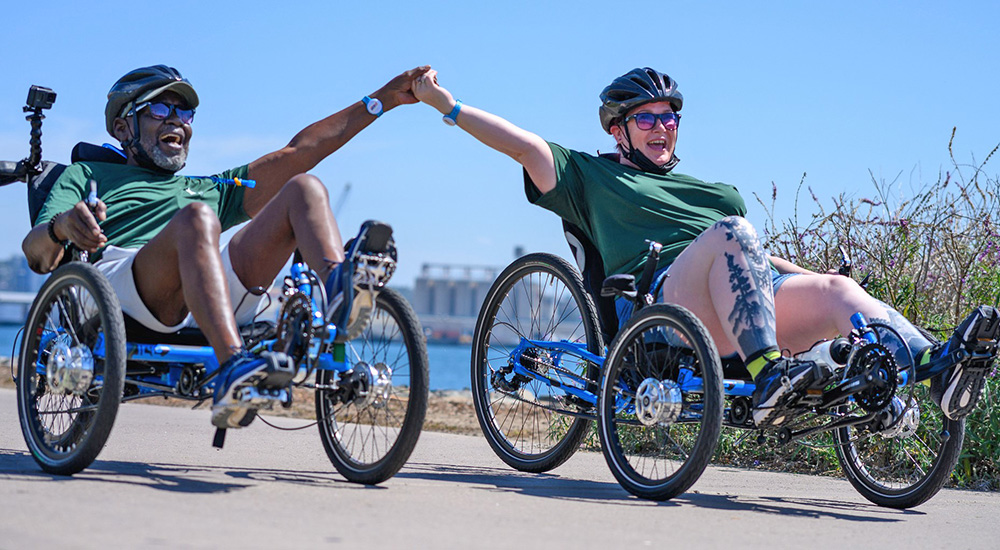 Nathaneal Jackson has always cared for others, but it wasn’t until he joined the Army in 1969 as a medic that he earned his nickname, “Doc.” His army career brought him through two tours of Vietnam from 1969-71, and he continued as a medic through his service in the Army Reserve.

Following his military career, Jackson then worked as an emergency room nurse and a flight medic. “My calling was to save lives,” he said. “Often times that meant that I didn’t take the time to think about myself.”

While working as an emergency nurse, a seemingly routine call turned his world upside down. A newborn baby had passed away despite Jackson’s best efforts. While he didn’t know the child, it had a great impact on him.

“I hadn’t felt the effects of PTSD up until that time. I don’t know why this incident got to me. Shortly after, I broke down and lost it. I started feeling like I was having a heart attack,” he said.

What Jackson had experienced, he later learned, was a panic attack. Before he could be cleared to return to work, he was ordered to see a mental health therapist. “I don’t need a psychologist,” he thought. “I made it through two tours in Vietnam. I don’t need therapy.”

Reluctantly, though, Jackson did end up talking to a psychologist. After discussing his traumatic experiences—both during and after his military service—he was diagnosed with post-traumatic stress syndrome. “I realized I had never mentally ‘left’ the fields of Vietnam,” he said. “I went straight from a medic to a nurse. I was a trauma junkie. I needed to feel like I was needed.”

Because of his PTSD, he was told he couldn’t return to the health care profession. “I love nursing, I love people,” he added. “I didn’t know what I would do without it. I went home and laid on the couch for months because I was so depressed.”

Jackson took the time to go back to school, worked in vocational rehab, and even spent years working as a horse trainer. He was still feeling the impact of PTSD but didn’t feel comfortable seeking help. He made one visit to a VA hospital in the 1980’s and left right away. “It felt too connected to the Army,” the former medic said. “I was done with that part of my life.”

In addition to PTSD, Jackson felt like he had received his death sentence. Initially, he went to his “bunker” and isolated himself from society. Finally, he decided to go to VA for treatment.

Hope came from his urologist at Nashville VA Medical Center. “He told me, ‘We’ve come a long way since those days’,” Jackson remembered. “He said, ‘I’m not going to let that happen to you, Doc.’”

Found a reason to keep fighting

Jackson has received treatment for several tumors and hormone replacement therapy, but says, thus far, he has avoided needing chemotherapy. While VA was helping him in his battle against prostate cancer, he came across something that would give him reason to keep fighting.

“I was sitting in the waiting room at the hospital, and I saw a video for the National Veterans Summer Sports Clinic. I thought it looked like so much fun. I had never gone surfing or kayaking.”

Oldest member of the team a source of youthful exuberance

Jackson talked to his provider about how to get involved in the winter of 2019. When the registration for the following year’s clinic opened, he registered immediately.

Due to the pandemic, the 2020 and 2021 in-person summer clinic was cancelled and held virtually. Finally, when the 2022 registration opened, Jackson jumped at the chance. “After everything that has happened with my health recently, I wasn’t going to miss another year.”

It’s a 2,100-mile journey from Cookeville, Tennessee, to San Diego. Over several days, Jackson made the drive with a singular goal of attending the clinic. While he was excited about the opportunity to participate in so many new activities, he had some reservations about how he would react to being around other former service members.

“For the longest time, I wanted to avoid anything with the military or Veterans,” he said. “I didn’t want to talk about where I served and what I did. But then I met these people—I can’t believe I made all these friends and got to do all these activities.”

“Brothers, sisters, get out of your house!”

Jackson was an inspiration to Team Neptune, his assigned team for the clinic. Despite being the oldest member of the team, he was a source of youthful exuberance. From the moment he arrived in a bright Hawaiian shirt to leading his team with a song while kayaking, he made a point to touch every Veteran on his team and their competition.

This experience was one that Jackson says will help him bring others out of their “bunker.”

“I would encourage every Veteran to look into this. Brothers and sisters, get out of your house! Look up these events and get involved.”

His time at the National Veterans Summer Sports Clinic has given him a new way of helping his fellow Veterans: introducing them to adaptive sports and recreational therapy.

“I’m still their Doc. This is how I’m going to touch more Vets and save more lives,” he said.