Delivers replacement valve through artery rather than the open heart surgery 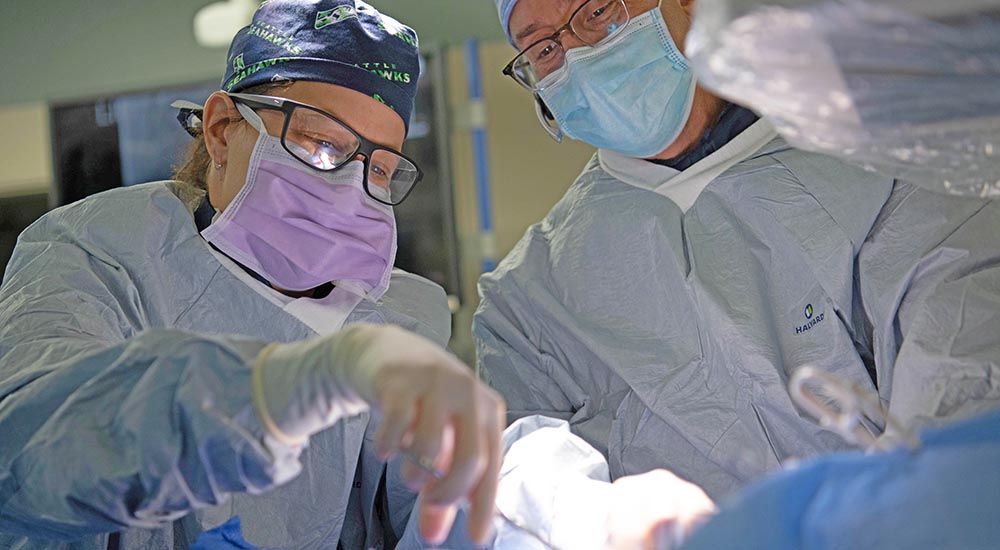 For 100 Veterans at the Cleveland VA, TAVR means not having to undergo open heart surgery.

Transcatheter Aortic Valve Replacement (TAVR) is a procedure that delivers a replacement valve through a large leg or chest wall artery rather than the open heart surgery approach. Some patients, especially those with Aortic Stenosis, have other severe medical problems making open heart surgery dangerous.

Air Force Veteran Perry Fennell, 77, is one of those Veterans. Fennell suffered from increased fatigue and shortness of breath.

His primary care doctor at the Cleveland VA discovered a murmur during his heart exam and an echocardiogram detected severe Aortic Stenosis (AS), a degenerative narrowing of a heart valve. After further medical testing, he was referred to the Structural Heart Team.

Fennell had a history of other severe medical problems which were well managed but put him at increased risk for complications from open-heart surgery. He has a difficult time walking, and both he and his loved ones were very concerned about how he would manage after a major operation.

Once the Structural Heart Team completed and reviewed all the testing, it was decided that he would be a candidate for TAVR.

Home the next day

The procedure went exceptionally well. After a brief period of observation, Fennell was able to go home the very next day. Later in the week, he was on the mend, on his riding lawnmower, taking care of his yard and getting back to normal. 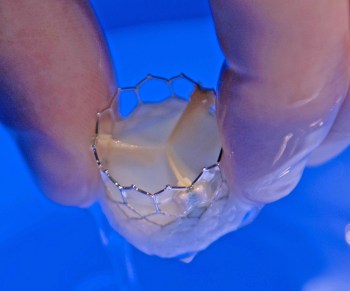 In 2017, medical professionals from the Cleveland VA developed a Structural Heart program. By 2019, construction on two state-of-the art hybrid operating rooms was completed. This allowed a space where advanced open operations, along with interventional or catheter-based procedures and operations, can be performed.

In May 2019, the first TAVR was performed. The team has now performed 100 procedures with excellent results and lower than average complication rates.

Before the procedure can be performed, patients go through an extensive work-up process. The patients are generally older and may have other medical challenges. The Structural Heart Team meets with the patient to discuss the available treatment options and come up with the best plan for the patient.

In certain cases, surgery or TAVR may not be an option as some patients are at the end of their life.

Once a plan has been made, the patient will be prepped for the procedure. It lasts about 90 minutes with more than two thirds of patients going home the very next day with no incisions or special care. More than 90% go home by post-op day two. Surgery patients usually stay 5-7 days, and high-risk patients can stay much longer.

The TAVR procedure is the result of collaboration from the physicians and their larger teams: cardiac surgery, cardiac cath, and EP lab and OR. Other departments, including anesthesia, echocardiography, radiology and vascular surgery all come together to perform the procedure for our Veterans at Cleveland VA.