From Afghan pilot to Afghan refugee to taking flight again 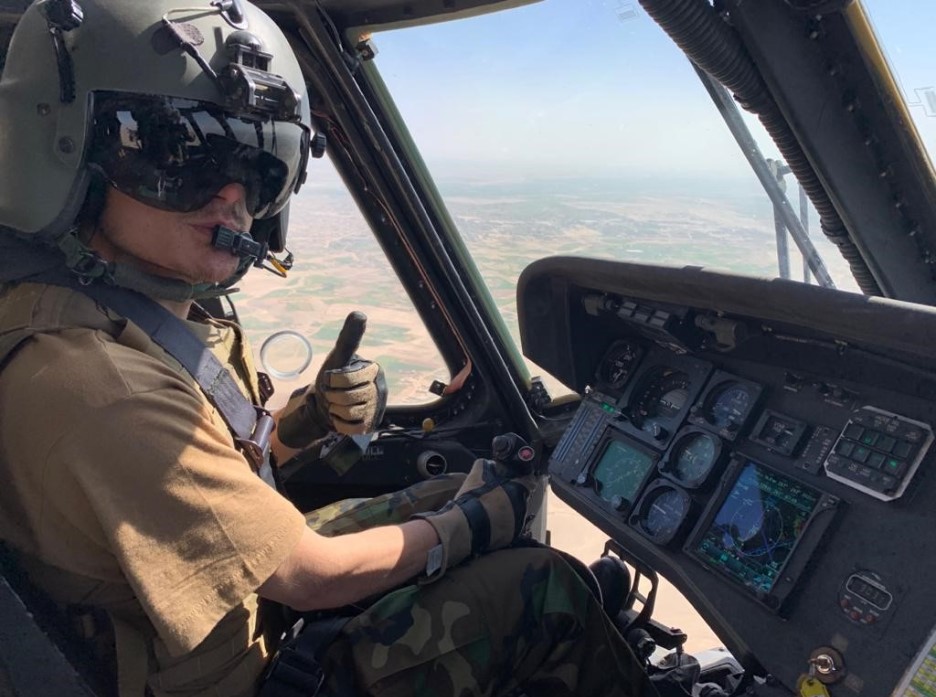 Shahpur Pazhman had a natural talent for flying. It was easy to recognize. So easy that after high school in Kabul, he was accepted into the Afghan Air Force University’s officer candidate program and became one of 15 people selected to receive advanced flight training in the United States.

In 2017, after two years at the U.S. Army Aviation Center of Excellence in Fort Rucker, Alabama, Shahpur received his wings, becoming one of four UH-60 Black Hawk helicopter pilots in the Afghan Air Force (AAF).

Returning to Afghanistan, he flew missions with the AAF’s Kandahar Squadron and Kabul Squadron. He then served as an instruction pilot and trained the next generation of AAF Black Hawk pilots. 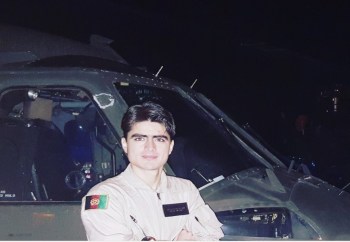 When the Afghan government collapsed in August 2021, the Taliban placed a target on his back. Evading Taliban checkpoints and dodging search parties for weeks, Shahpur and his wife and children made it through the Kabul Airport security perimeter and were evacuated to the United States via Qatar and Germany.

When Shahpur received his UH-60 qualification in 2017, he also received a congratulatory letter from Sen. John McCain, who passed away the following year. The former naval aviator and Vietnam prisoner of war stated, “Be proud of your accomplishments and never stop believing in yourself.”

Reached out to a colleague from flight school

It’s hard to believe in yourself when you’ve gone from Afghan pilot to Afghan refugee. You need some help when you’re without a home, transportation or employment; when you have a family to support and no assets; when you had to destroy your valuable flight records to protect yourself from your enemy; and when you have a job search process to navigate that is both foreign and complex.

Sometimes that help comes from places and people you don’t expect. Strangers even.

Residing in temporary housing in Phoenix, Shahpur reached out to a colleague from flight school to begin networking. Eventually, he connected with Bridge My Return (BMR), a tech-enabled hiring platform for the military community. He completed his BMR profile.

He’s back in the air

BMR contacted Blackstone, a leading private equity firm, a relentless military advocate, and a BMR partner whose commitment to serve historically underrepresented talent is reflected in its establishment of Blackstone Career Pathways. Blackstone, in turn, connected BMR with Signature Aviation, a Blackstone portfolio company and the world’s largest network of fixed base operations. Signature published some of its jobs on the BMR platform. BMR’s skills-to-skills matching algorithm connected Shaphur’s profile with an operations position in Phoenix.

Once the match was made, an interview was scheduled. However, the route was bumpy because of transportation challenges and Shahpur’s understandable unfamiliarity with the job interview process in this country. Signature Aviation understood. They extended grace. Then they extended an offer.

Shahpur, who did not land his dream job, wants to fly again. Yet, he’s already taken flight. He’s in the right industry with a company that “gets” him. He’s back on course, having just received an employee recognition award from his new employer.

Shahpur heeded Sen. McCain’s advice to “never stop believing in yourself.” It helps when others believe in you, too.

Bridge My Return (BMR) is a tech-enabled hiring platform exclusively for the military community—Veterans, transitioning service members, guard/reserve members, spouses and caregivers. If you’d like BMR’s support to help you find new or better work, we invite you to get started here.

There is no cost to the military jobseeker.

Employers seeking to hire military talent can get the conversation started by contacting us.

Founder of Bridge My Return