Reflections from the Front: A new podcast from the VA history office

The Experiences of Women Veterans 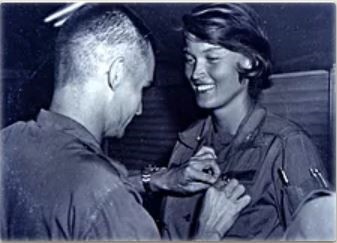 Reflections from the Front is a VA history podcast that covers the experiences of women Veterans.

Women have been a vital part of our Nation’s military, and from the very beginning. Although they were not able to serve in an official capacity until the 20th century, women have always found ways to assist America’s war efforts. From washing clothes and preparing meals in the Revolutionary War to advancing the standards and practice of nursing in the Civil War and Spanish American War, these are all endeavors that led to the creation of the U.S. Army Nurse Corps in 1901.

Women continued to break barriers in World War One with the formation of the Yeomanettes in the Navy and new positions in the U.S. Signal Corps. World War Two expanded roles for women even further with the establishment of the Women’s Army Corps (WACS), Women Airforce Service Pilots (WASPS), Women Accepted for Volunteer Emergency Services (WAVES) and The U.S. Coast Guard Women’s Reserve (SPARS) drawing 350,000 to service.

In 1948, the Women’s Armed Services Integration Act officially allowed women to serve as members of all branches of the Armed Forces. Women steadily became an integral part of military operations, with 11,000 deployed during the Vietnam War. In the years following the war in Vietnam, women have seen increased combat in various capacities. This was further solidified in 2013, when Secretary of Defense Leon Panetta lifted the ban on women in combat. Today, women make up a much greater share of the active duty military than they have at any time in U.S. history. This would not be possible without the dedication and perseverance of those brave women who came before. 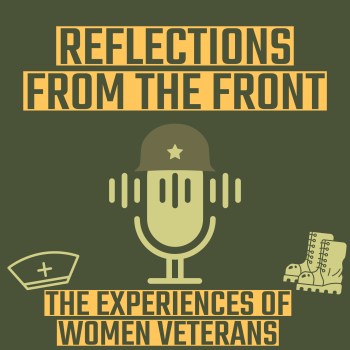 New podcast series “Reflections From The Front: The Experiences of Women Veterans”

“Reflections from the Front: The Experiences of Women Veterans” is a podcast that grew out of interviews Parker Beverly, Virtual Student Federal Service (VSFS)-VA History Office (VAHO) intern, conducted with women Veterans in the fall of 2021 and spring of 2022, with production and technical assistance provided by fellow VSFS-VAHO intern Hannah Nelson. Each episode focuses on the military career of a different woman, with some serving overseas in Vietnam or the Pacific during World War Two, while others served on the home front. Despite their varying experiences, the women all showed incredible resolve in the face of adversity. This podcast aims to shed light on the stories of women Veterans who paved the way for future generations of women in the military.

Reflections from the Front interviews

Reflections from the Front is a part of the VA Podcast Network and can be found on all major podcast platforms including iTunes, Spotify, and Google Podcasts, as well the VA History Website.