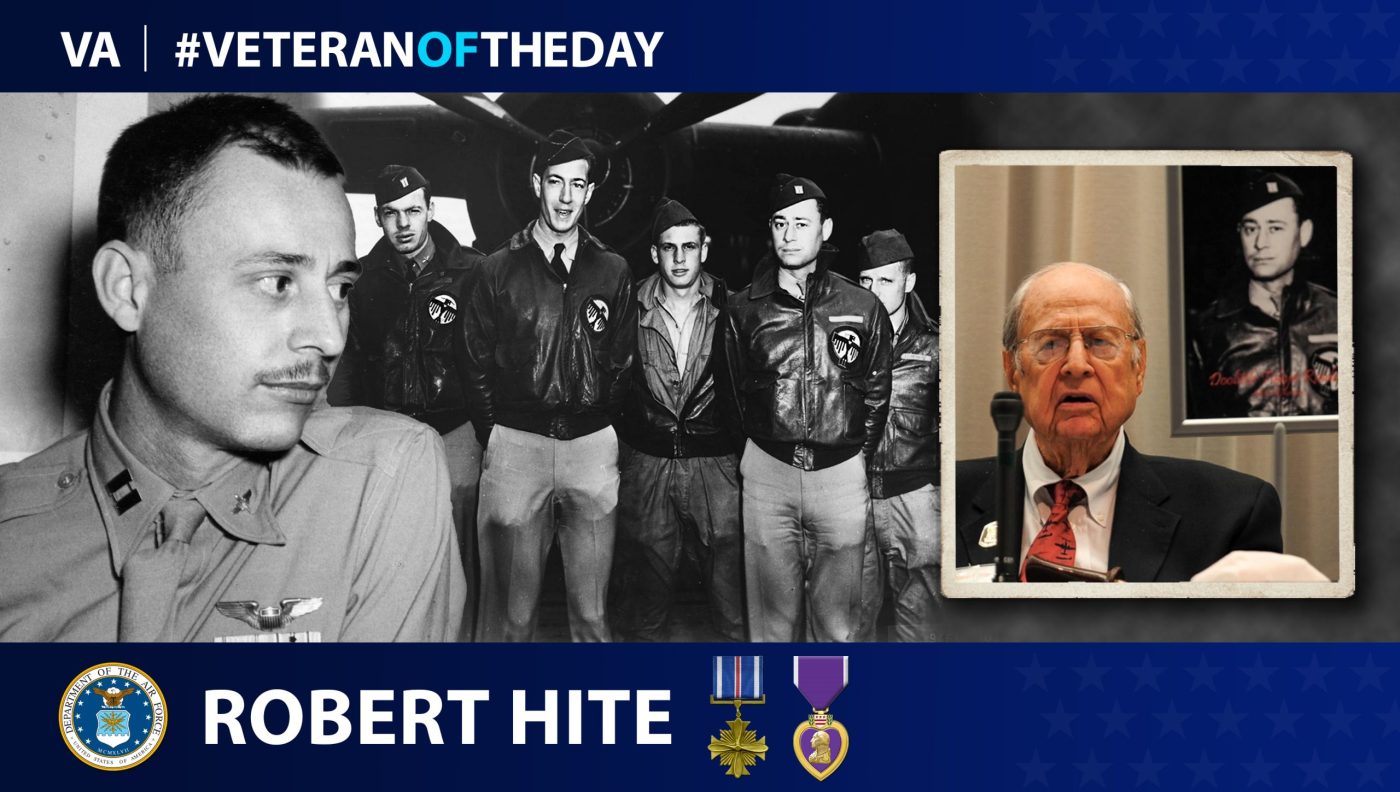 Robert Hite was born in March 1920 in Odell, Texas. His family were farmers hit hard by the Great Depression and the effects of the Dust Bowl. After graduating high school in 1937, Hite attended college to study agriculture but left to join the Army shortly before World War II broke out.

On Sept. 9, 1940, Hite enlisted in the Army Air Corps (which became the Army Air Forces in 1942) and earned his wings on May 29, 1941. In February 1942, he joined a secret bombing mission to strike Japan, now known as the Doolittle Raid, named after its leader Lt. Col. James Doolittle.

On April 18, 1942, the Doolittle Raid commenced. During the raid, Hite’s crew bombed a Japanese aircraft factory and oil facility. But, as the bombers were forced to take off earlier than anticipated, many of them ran out of fuel and crashed or bailed in China; one of them landed in the Soviet Union. Hite landed in Japanese-occupied China and was one of eight pilots taken as a prisoner of war by Japan. Initially kept in Japan, he and the other prisoners were tortured. After being moved to China, he spent much of his time in solitary confinement. After Japan surrendered following the attacks on Hiroshima and Nagasaki, the four surviving prisoners (including Hite) were released on Aug. 20, 1945.

The Doolittle Raid marked a turnaround in American attitudes toward the Pacific Theater, as the nation had not made significant progress in response to the Pearl Harbor attack on Dec. 7, 1941. It greatly increased American morale toward the war, both in military and civilian life.

Hite entered the reserve in September 1947 but returned to active duty to train pilots during the Korean War. He returned to the reserve in 1955 and then retired from the military in 1969 at the rank of lieutenant colonel. During his service, he received a Distinguished Flying Cross and a Purple Heart. After leaving the military, he operated hotels in Oklahoma, Arkansas and Texas.

Hite died in March 2015 at the age of 95. The Doolittle Raiders received a Congressional Gold Medal in April 2015.