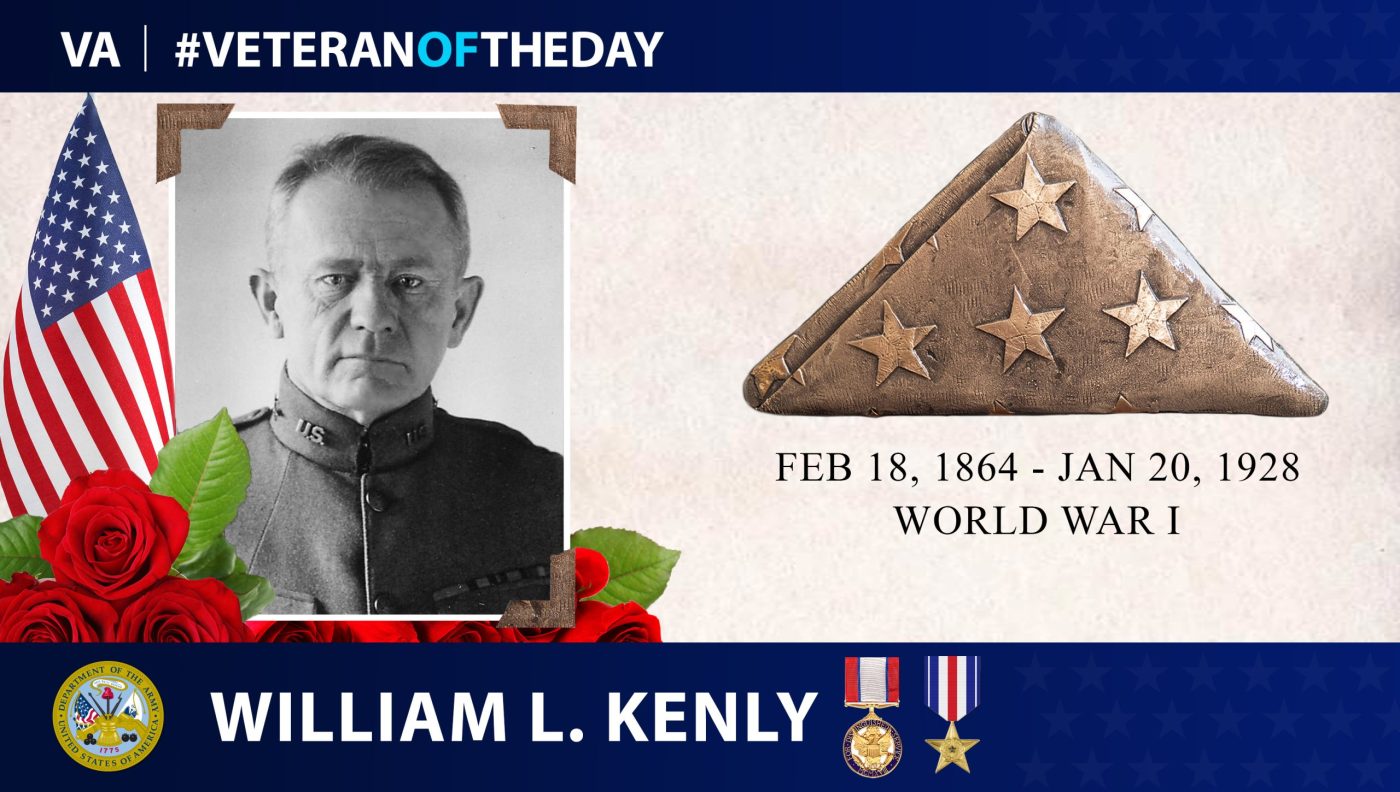 William Lacy Kenly was born in Baltimore, Maryland, in February 1864, during the American Civil War. His father served as a soldier in the Union army and later worked as the chief engineer of the Baltimore waterworks. Kenly graduated from Baltimore City College in 1883. He later attended the U.S. Military Academy at West Point, graduating in 1889 with a commission as a second lieutenant. Over the next decade, he served at various posts in the United States and fought in the Spanish-American War. He was promoted to first lieutenant in 1896; to captain in 1901; to major in 1907; to lieutenant colonel in 1912; and then to colonel in 1916.

In July 1917, after attending Signal Corps Aviation School in California and being promoted to brigadier general, Kenly deployed to Europe as commanding officer of the 7th Field Artillery. Although he was an artilleryman by training, as chief of air service for the American Expeditionary Force, he was the head of U.S. military aviation during World War I.

In April 1918, President Woodrow Wilson appointed Kenly as director of the newly established Division of Military Aeronautics; Kenly was promoted to major general a few days later, and was faced with the challenge of how to develop aircraft—a relatively new technology—into viable weapons of war.

As director of the Division of Military Aeronautics, Kenly was responsible for supervising the selection and operation of aircraft, as well as the training of pilots. During his tenure, the division maintained 36 airfields for training purposes. When the United States entered World War I in 1917, the nation’s entire military aviation force consisted of 65 officers and 1,120 men; by the end of the war, that force had increased to over 10,000 officers and 165,000 men, with more than 5,000 cadets in training.

Kenly served as director of military aeronautics until December 1918, shortly after the end of the war. In early 1919, the Division of Military Aeronautics was absorbed into the U.S. Army Air Service, a precursor to the modern Air Force. Kenly retired from the military in October of that same year. He was a recipient of the Army Distinguished Service Medal and two Silver Stars, as well as awards from the governments of Britain, France and Italy.