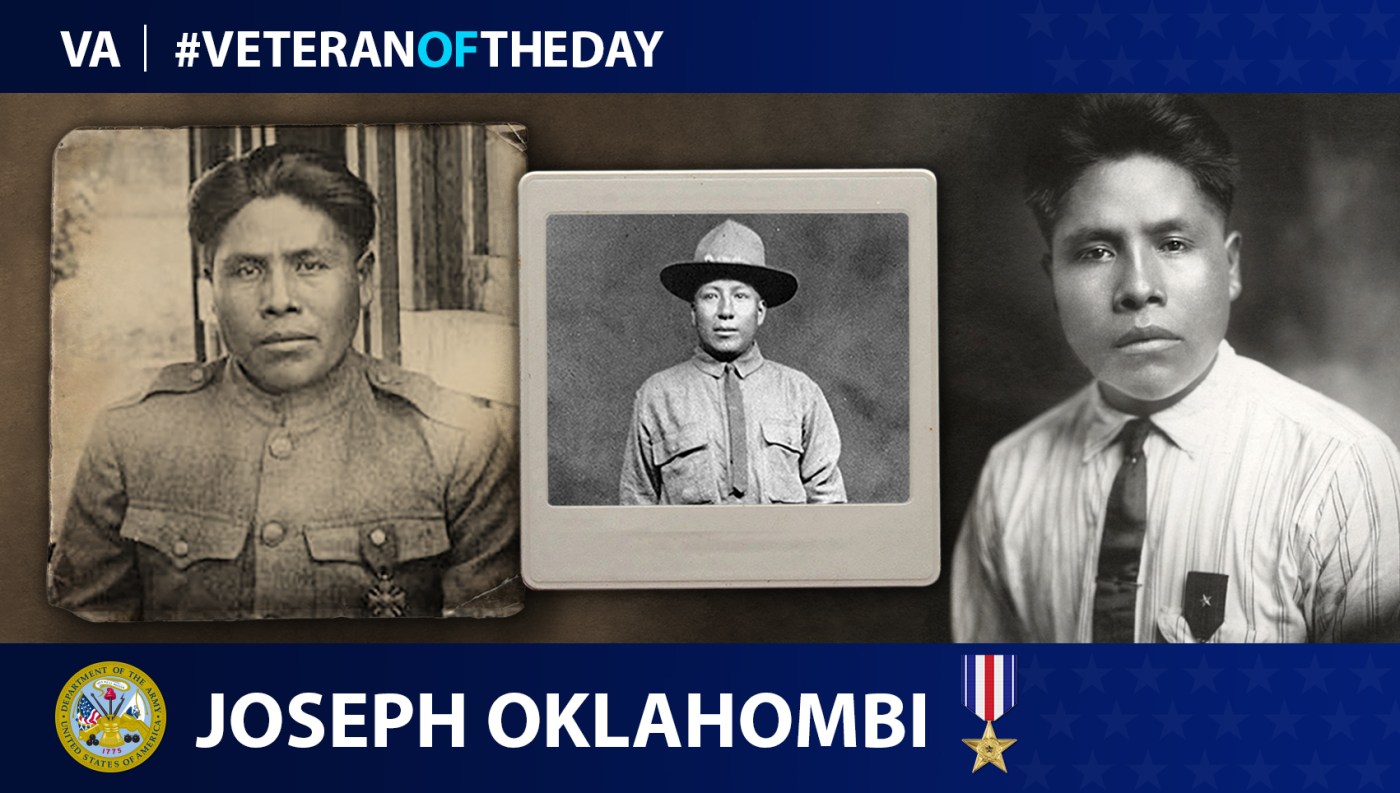 Born in May 1895 as a member of the Choctaw nation, Joseph Oklahombi was not officially recognized as a citizen of the United States at the time of his enlistment. Despite this, he enlisted in the Army and served as part of the Company D, 1st Battalion, 141st Regiment, 71st Brigade of the 36th Infantry Division during World War I.

The Army established the use of “code talkers” as a part of a strategy to combat against Central Powers intelligence-gathering capabilities, and they used Choctaw in their communications in the 36th Infantry Division due to their predominance in the division itself. Oklahombi, a native speaker, played a vital role as code talker, and proved to be an integral factor in the closing days of World War I during the Mousse-Argonne offensive.

Oklahombi served as a translator in Company D. He accompanied 23 soldiers in an assault on an enemy position in St. Etienne, France, during which he helped lead the capture of a machine gun nest by purportedly dashing 210 yards through barbed wire entanglements while under fire. Alongside the rest of his company, he captured 171 enemy combatants. Oklahombi held his position for four days, braving fire while collecting information and aiding the wounded.

At the close of the war, Oklahombi returned to his wife and son in Wright City, Oklahoma. He would enlist again in World War II, but was not selected for the draft. Later in life, he was offered a role in a movie but declined it, as he did not want to leave his farm or fishing behind.

For his service, Oklahombi was awarded a Silver Star with a victory ribbon and the Croix de Guerre from the Republic of France. He was honored once more, on the 100th anniversary of World War I, when the Joseph Oklahombi World War I Choctaw Code Talker Bridge was dedicated in his name. According to his wife, this bridge was built over the creek in which he often fished.