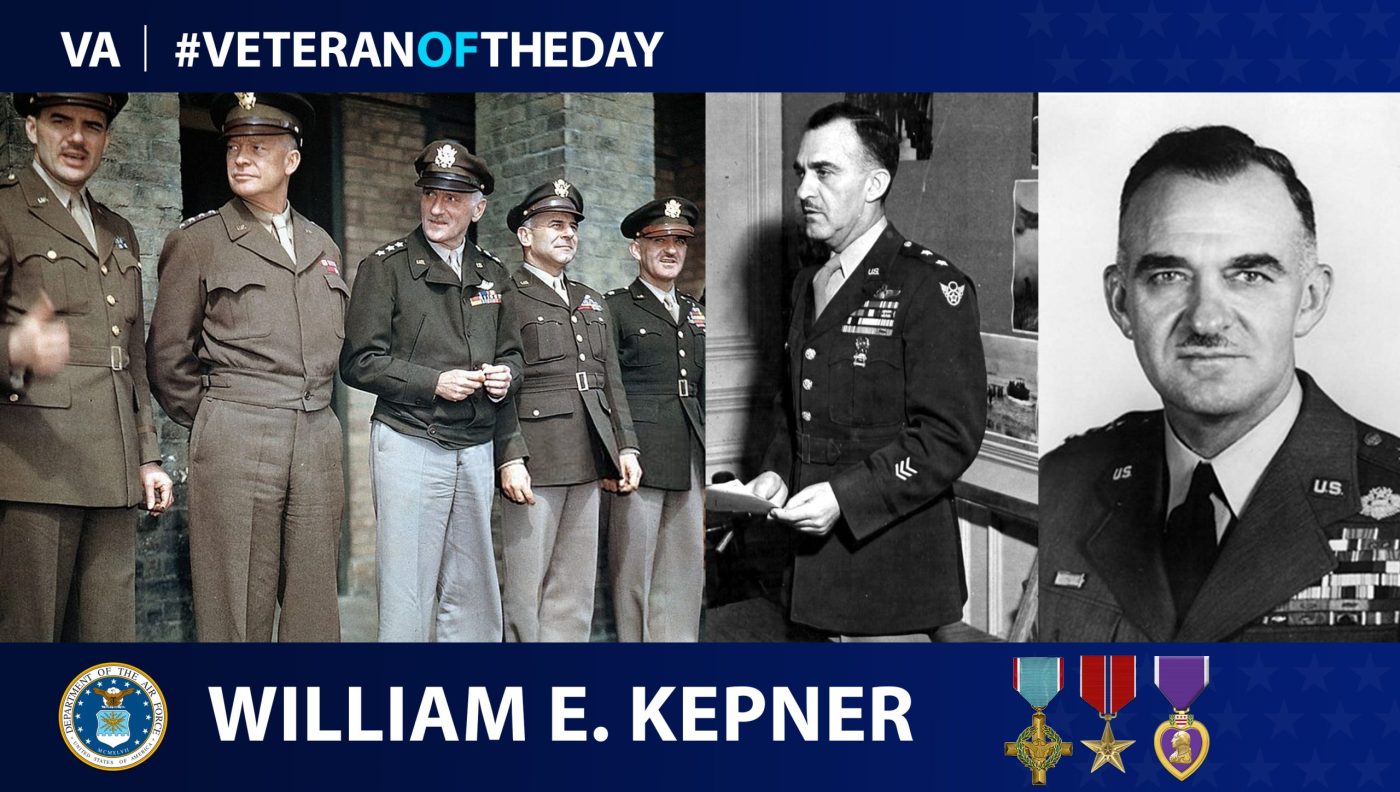 William E. Kepner is a decorated war Veteran who served on active duty spanning 45 years. He retired after a long military career, having earned a Distinguished Service Cross, a Purple Heart, a Distinguished Flying Cross, three Legions of Merit, a Distinguished Service Medal, a Bronze Star Medal, an Air Medal and a Marine Corps Good Conduct Medal. He also received decorations from five nations outside the United States, which include Great Britain, Belgium, France, Poland and China.

Kepner began his military career in 1909 by enlisting in the Marine Corps, where he served until 1913. In 1916, he became an officer in the Indiana National Guard.

In 1918, Kepner commanded a company with the American Expeditionary Force (AEF)—the official name for American forces that fought in World War I—at the Battle of Château-Thierry, the first major battle of the war that involved the AEF. He led the 4th Infantry’s 3rd Battalion in the Meuse-Argonne offensive, one of the final Allied combat actions in the war. The P-47 Thunderbolt Pilots Association details that Kepner “was engaged in most of the battles where Americans were involved,” which, besides the aforementioned events, included offensives at Aisne, Champagne, Marne and St. Mihel.

After World War I, Kepner spent a decade training in balloon and airship piloting, which resulted in him being promoted to major in October 1930. He competed in four international balloon races, earning first place in two races, second place in one race and third place in the other. He completed flight school in 1932, which enabled him to fly fixed-wing aircraft for the Army Air Corps.

As a pilot, Kepner is celebrated as a pioneer. He flew Maj. Ira C. Eaker 2,600 miles across the United States from the Atlantic to the Pacific in an experimental flight. He also attempted to break the record for highest altitude in a manned balloon and established new standards for ground-to-air support of fighters and bombers in World War II, notably in the period before, during and after D-Day. He flew in 24 combat missions throughout the war.

Kepner received his highest rank of lieutenant general in June 1950 and became commander-in-chief of Air Force Alaska Command in the same year. He retired from military service in February 1953.