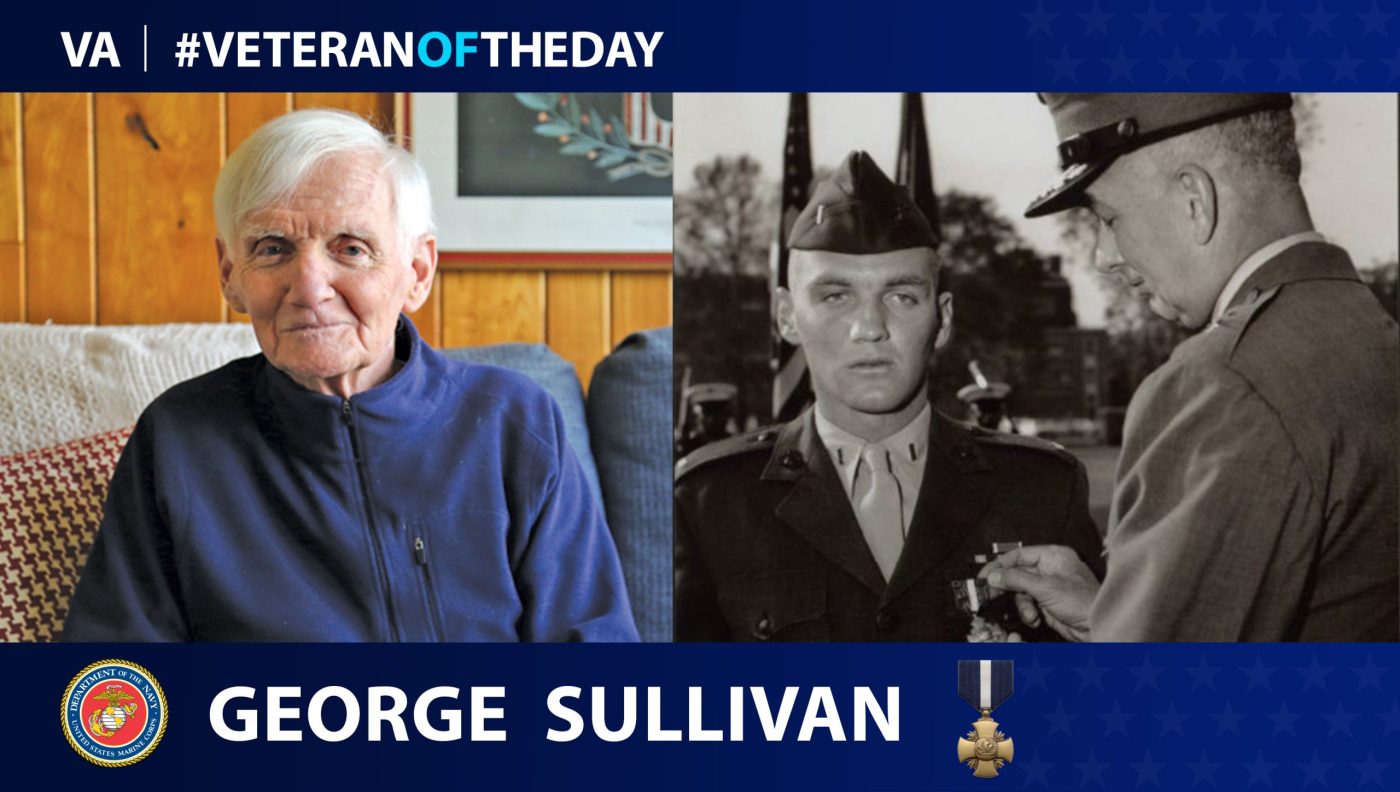 George Robert Sullivan was born in January 1944 in Brooklyn, New York. A year later, his family moved to Lynbrook, New York, on Long Island. In 1962, Sullivan graduated from St. Agnes High School and enrolled at Iona College, majoring in business administration. He also joined the Platoon Leaders Class, which is a Marine program similar to the Reserve Officers’ Training Corps. Through this, he trained at Marine Corps Base Quantico in Virginia during the summers of 1963 and 1965.

After graduation in 1966, Sullivan was commissioned as a second lieutenant and reported back to Quantico for The Basic School. He spent five months in training, graduated in November 1966 and became an infantry officer. He was sent to Camp Pendleton, California, in preparation for Vietnam. In January 1967, he arrived in Da Nang in South Vietnam and was assigned as a rifle platoon leader in the 3rd Division, 4th Regiment, 3rd Battalion, L Company.

Sullivan’s unit spent several weeks protecting a bridge over the Cam Lo River in Quảng Trị Province. His platoon was assigned to a “Sparrow Hawk” reactionary team in Đông Hà, responding to enemy sightings in the region. On March 17, the platoon was alerted to a group of Viet Cong in a village north of Đông Hà. While sweeping through the village, the platoon was attacked by a Viet Cong battalion. Sullivan ran through enemy fire, eliminated an enemy machine gunner with a grenade and fixed a jammed American machine gun. He maneuvered through enemy fire again, picked up one wounded Marine and dragged another, taking them to safety.

After this, Sullivan was wounded seven times, with the most serious in his left leg. While the firefight continued, he was not evacuated until later in the evening. He was taken to the hospital ship USS Repose. After undergoing three surgeries, he was informed that his leg was infected and would be amputated above the knee. He spent three weeks in total on the ship before making his way back to the United States.

On Nov. 1, 1967, Sullivan retired from the Marine Corps as a first lieutenant. At his retirement ceremony, he was presented with a Navy Cross for his actions on March 17. After retiring, he returned to school and earned a master’s degree in business administration from New York University, focusing on taxation. He started an accounting firm and served six terms as a tax receiver in Southold, New York.

He was a life member of Disabled American Veterans, participated in the Amp-to-Amp program and is honored at the American Veterans Disabled for Life Memorial in Washington, D.C. He also played a role in the construction of the Suffolk County Vietnam Veterans Memorial. Sullivan died in January 2020 at 75.