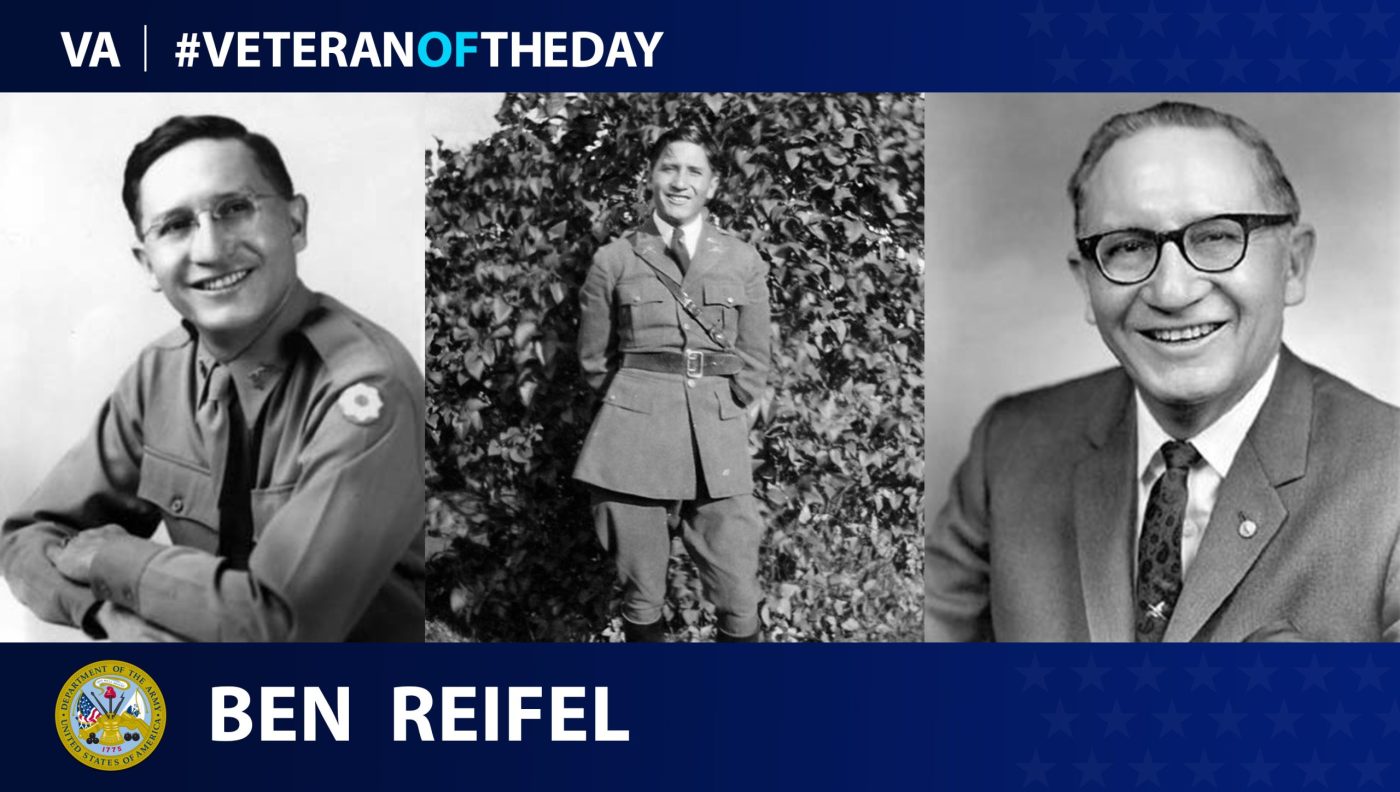 Benjamin “Lone Feather” Reifel was born in a log cabin in Parmelee, South Dakota, on the grounds of the Rosebud Indian Reservation in September 1906. After working on his parents farm and finishing high school, he enrolled at South Dakota State College. He paid for school with the help of one of the first government loans that provided financial aid to American Indian students. Reifel graduated with a bachelor’s degree in agriculture in 1932. In 1933, he began working at the Bureau of Indian Affairs (BIA), where his knowledge of both reservation life and the Lakota language would prove especially useful. He would remain with the BIA for most of the next three decades.

Reifel was commissioned as a second lieutenant in the U.S. Army Reserve while he was in college, but he was not called to active duty until 1942, during World War II. He was stationed at Fort Leavenworth, Kansas; Fort Bliss, Texas; and Camp Chaffee, Arkansas. He later transferred to Europe and served in both France and Germany. In 1946, with the war over, he was released from active duty with the rank of lieutenant colonel. He then attended Harvard University, earning a master’s degree in public administration in 1950, followed by a doctorate in 1952.

In 1960, Reifel resigned from the BIA to run for Congress. He was elected to the House of Representatives for the state of South Dakota, becoming the first person of Sioux ancestry to serve in Congress, as well as the only American Indian congressman to serve during the 1960s. As a legislator, Reifel advocated for the interests of American Indians, pushed for the coeducation of Native American and non-native students, and helped to establish the National Endowment for the Humanities. He also supported the passage of the Civil Rights Act of 1968, which granted legal protection to Native American tribes.

Reifel was elected to five two-year terms in Congress but decided not to run for a sixth term. In his later years, he served as the commissioner of Indian Affairs at the BIA and was appointed by President Richard Nixon as the first interior secretary for Indian and Territorial Affairs. He also served as board president of the South Dakota Art Museum. In 1977, he established the first collection of Native American artwork at the museum, donating many of the exhibits himself.