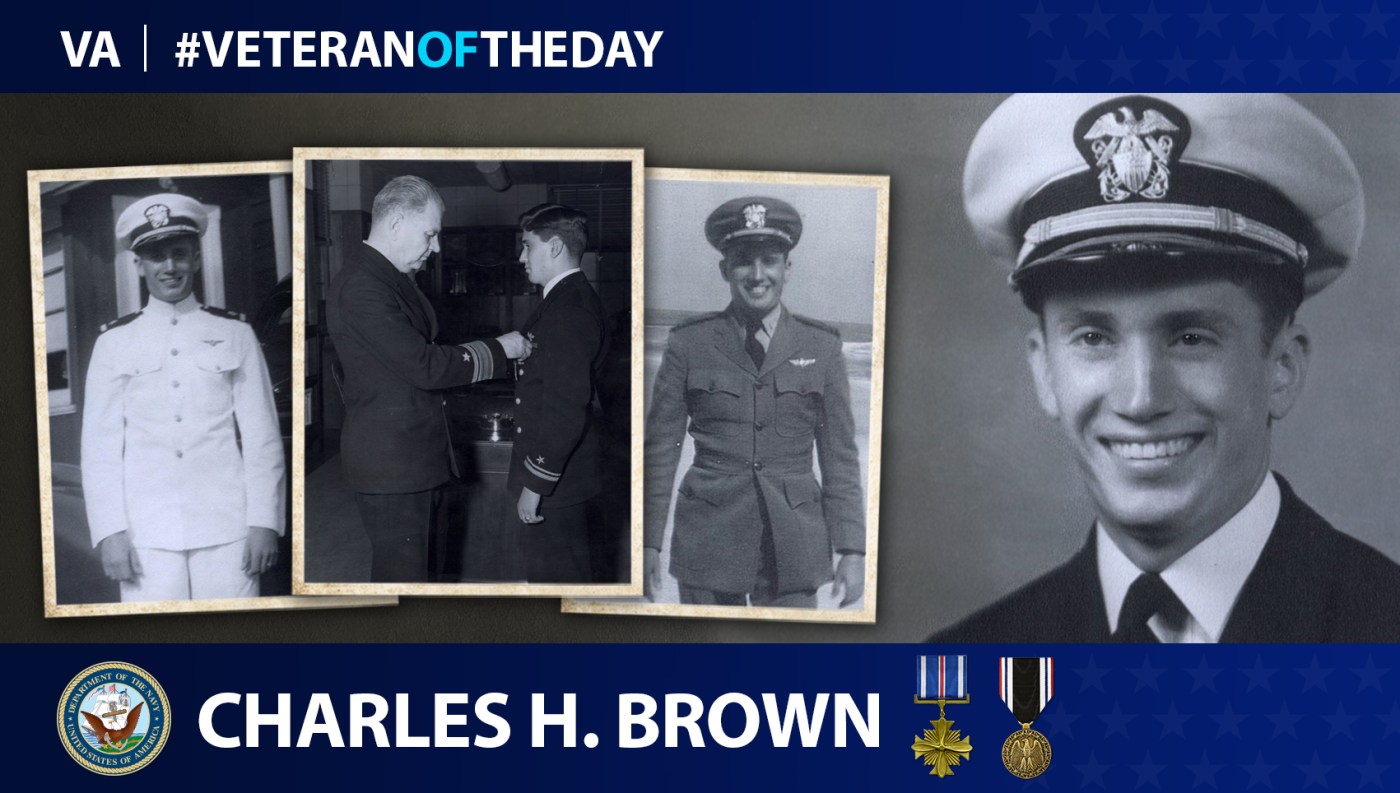 Charles H. Brown was born in August 1924 in Kingwood, West Virginia. After turning 18, he began attending Potomac State College. Two months later, however, he wanted to join the Navy, hoping to become a pilot. His mother agreed to him enlisting with the stipulation that he would finish college after his service.

On Feb. 10, 1943, Brown was called to active duty and sent to Ellisville, Mississippi, spending two months in the Civilian Pilot Training Program. He was transferred to Athens, Georgia, for three months of pre-flight school. Next, he was sent to Hutchinson, Kansas, for three months and then to Corpus Christi, Texas, for six months. Through all of this training, Brown learned to fly several different aircraft, including the Piper J-3 Cub, the Boeing-Stearman Model 75 and the North American SNJ-4.

On April 1, 1944, Brown was commissioned as an ensign and transferred to DeLand, Florida, for three months, undergoing dive-bomber training in a Douglas SBD Dauntless. Afterward, he was sent to Naval Station Great Lakes, where he learned to land on an aircraft carrier by practicing on Lake Michigan with USS Wolverine. Following this, he joined Air Group 12, VB-12 in Astoria, Oregon, where he learned to fly a Curtiss SB2C Helldiver. On Jan. 20, 1945, he left for the Pacific theater aboard USS Randolph.

On Feb. 16, 1945, Brown embarked on his first mission: targeting Japanese aircraft and airfields around Tokyo. During this mission, he and his crewman were shot down and crash-landed. The two Americans were captured and interrogated for two weeks by the Kempeitai. Brown explained in an interview with the Veterans History Project that he was considered a “special prisoner” and was never registered as a prisoner of war. He was beaten as he only gave the Japanese his name, rank and serial number. He was also exposed to body lice. He was taken to Ōfuna Camp, placed in solitary confinement for six weeks and subsisted on a diet of boiled barley and soup.

Later, he was taken to a prison camp in Ōmori. The camp was dirty and rat-infested. Brown lived in an overcrowded barracks surrounded by barbed wire. On Aug. 15, 1945, he heard a speech from the Emperor of Japan over the camp’s speakers, announcing the Japanese surrender. Due to malnutrition, he lost his memories of being freed. During his time as a prisoner, he had lost 43 pounds and contracted scurvy and beriberi. After being freed, he was taken to USS Benevolence to recover and was sent back to the United States. In 1946, he left the Navy at the rank of lieutenant junior grade.

For his service, Brown received a Distinguished Flying Cross Medal and a Prisoner of War Medal. Fulfilling his promise to his mother, he graduated from West Virginia University and practiced law for 50 years in his hometown. In June 2019, died at 94 years old.