“Overwhelming to see volunteers give of their day.” 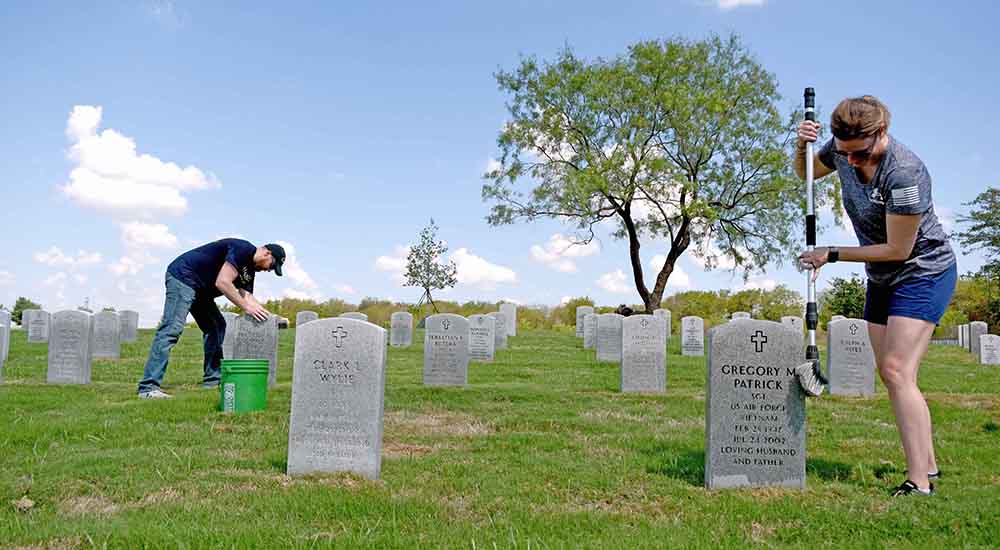 This is the fourth annual National Day of Service honoring those who served in the nation’s armed forces taking place at more than 60 cemeteries across the country.

Volunteers gathered brushes and buckets, worked in teams, and set out to clean every single headstone at DFW National Cemetery. 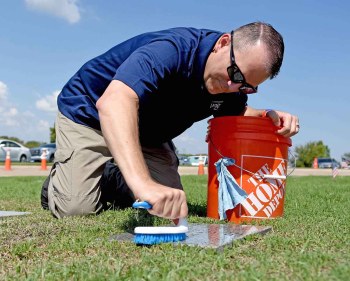 Randy Sadler cleans headstone: “My mom is laid to rest here. For me, it is very personal.”

In the photo above, husband and wife team Greg and Mariah Gagnon clean headstones at the cemetery. Greg is a Navy Veteran and Mariah is currently serving in the Army National Guard.

A meaningful way to honor their sacrifice

“Carry the Load is here to provide a meaningful way for Americans to honor the service and sacrifice of our military and first responders,” said Cody Bandars, Navy Veteran and Carry the Load ambassador. “Today we are cleaning headstones at DFW National Cemetery to honor lives lost on 9/11 as well as those who served and volunteered in the military after 9/11.”

Sean Baumgartner, Dallas-Fort Worth National Cemetery assistant director and Air Force Veteran, said having volunteers clean headstones and beautify the sacred grounds was helpful and they were appreciative for their time and hard work.

Hope to inspire a younger generation

“Having volunteers here also means a great deal to me as a Veteran,” said Baumgartner. “It’s good to see those in the community who want to give back. We’re free and we have these liberties because of our Veterans and it’s an overwhelming feeling for me to see them give of their day when they can be doing something different. It’s very humbling.”

Volunteers of all ages, families, Veterans and non-Veterans showed up to show their appreciation. Randy Sadler, who served 28 years in the Air Force, decided to volunteer at a place that was special to him.

“My mom is laid to rest here,” said Sadler, whose parents are both Veterans. “So, for me it is very personal. And my hope is that through my volunteerism it may inspire a younger generation to continue to show patriotism in this way.”